An extraordinary city in an extraordinary state that quickly rose up out of the post-war rubble and became a shining example for many others. If you dig into the history a little, you find that the most amazing Japanese wonders were built here in the 60s and 70s! The Japanese high-speed train Shinkansen (or should that be ‘Sinkansen’?) has been hurtling along at speeds of over 250 km/h since 1964! These railway lines are older than me!

And Tokyo’s raised expressways with their multi-tiered junctions also appeared in the early 1960s! Remember the scene from Tarkovsky’s Solaris where Berton rides in the car (automatic, by the way, with no driver)? That scene was filmed in Tokyo in 1972. Interested in seeing Tokyo 46 years ago? Then click there link above.

The interesting thing is that all this was conceived, planned, designed and built in the late 1950s and early 1960s, that is, in the middle of the last century! And since then, they’ve been working to improve, accelerate and optimize all this splendor. They kept building roads, built hundreds of kilometers of tunnels for the local metro, the Shinkansen trains got 50 km/h faster. But nothing fundamentally new and groundbreaking was created. Back then, 50 years ago, it was undoubtedly the city of the future. And overall, it has remained such. While we were mulling over these thoughts, my fellow traveler A.M. came out with the phrase: “The former city of the future”. And that description is spot on. 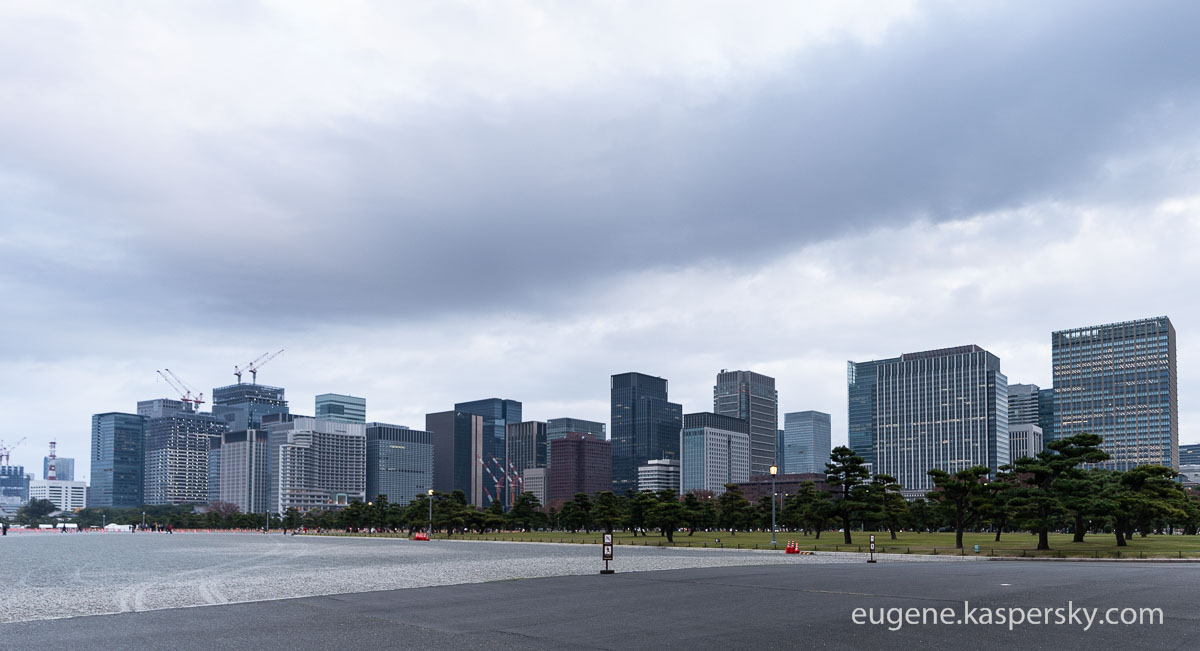 Views of the megapolis from the hotel I’m currently staying at. No view of the sacred Mount Fuji this time – it is somewhere over there, beyond the clouds in the middle of the picture: 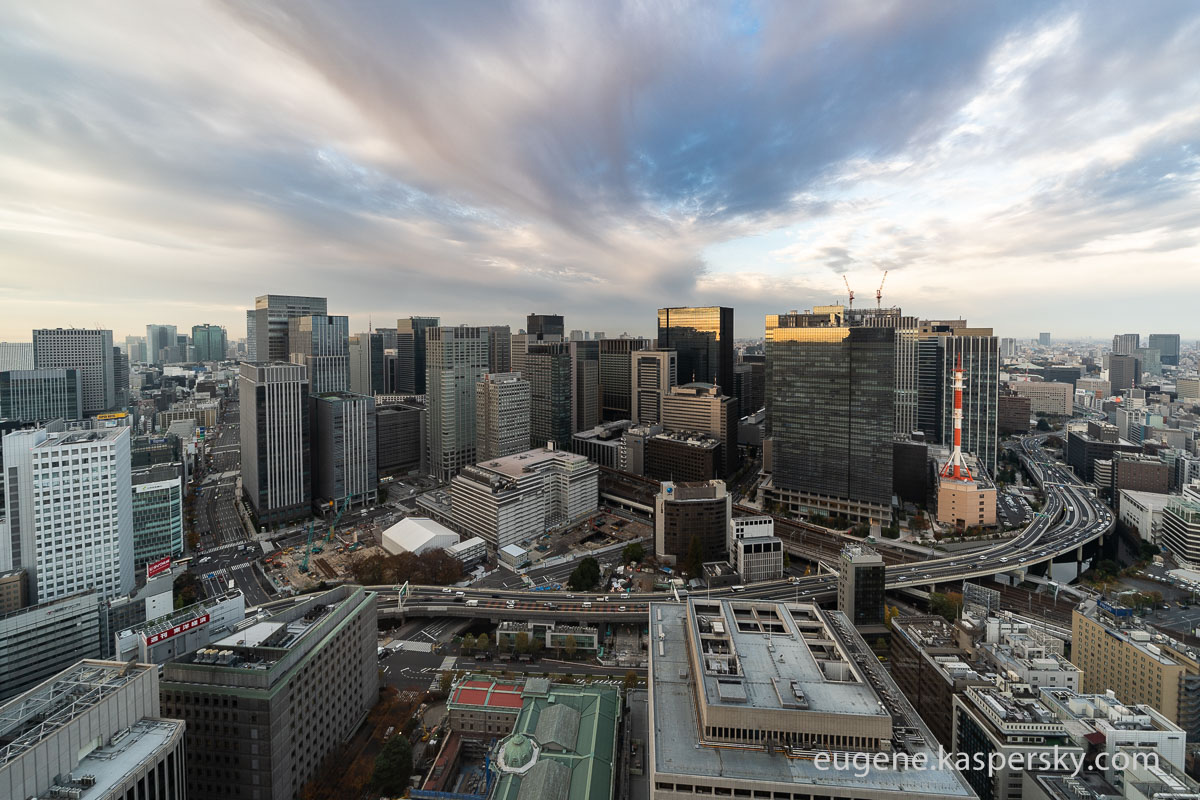 I repeat, this is a megapolis: 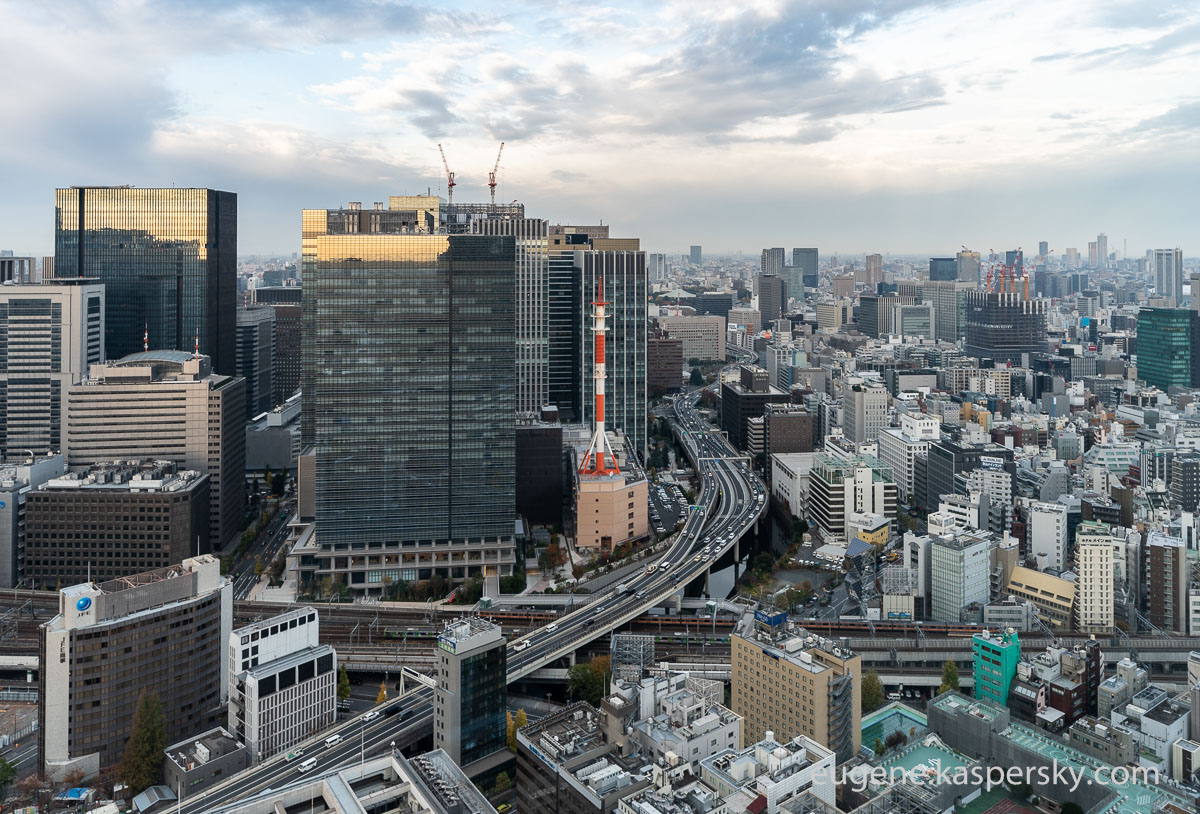 Same place with the lights on: 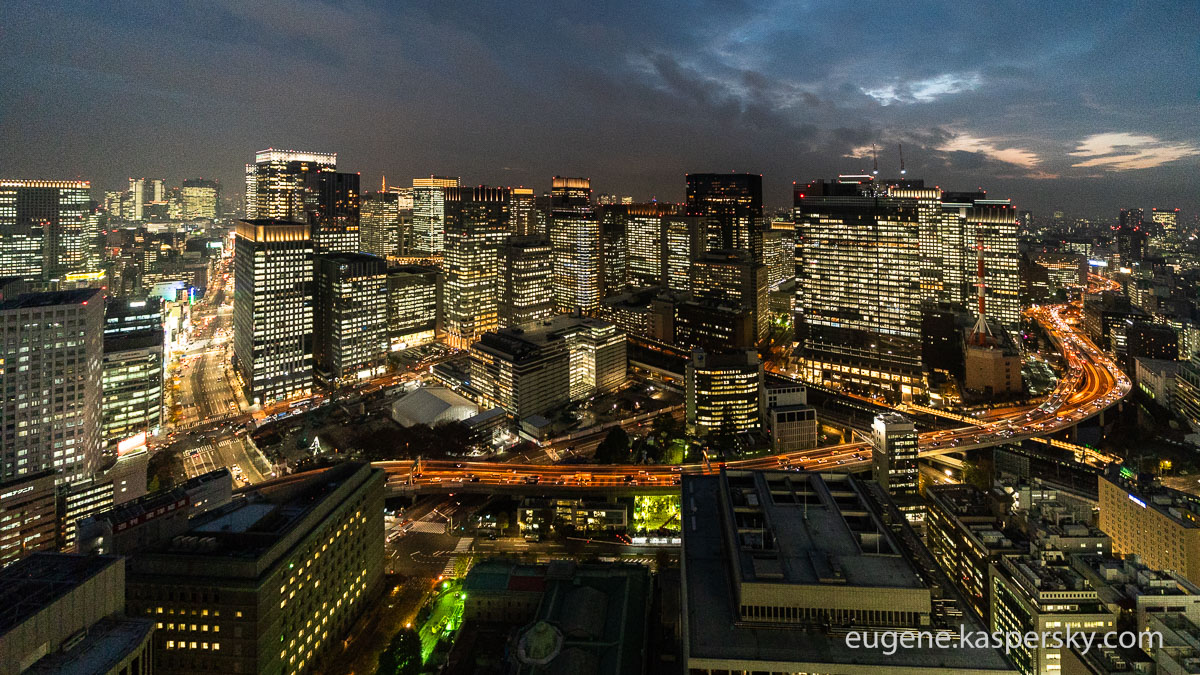 And in the dead of night, when the streams of cars have all returned to their garages, the night racers come out and start racing along the local highways at speeds well beyond 200 km/h, or at least that’s what it looked like. Speed cameras don’t appear to be that popular here :)

Unfortunately, it didn’t cross my mind to get some proof on video. Will do better next time.

That’s all from Tokyo for this time. Now, get back to work everyone!

P.S. We routinely collaborate with video bloggers from different countries. As always, the Japanese vloggers rock it!