Have you ever been inside a genuine fortress built by actual Crusaders? I hadn’t – and I’ve been to so many different interesting historical places in the world I’ve lost count. But finally, recently, I did it: my first crusader castle visit!

Here we are – a fortress built on a high, small patch of land jutting out into the sea that’s surrounded practically on all sides by steep slopes, and down below in the sea are the ruins of former piers and docks.

So this is where they lived, built, killed, and were killed. This is where they’d come and go, fighting wars for a principle, religious faith, money, and/or – probably – just for the adrenaline rush or to ease existentialist melancholy with a large dose of disciplined and ‘righteous’ military action!

New cities on the horizon in both directions:

These ruins were once the ancient city of Apollonia-Arsuf in Hellenistic and Roman Judea, which is today Israel.

The city was founded some two-and-a-half millennia ago! The booklet I purchased there tells me how all kinds of different inhabitants lived here down through time: first, the ancient Persians; second, the ancient Greeks; third, the Romans; fourth, the Byzantines; fifth, the Arabs; sixth, the Crusaders; seventh, the Arabs again. Today it’s not far from Tel Aviv, has been extensively excavated, and is now part of Apollonia National Park.

And you turn around and see a modern-day beach-resort paradise:

Here’s a question for all you photographic maestros: which axis is not as straight as it should be – the horizontal or the vertical? What do you reckon?

Answer: the photo was taken at Taoyuan Airport in Taiwan. So how could you work it out? By the map coordinates lit up on the bright yellow sign there!

We flew next to Hong Kong – incidentally, just announced as the most expensive city in the world! – and after four hours there it was upward and onward to Ben Gurion Airport in Tel Aviv, Israel’s main airport.

Here’s the route we’d taken, btw – winding around territory down on the ground deemed unsuitable for commercial air travel: 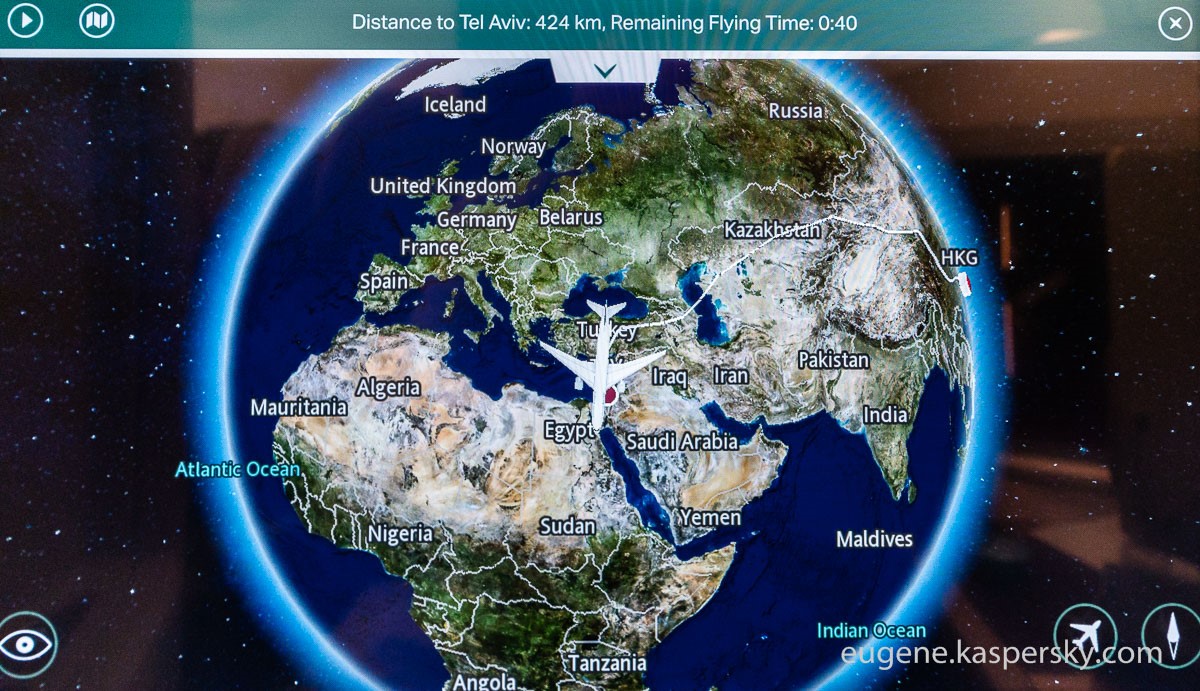 A while later I was back on another plane heading somewhere else. That somewhere else is a lot cooler, and a place where it rains a lot more often than in Tel Aviv. It’s in the following two pics. Admittedly this is a toughie, but possible. Come on folks – grab your opium pipe, deerstalker, and magnifying glass and start sleuthing…