I’ve been mentioning Fiji a few times in the last few posts. Well now I’m not just mentioning it, I’m providing you herewith my photo report thereon! As you can expect, it’s more of the same: Polydise! See for yourself! ⇨

But wait! Not quite Polydise!…

Because, though it’s in the same ocean and the same atoll thing’s going on, this ain’t French Polynesia. This is an independent island country. And it was formerly a British colony – and it figures: more rain falls here than in Manchester! And twice as much than in Tahiti, and five times as much than in Moscow!

The rain season here runs from November to April – that is, half a year! Still, it’s not quite ‘half a year of bad weather’. It’s always tropically hot here. Once you get used to your clothes always being drenched with sweat, you can feel quite comfortable here.

But back to geography. Like I say, this isn’t Polynesia; it’s Melanesia. Sounds like a sleep aid or tummy settler, but it’s actually a sub-region of Oceania.

How many islands are there in the Pacific Ocean? From 20 to 30 thousand, according to Wikipedia. And out of all those more than 300 are Fijian: two large ones, several mid-sized ones, and the rest tiny islands and atolls.

We took a helicopter excursion up above Fiji, which sure is the way to go to take in all the beauty down below. You can’ t fly over the whole of Fiji in a day, only part. The bit we inspected was the northeastern bit, marked below: 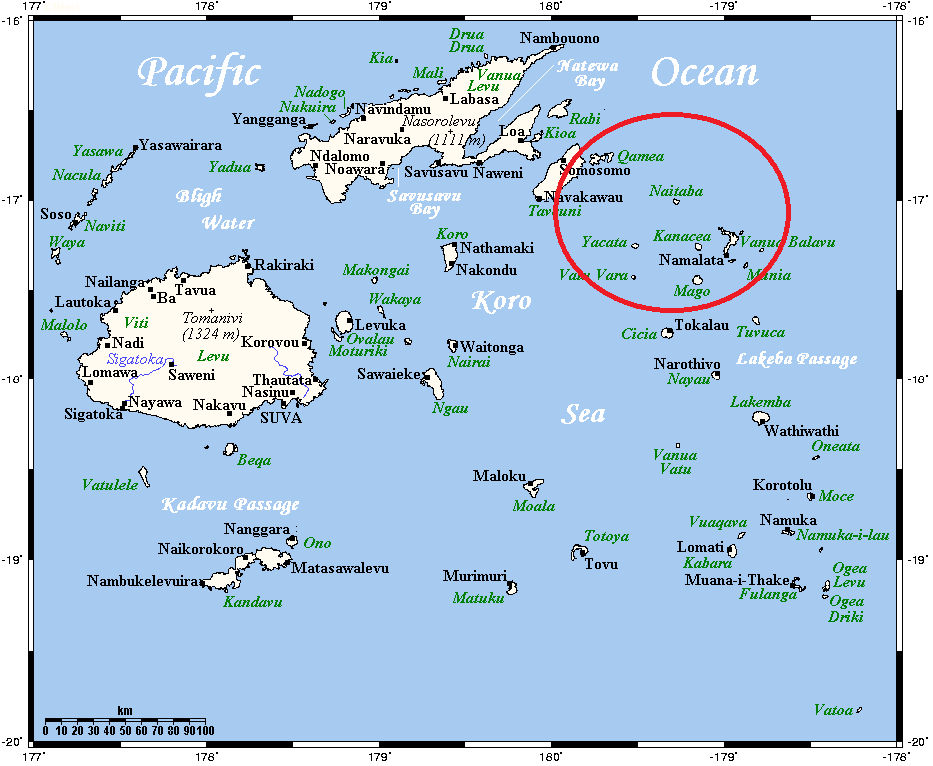 Here’s an unnamed (according to Google Maps) reef – a former volcano that ceased to be active millions of years ago, which gradually degraded until it was a mere reef. Alas, that’s the future for all the islands around here. But in their place new ones will appear – after a million or two years ). 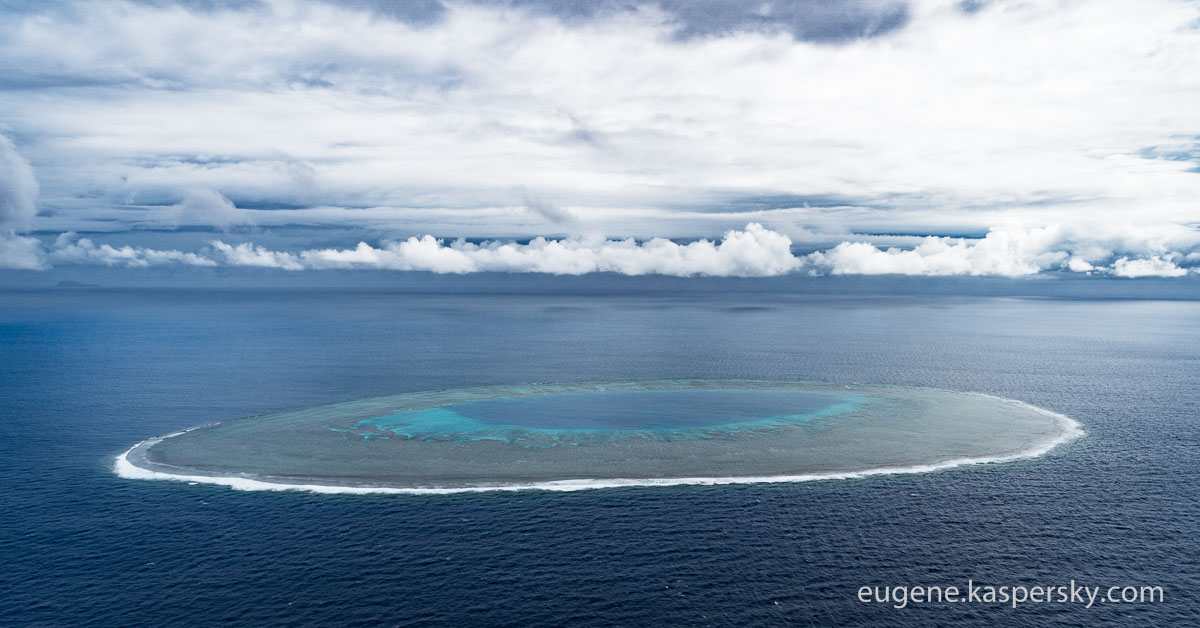 Another unnamed atoll: tiny, as you can see – but inhabited! I wonder who lives there. Is it ‘their’ island? And what if there’s a hurricane. The mind boggles… 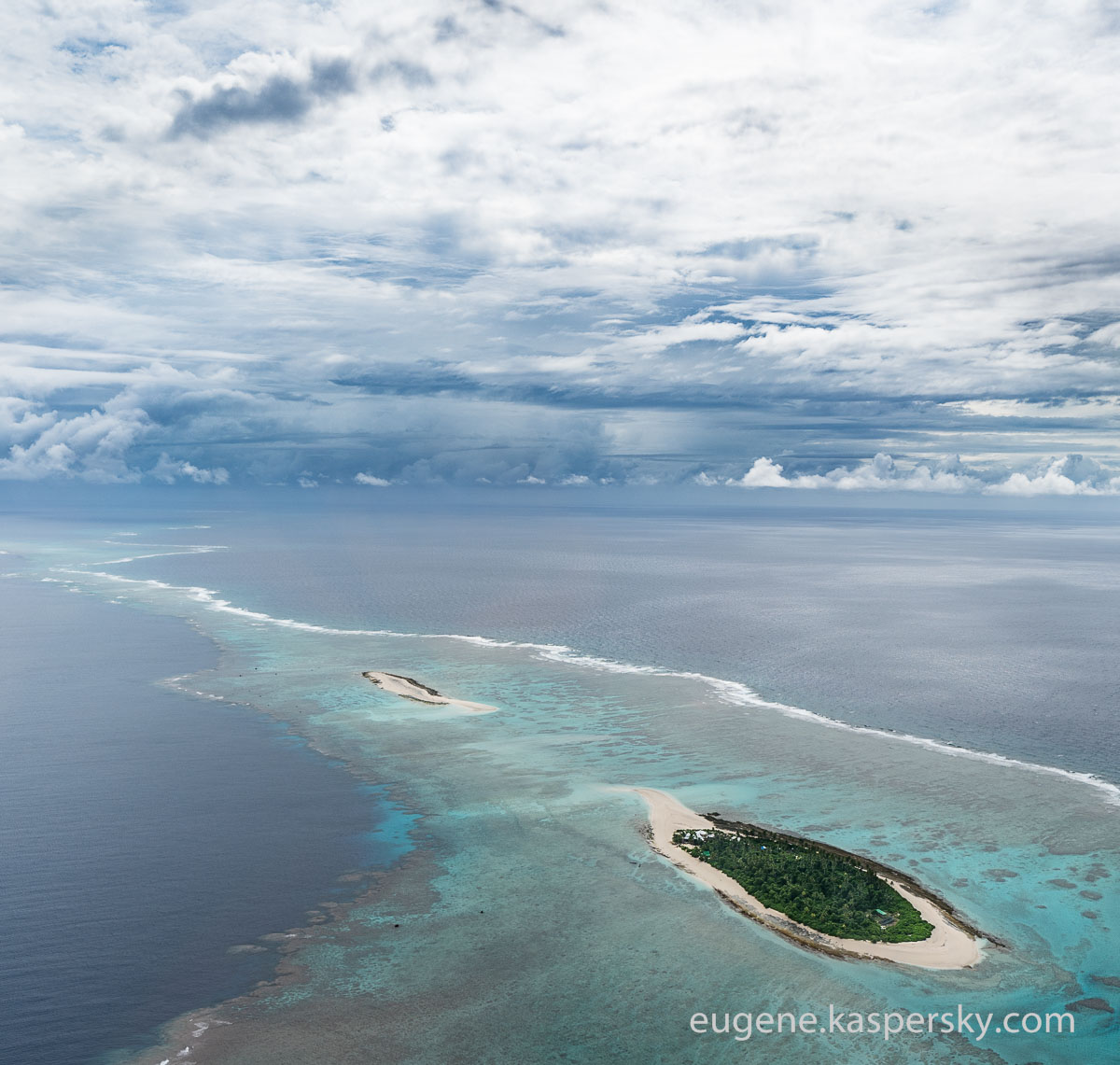 The next atoll we came to already has a name: Wailagi Lala.

Vanua Balavu – populated, has airstrip, even a small hospital…

Suddenly on the horizon: a cowboy hat! Vatu Vara:

Time to stretch the legs I think. We land on Kaibu:

Ever seen a coconut oil factory? Now you have; herewith – the full production cycle: 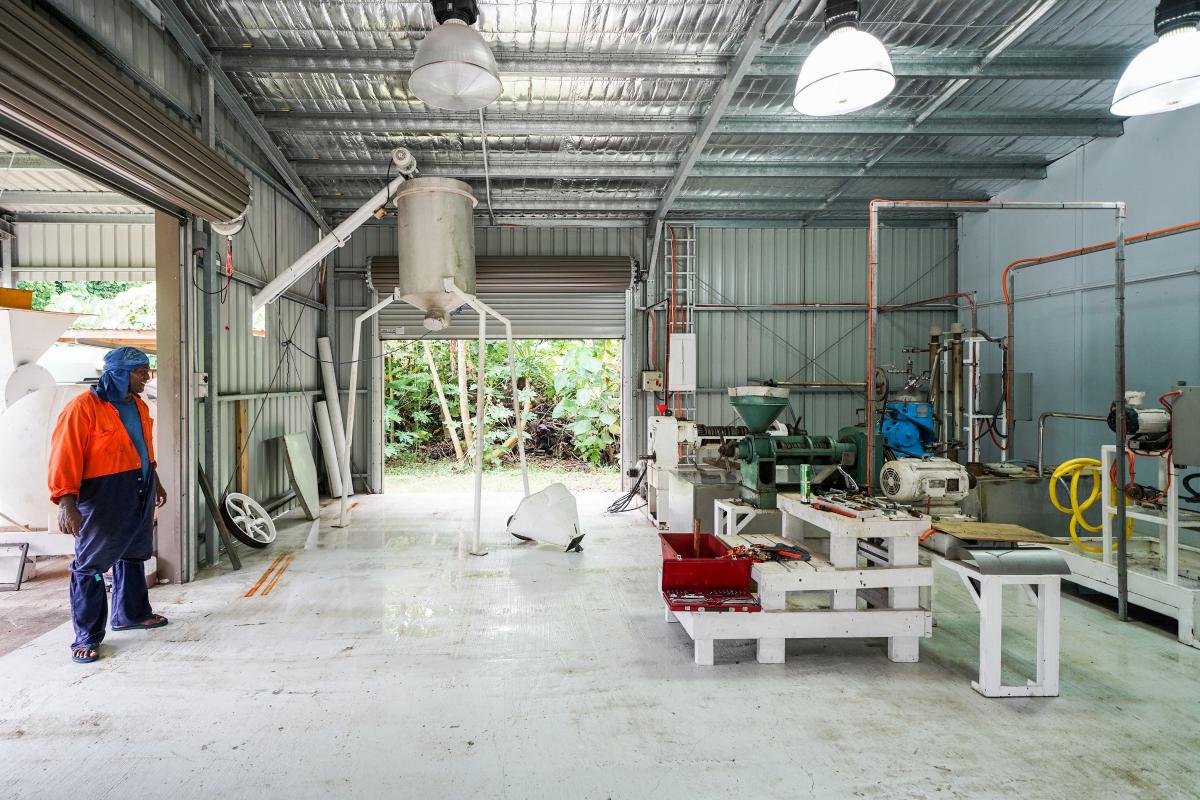 Here’s the hat again – on the horizon:

It’s a means of communication between the islands. They’d knock out a code of some kind – probably like Morse code – to get a message across the sea!

All the photos from Fiji are here.