Strange – because there’s so much unusual stuff growing here. Perhaps the most striking example being the strange fruit growing on the trees…

The flowers that grow on these trees… change color depending on the time of day! For example, morning: yellow; afternoon – they fall to the ground; evening: new red ones appear! Every day – the same cycle, at precisely the same time: you can set your watch by it all :).

Grrr: of course – they had to go and spoil it all, by adding fake, plastic flowers. Just look at these monstrosities:

Just kidding! They’re for real. Oh my gaudy! I mean – they even feel fake to the touch, not just to look at. Well, well. Nature having a joke on us ).

The curiosity factor just keeps on increasing round here. So let me go through the different species we were shown…

Back to those bright red flowers: well, it turns out they’re used as a source of… indelible red coloring – aka natural makeup! – which the fairer sex daub on themselves… in certain places that are deemed to be better off for spot of rouge! A different part of the same flower is used to remove regular makeup as we know it, while it’s useless at removing its own red coloring!

The local guides here get all animated when they tell the tale of how the main ingredients of Chanel No. 5 are local ones from around here. I must say, flowers here do all smell really nice.

Next up: nuts which double up as candles! You just light them up and they stay lit for hours! 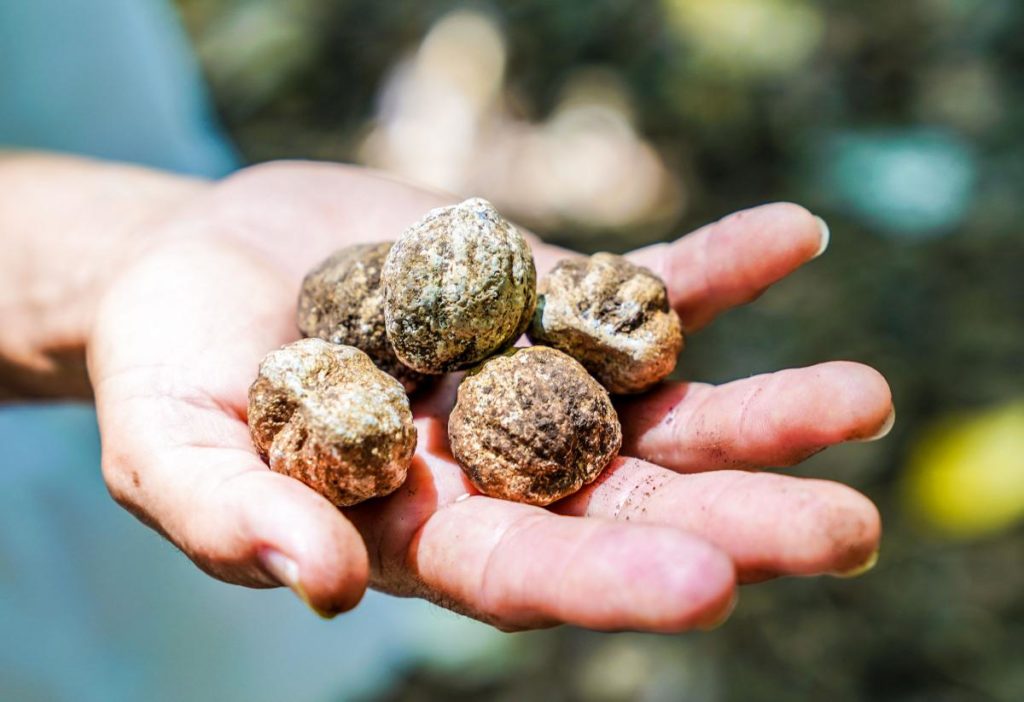 ‘Elephant ears’ grow up from the ground: 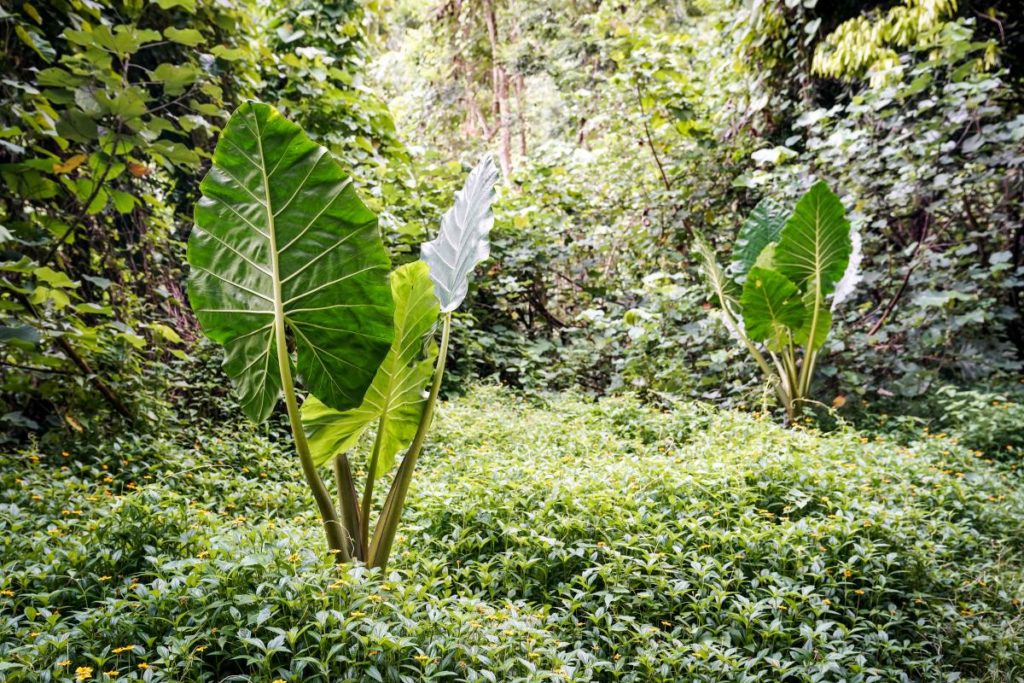 Is it just me, or is this a face scowling at us? 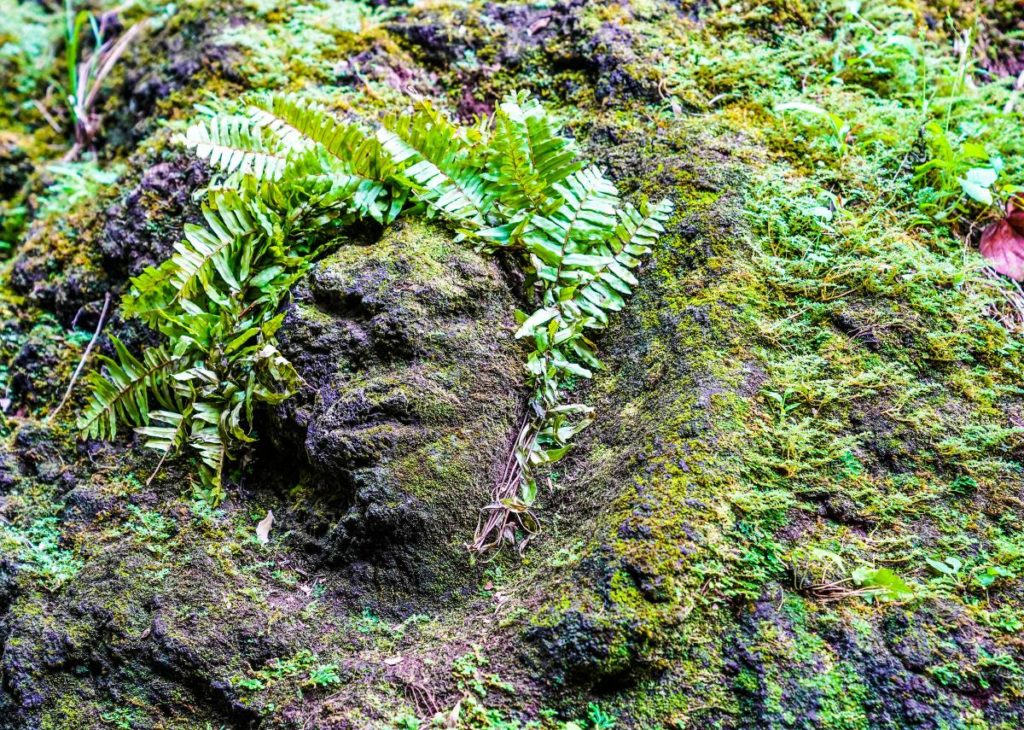 Wondering if that face was some kind of omen or whatever, I was mercifully released from my sudden gloom by a jolly little chicken that walked past me and perched itself up on a branch nearby. Surely that’s some kind of good omen cancelling out the possibly bad one?

Oh no! My fellow traveler insisted on picking this unknown fruit up. Thankfully, no ill effects were felt later on. At least she didn’t take a bite… 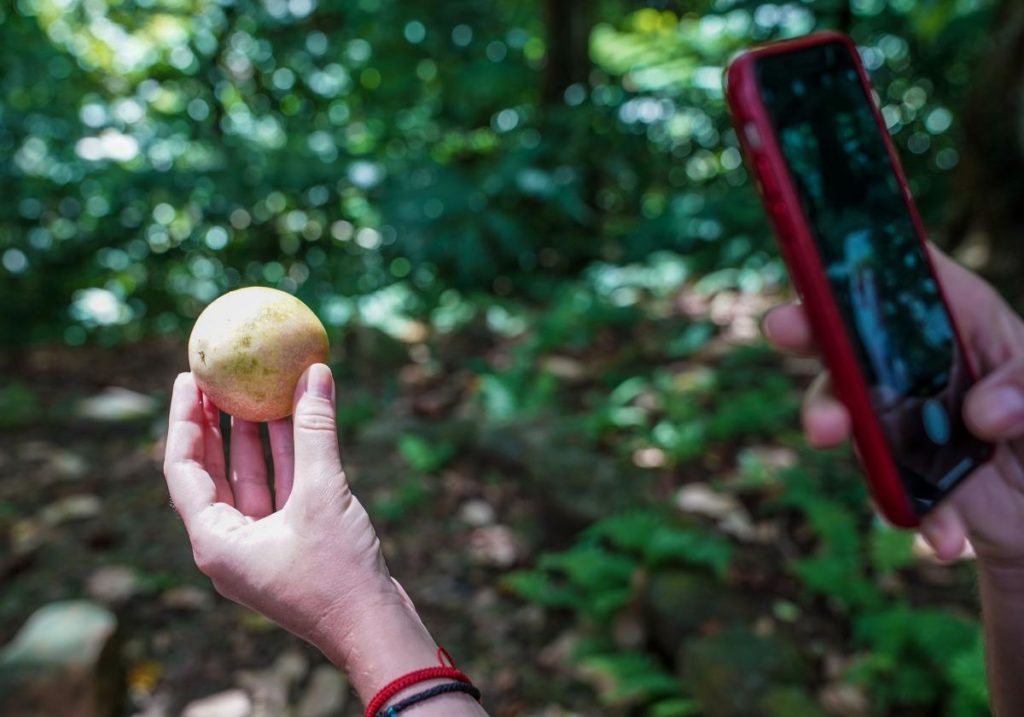 Like I say: a strange place. And not just the unusual nature to be found here. The human element is strange too. Example: here’s a temple to the God of Sport! 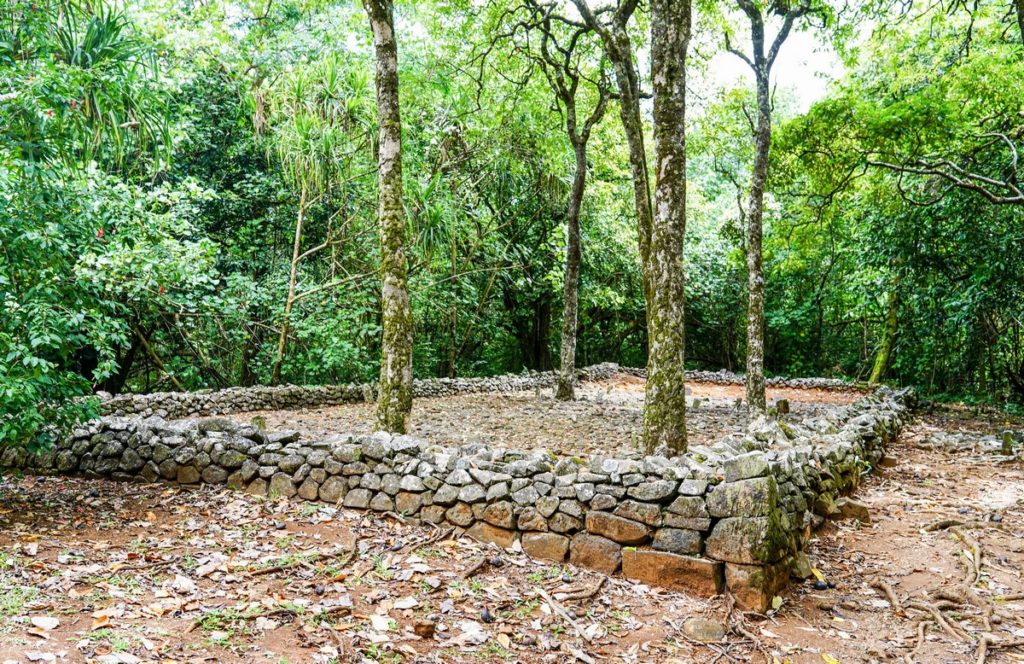 The God of Sport is just one of dozens if not hundreds of gods the Polynesians have. Which particular god is prayed to at a particular time depends on the day’s business plan: If it’s a day for fishing, they pray to the God of Fishing. If it’s a day for chopping down the forest for wood – yep, the God of Tree Felling. A day for sailing off afar on important business: the God of Travel. All makes sense really.

I paused at the temple of the God of Sport to say a little prayer for the brave women we’re supporting on their expedition to the North Pole. Good luck ladies!

Btw, apparently (according to the locals), the aboriginal tribes have never suffered at the hands of authoritarian rule. Their leaders took responsibility only for the most pressing and important high-level matters. That left the locals un-interfered with to live peacefully and without stress. Sounds great. A mini anarchistic democratic paradise!

Here are the ruins of the ancient ‘parliament’: 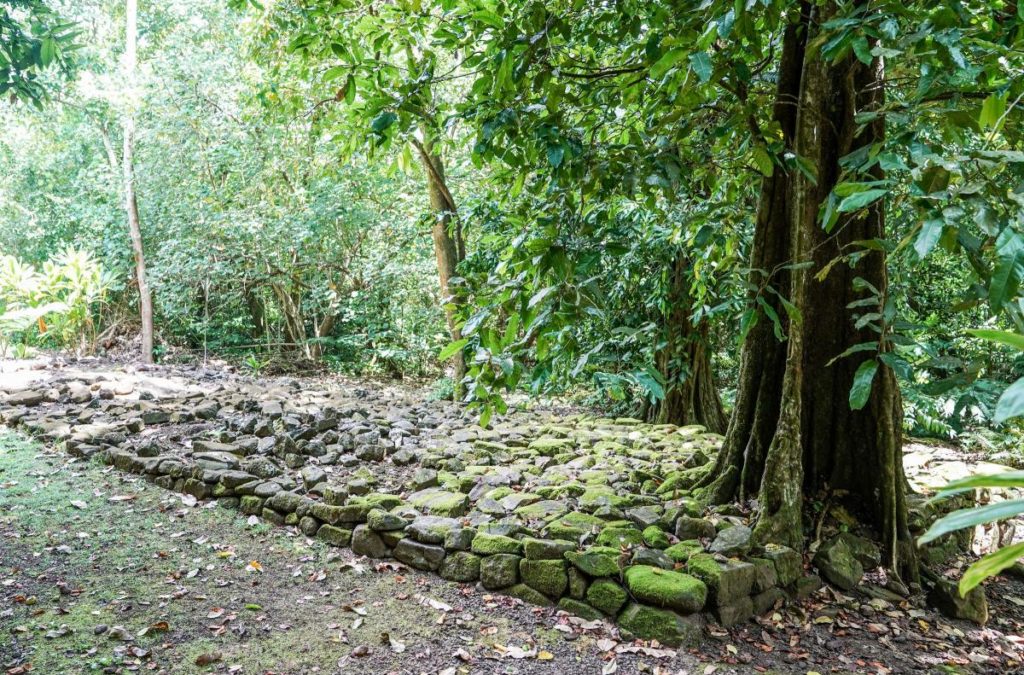 Here’s the temple of the God of War: 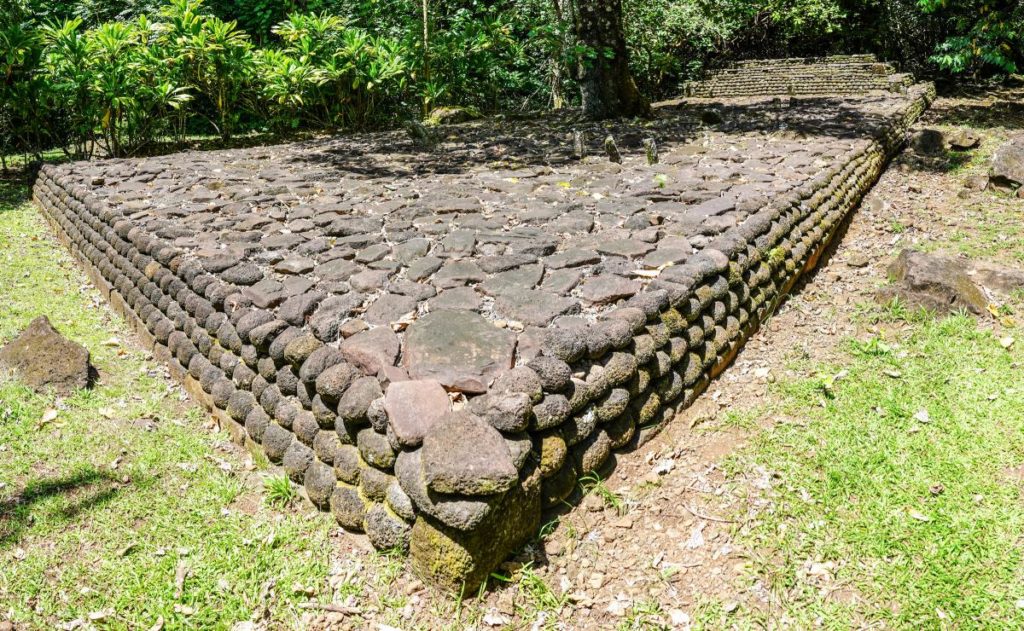 So there you have it. Strangers on a strange day in strange place. I couldn’t get those two tunes out of my head; not that I was complaining ).