I’m taking a short break from my stories about New Zealand: firstly, I do not want to “overload” my readers, and secondly, I have something new to talk about.

A few sketches along the way last week, something like this:

1.  Wow! What a great name for a business – ‘Ikar’! Obviously a subsidiary of ‘Daedalus’ airlines. Hard to believe anyone would deliberately board a plane named Icarus. 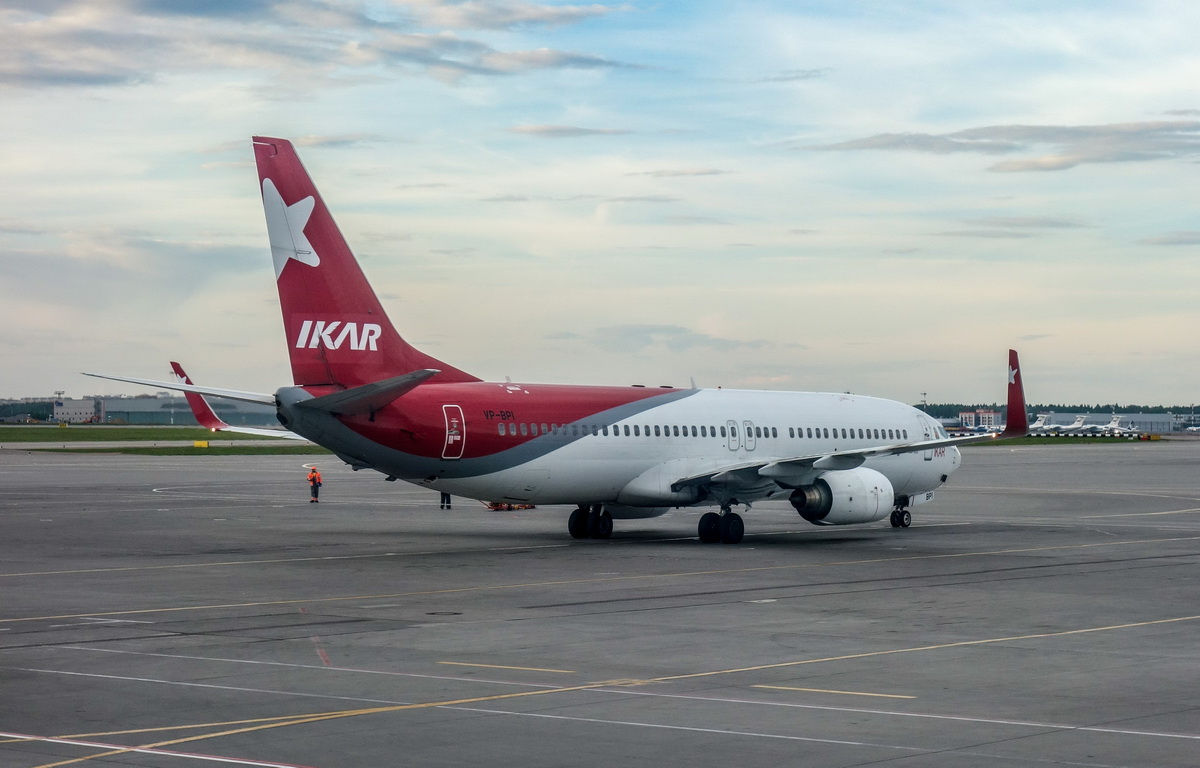 Sorry for the poor quality image, my hand was trembling while taking shots of this: 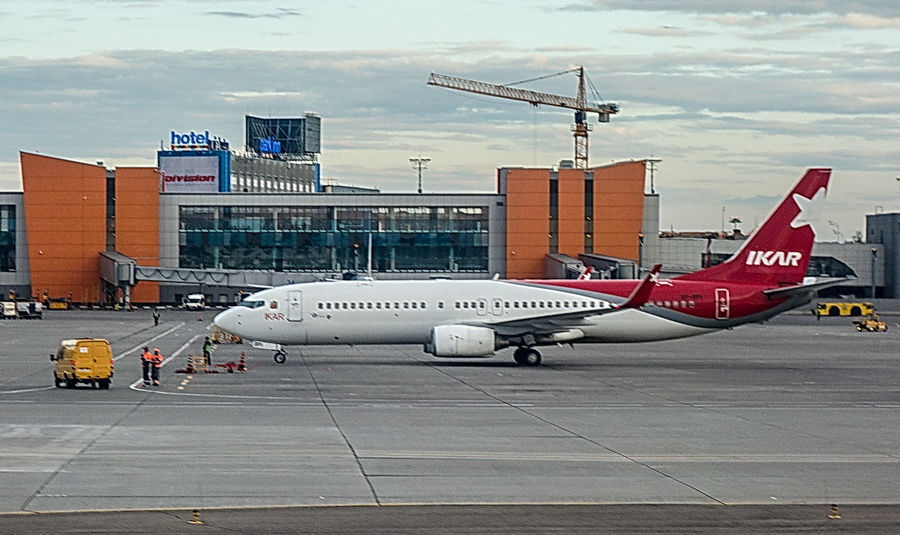 2. The construction of the 3rd runway in SVO. No progress visible. I’ll be flying over again soon, so I’ll have the chance to compare pictures. 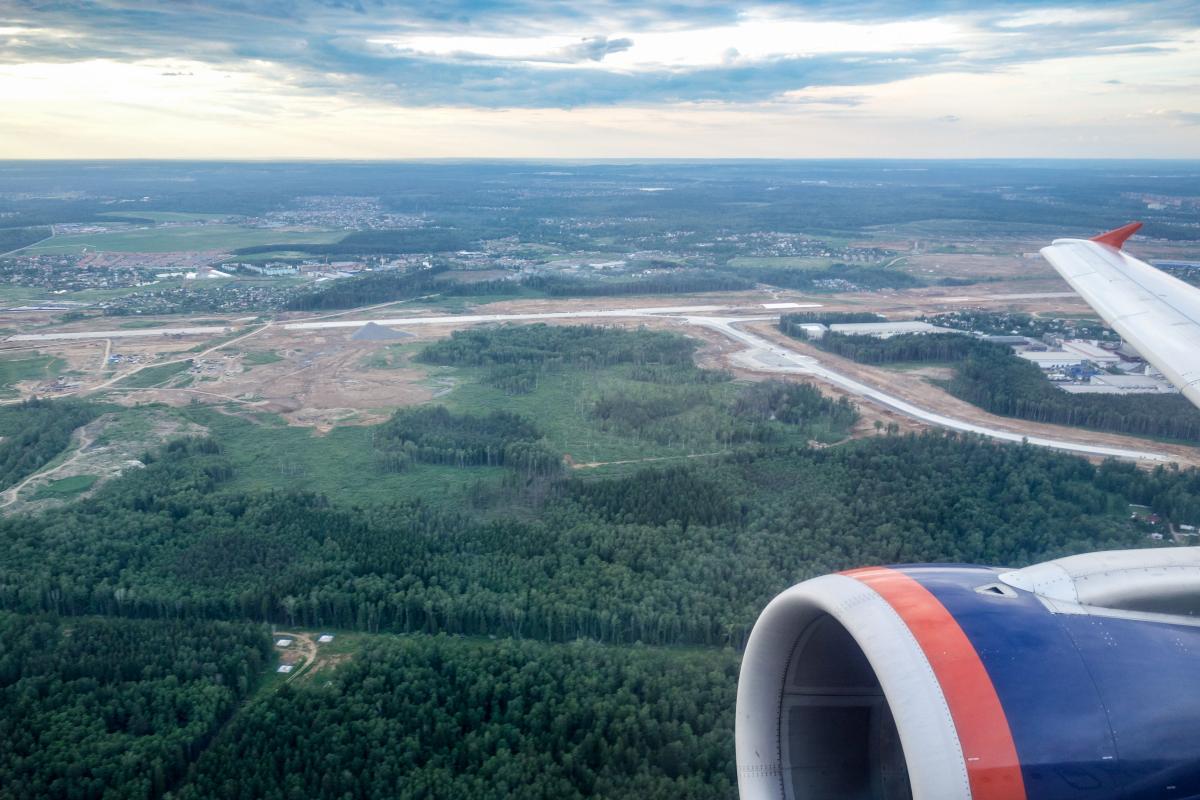 3.  Munich. Guess which aircraft of which airlines get led out onto the taxiway guarded by a police armored vehicle with a machine gun? 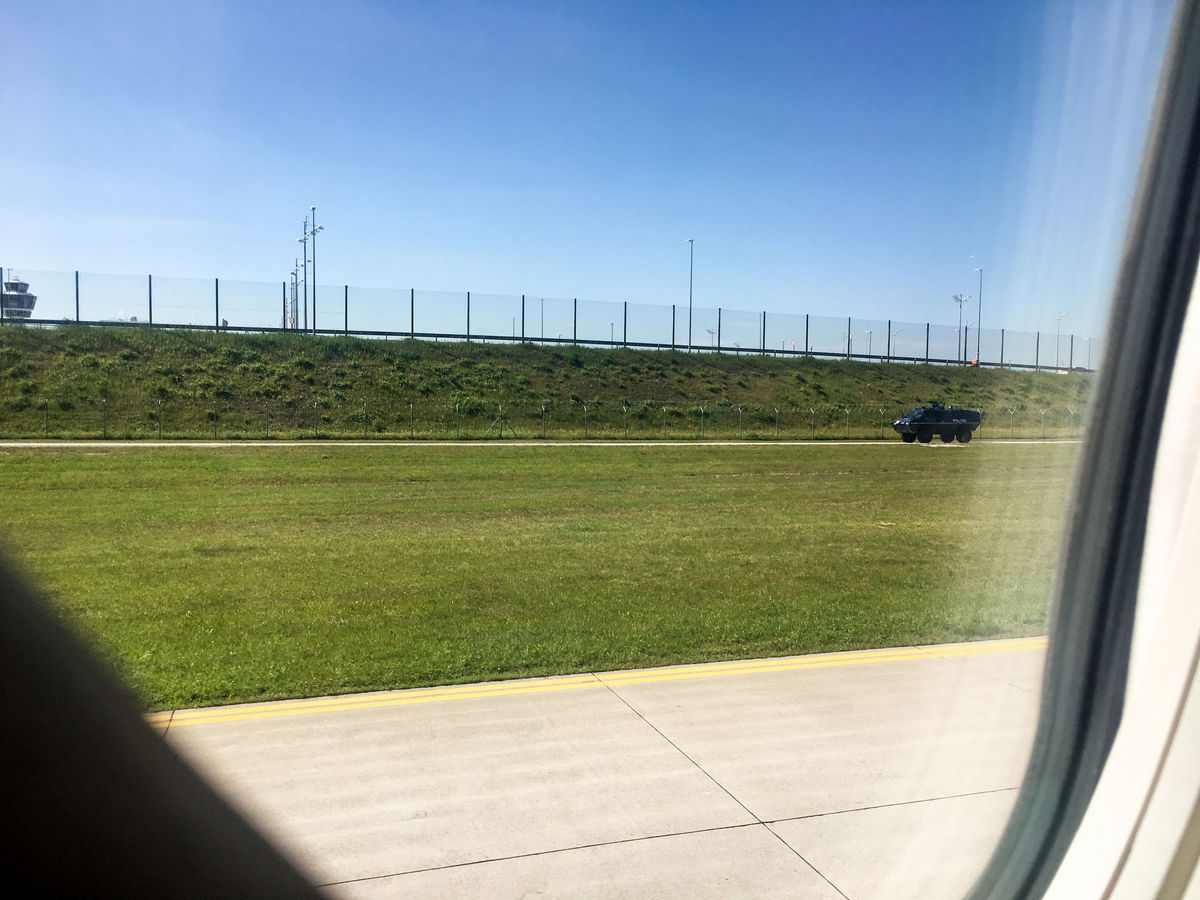 4. We’re flying back. The map shown on the TV screen looks … strange. 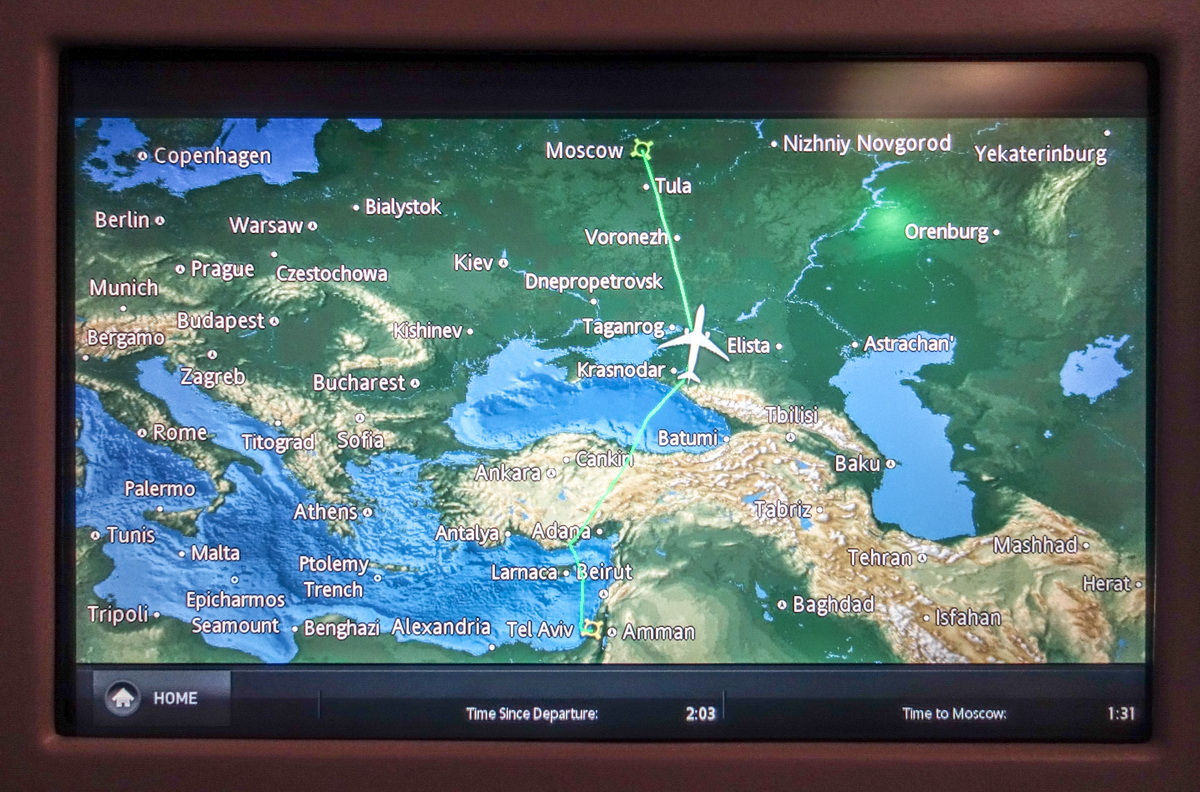 Looking closer, we can see …

… that global warming and the re-landscaping of our planet has obviously has long since completed. On the map, we see the Sahara and the Kara Kum is now buried in greenery, the barchans of the Emirates and Saudi Arabia overgrown with forests, Kenya now a desert (bad luck Kenya), while Greenland has melted into the high seas of the Arctic. It seems the engineers from Airbus really are committed to global warming… . Aah – look! A chunk of Belgium and Holland has already drowned….

5. In the sky, meanwhile, the sunset has developed some mysterious stripes.

6. However, on the ground … climatic horrors indeed! +10°C and rain in the middle of June шт Moscow, while Aeroflot Airbus’s screens showed me global warming rather than this sub-normal weather… 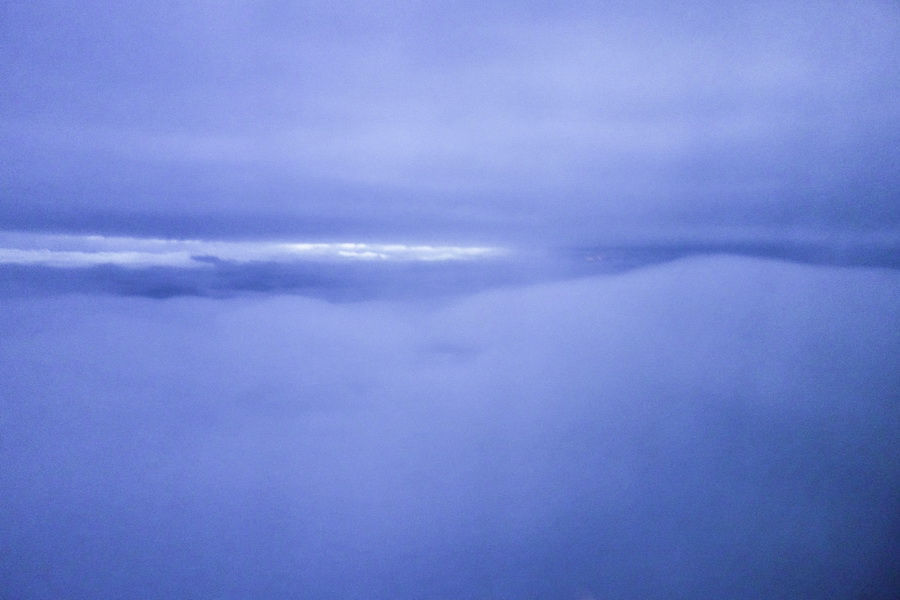 7. What else can I tell you about my recent trips? While on a plane, I usually have plenty of time to clean up the contents of my computer. And here I came across a curious Microsoft anomaly.

I had to sort out some files. To arrange them “beautifully”, I numbered them … in hexadecimal. Well, I just wanted to do it that way! In my favorite FAR (yes, I still use this wonderful product), everything was in order and logically sorted: 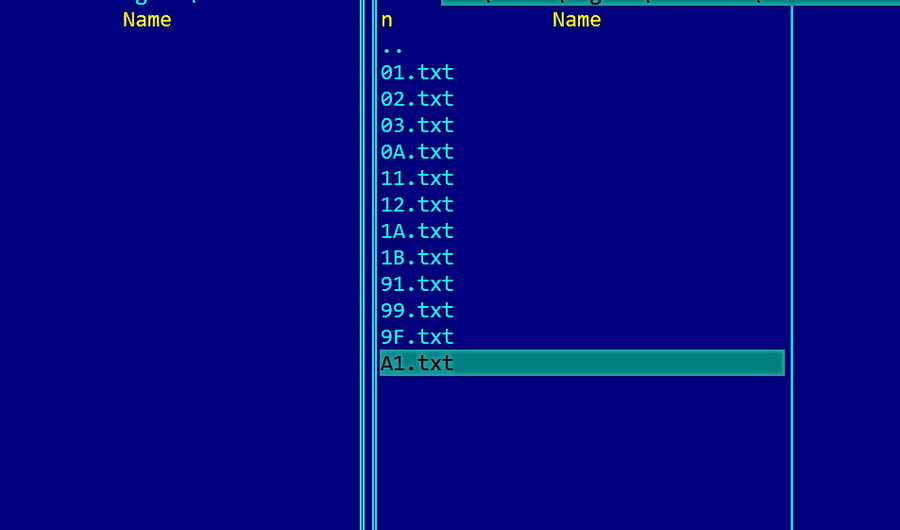 Later for some reason I decided to admire the beauty I had created using standard Microsoft Explorer … Oh, look at that! What sorting algorithm can they be using to end up with a mess like this? 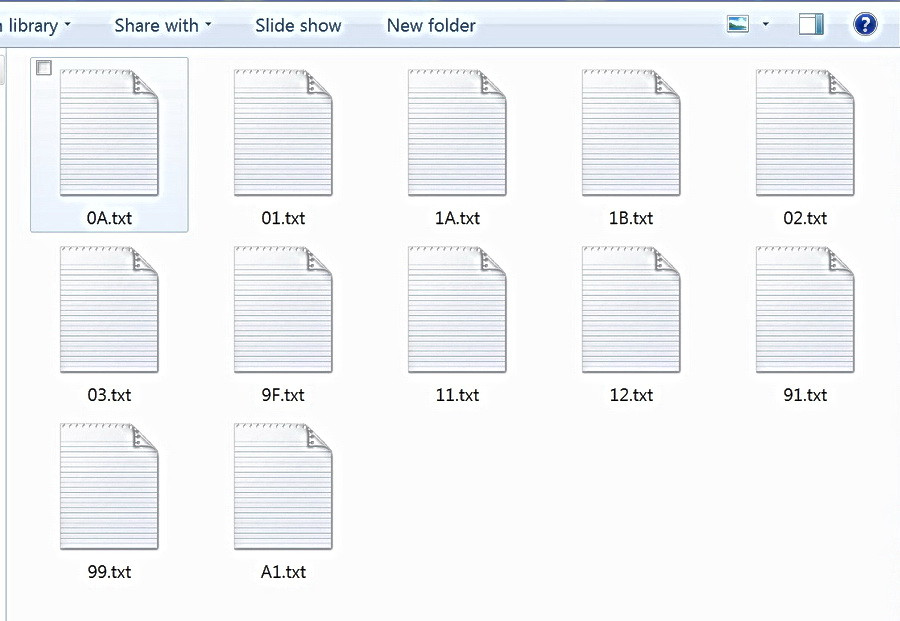 8. Last week I was in Munich and Jerusalem on business, but with no tourism at all – so nothing to talk about there. Meetings, conversations, interviews, opening the office in Jerusalem.

That’s all, folks! Time to get back to New Zealand beauties.