While flying across the Atlantic recently, our special correspondent, N.Sh., sent me a bulletin in real time detailing an entirely positive item of news about transatlantic in-flight service.

Delta – these guys are just amazing. For a mere $20 or so you can get unlimited Internet – for the whole nine hour flight!

Whoah! I’ll have to try Delta next time. Hmmm. Now where’s that post of mine about terrible transatlantic service? Ah yes – here. But that was about United. Still, they’re all the same those US airlines. However, unlimited Internet for next to nothing – that sure makes up for a lot. For if you’ve got Internet – plus an electrical socket to plug your Laptop into – there’s not much else a business traveler needs now is there?

Anyway. Back to our special correspondent…

So, like I say, he was crossing the North Atlantic. But at one point he was up above Greenland. And what did he see out the window? A green land? A white land? Actually – neither. Just white. Period…

…Nothing but thick white cloud. And he attached photographic evidence: 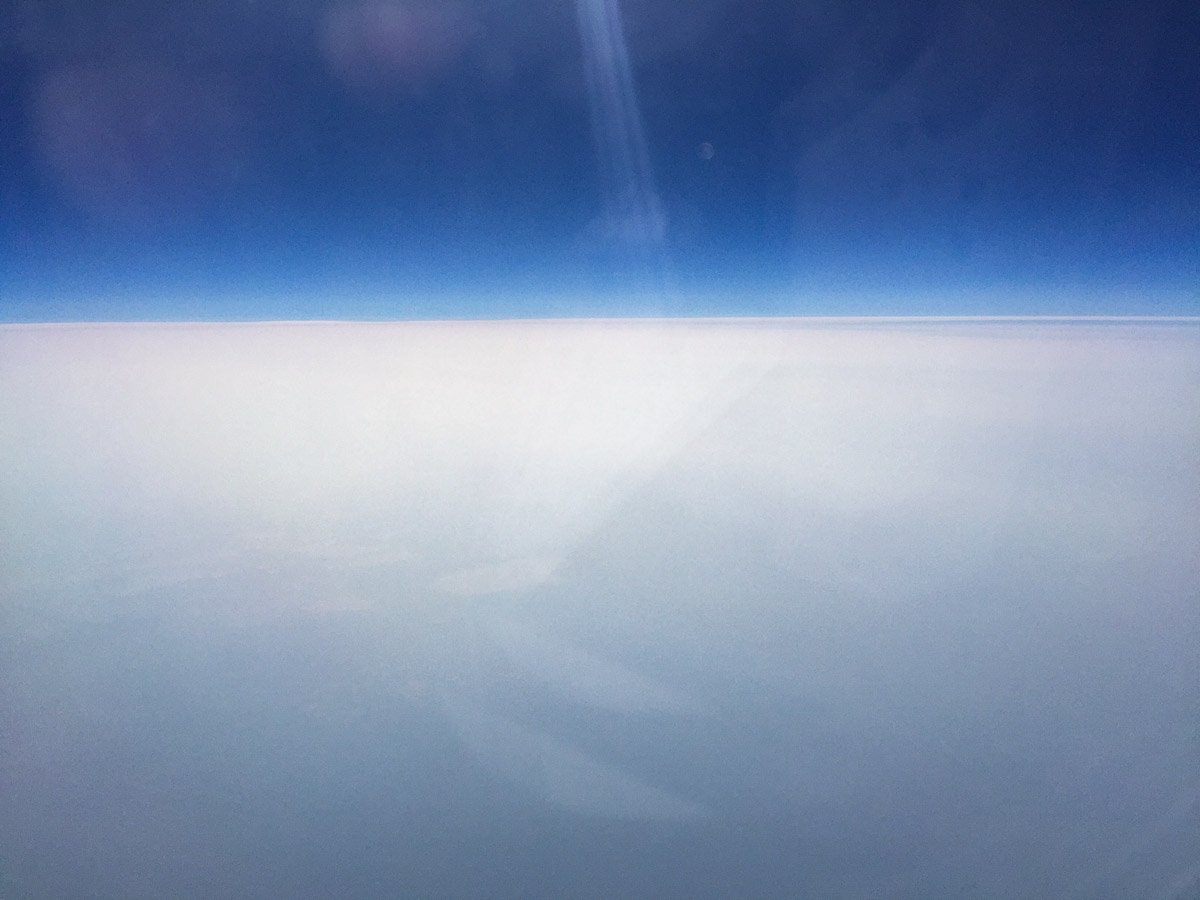 This proves one thing. We were sooooo lucky with the weather just recently during our Greenland trip. So here’s raising a glass in the hope that next time we (and you, why not?!) are just as lucky. Not necessarily in Greenland – but wherever we may be :).