Oh my Greenland! An huuge island. It can nearly compete with whole continents on size! It’s just 3.5 times smaller than Australia. However, if the glaciers of Greenland continue to melt at their current rate, the island is going to rise up considerably once the weight of all that glacial ice is lessened. And since it’s rising faster than the level of the sea is rising, soon enough Greenland could join up with North America. They’ll have to install a land-based border with Canada before we know it!

Incidentally, the local guides here told us how dozens of years ago the height of Greenland would rise half a centimeter per year; however, last year, it rose 4.5 centimeters. Oh my Greenland, indeed!

But I’m here to tell you about something else today…

So. Here we are in the capital of Greenland – one of the smallest capital ‘cities’ in the world. Incidentally, you know what Greenland’s flag looks like? Here it is: 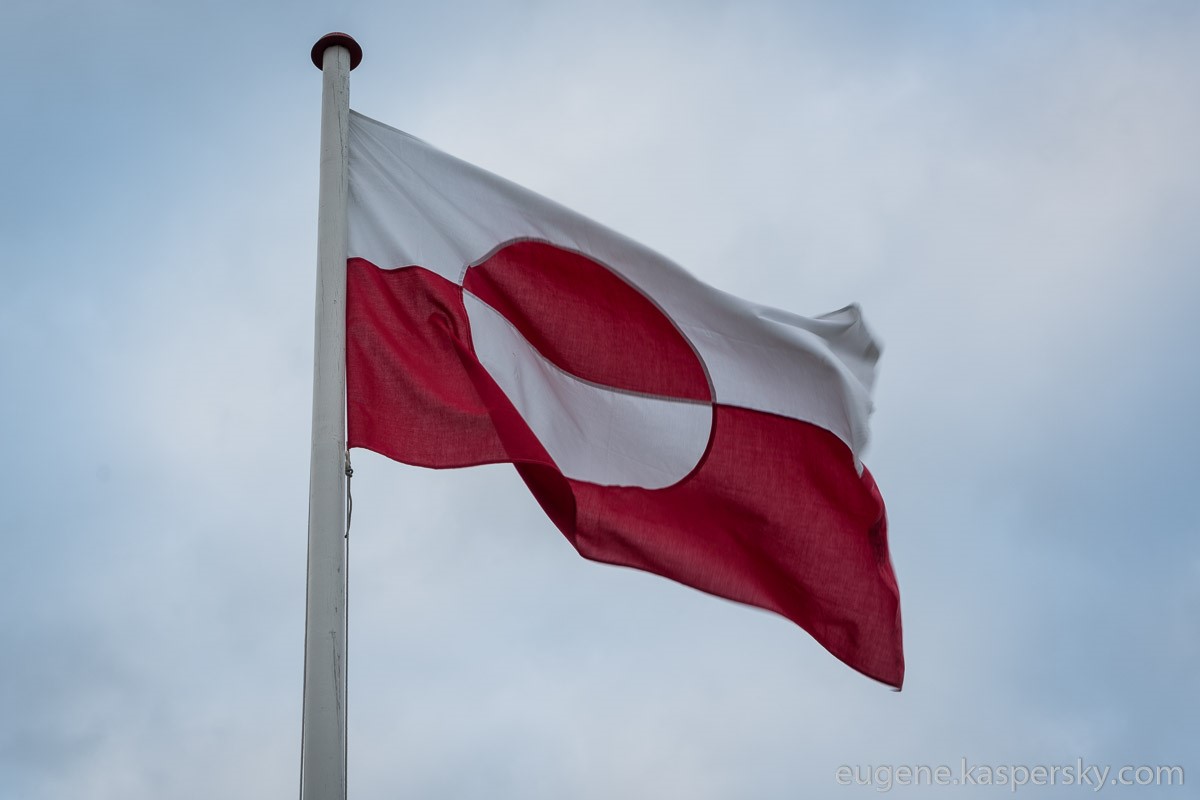 When on one of my many long expeditions to Kamchatka, some of the locals there told me a phrase I’ll never forget: “We’ve good weather here on Kamchatka; it’s just the climate that’s harsh!” Well, that phrase applies to Greenland too. The whole island has just 56,000 inhabitants, and you can see why: there’s hardly anywhere that isn’t under ice where you could build up towns, factories, parks, pubs and the rest. And of course there’s no forest whatsoever, so all timber is imported. In fact, practically everything is imported! Apart from icebergs.

For those of you who know me – and/or who read this blog of mine regularly – I’m the curious sort, about anything curious. And this sure is curious: how on earth do they make $37,000 a year for every single person in the country?…

Of course – I should have guessed: fish! And shellfish, of which Greenland is the top producer in the world. I’d never have guessed that the prawns in my prawn cocktail were (most probably) from Greenland!

Greenland’s also big into mending ship in its ship repair yards. However, if you look at the island’s finances things aren’t so great as they at first seem: it’s highly dependent of Denmark for economic aid. Still, I bet Denmark taxes the seafood exports, so it’s probably not complaining (anyone got any facts on this? > the comments please:).

Anyway, back to Nuuk. Locals like to boast it’s the smallest capital in the world, but I beg to differ: what about the Vatican? What about various independent Caribbean and Pacific-island mini-states? Andorra? Well, I differed in my head. I didn’t bring it up with said locals. Didn’t want an international scandal or anything.

Instead of arguing about the sizes of capital cities, a far better idea was to go on a walkabout around this particular capital…

Here’s the airport and the inevitable red planes:

The city… town… city… town capital of course has traffic lights: two sets thereof in total! And the locals told us that these are the only two sets not just in the capital but in the whole country (I’m just loving all these unique curiosities at every turn:)!

The locals also told us how everyone in the capital knows everyone else. Of course they do – just like in a village. Apparently they stop and chat in the street a lot, including to exchange news, which incidentally is a much better way of keeping up with current affairs than the Internet – as it’s uuniquely slow here :). 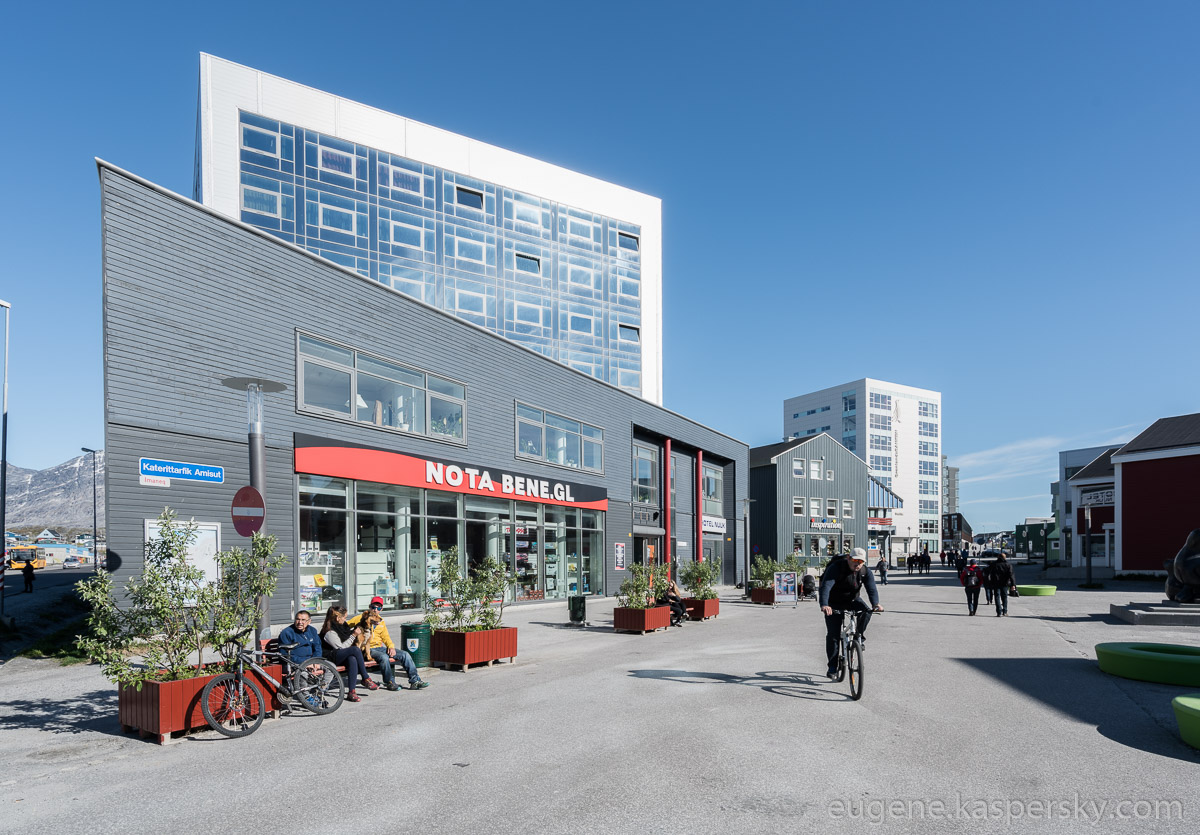 Excellent name for a shop :)

The native tongue – no, not Danish, but Greenlandic – is extraordinary to the ear and prickly to pronounce. An Eskimo-Aleut language, it’s the principal spoken language of 90% of the population. 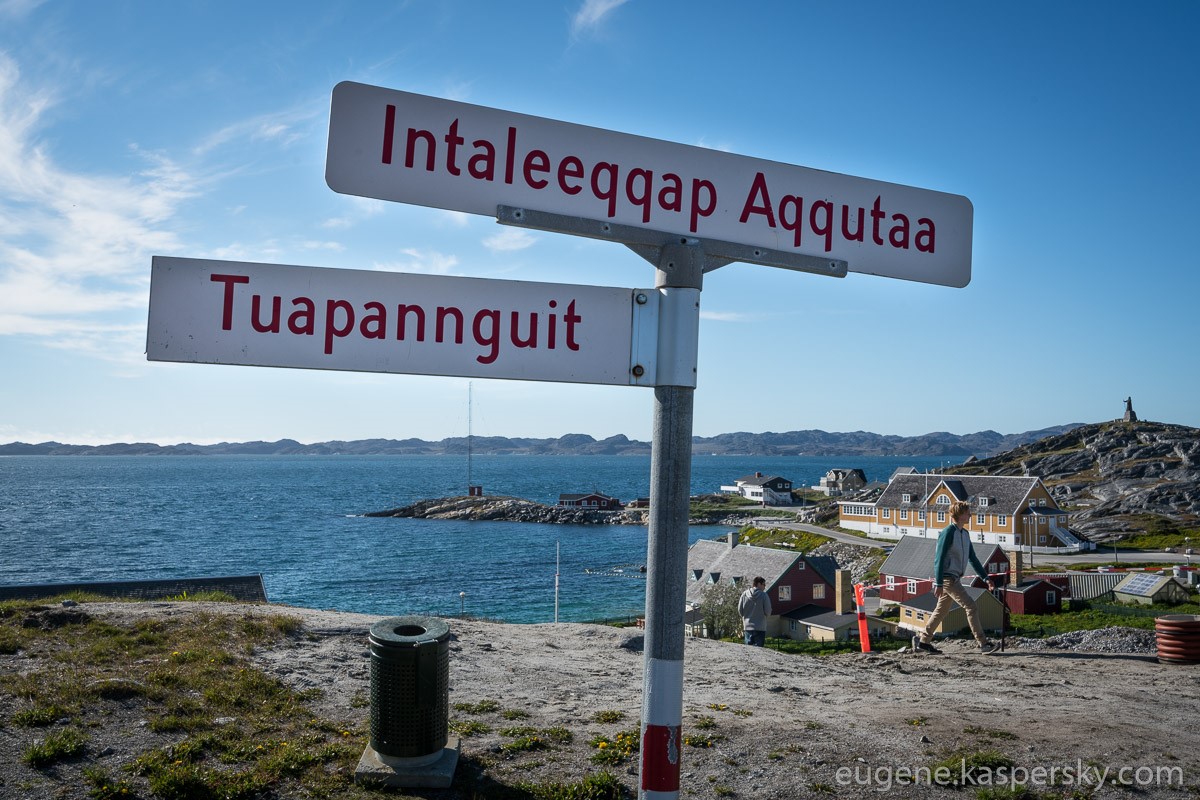 So, how exactly are two ‘q’s together pronounced? :)

Here’s the prime minister’s residence. No, really. Our guides told us!

An here’s the oldest house in the capital. Built in 1728:

BTW-1: ‘Thank you’ in the local tongue is ‘kuyanak’. I wrote it down so I wouldn’t forget.

BTW-2: Greenland is Green (under all the ice, perhaps)! 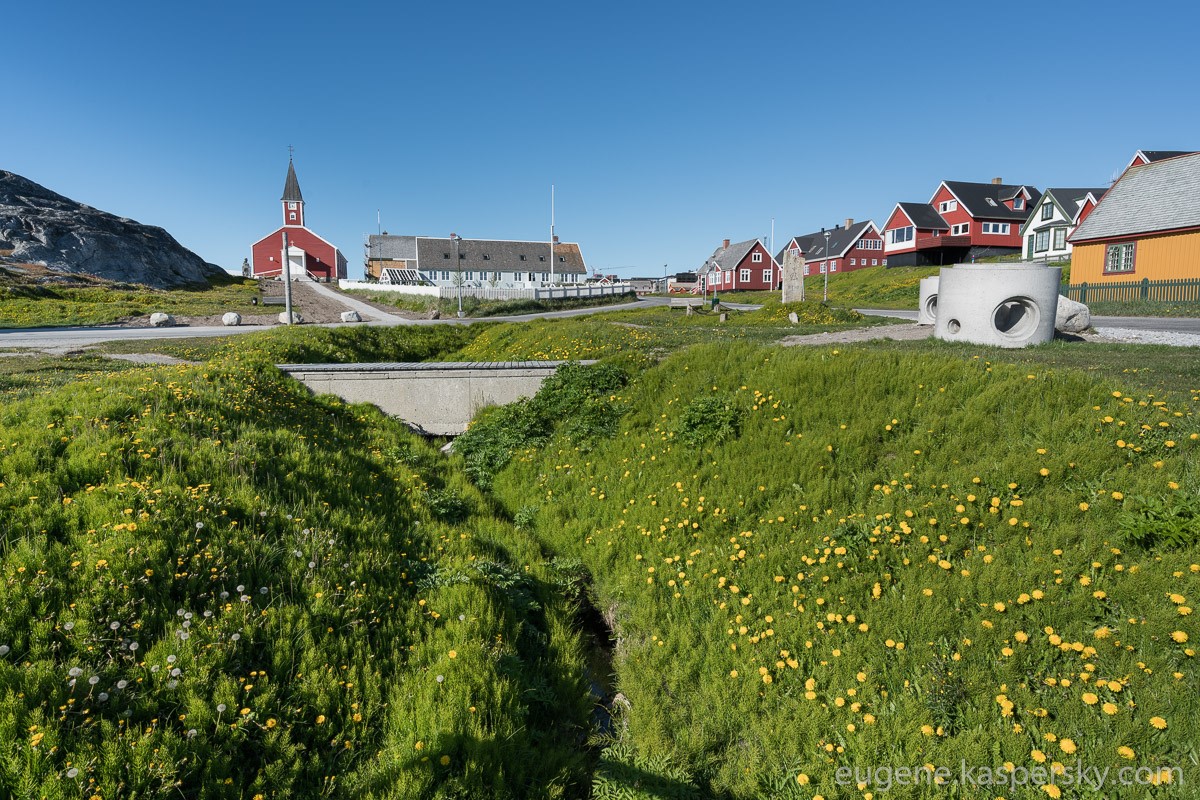 Indeed, the local guides were very keen to point out all this greenness; also these here kayaks, the kind in which the ancients came to Greenland to settle; and these here rope-and-timber devices – on which local youths learn their Eskimo rolls :).

On the whole, a nice little settlement. Especially in June with a clear sky and the sun nice and warm.

As to what it must be like here in winter, I dread to think. 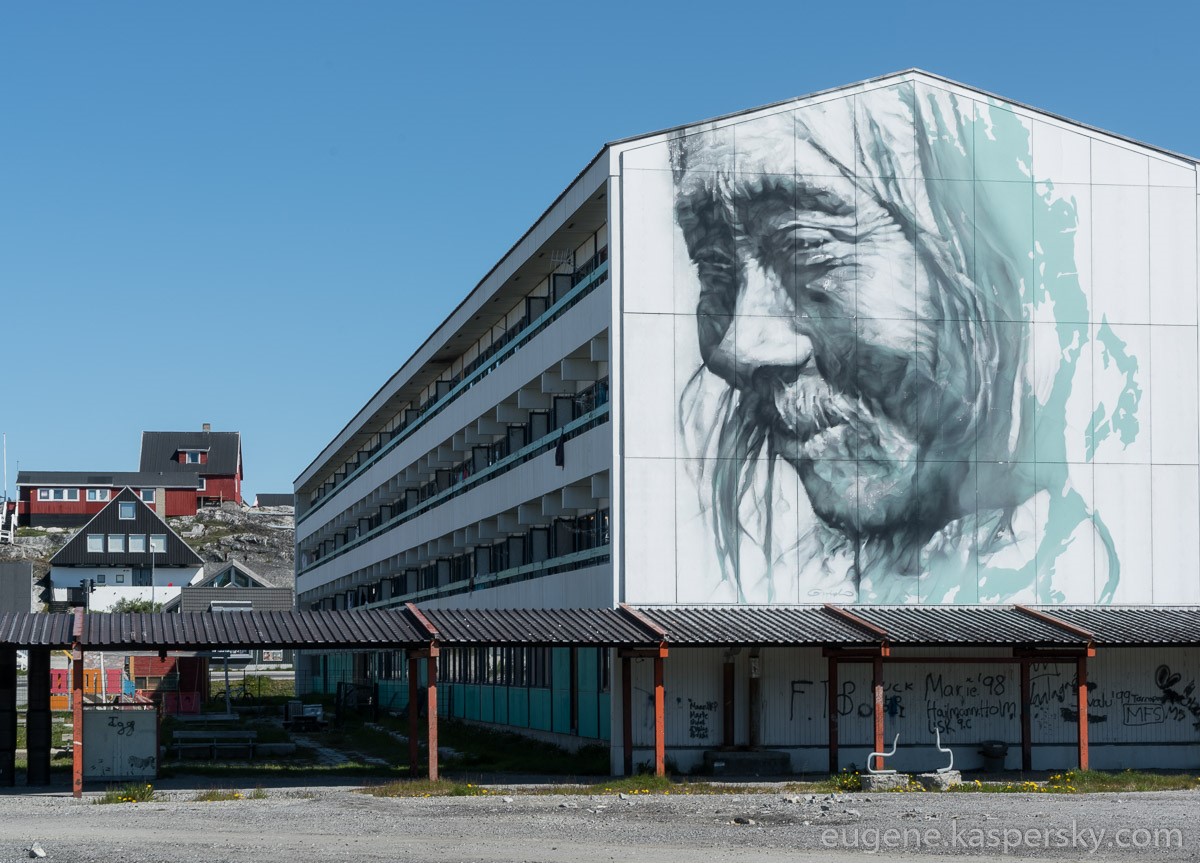 Here’s the view from my hotel room, but more about that a little later…

…For I still need to tell you about glaciers, icebergs and the severe fjord vistas!…

Meanwhile, all the photos from Greenland are here.