Another week, another avia-triangle; this time: Moscow – London – Jerusalem – Moscow. As per – as per: conference, speech, meetings with partners and customers. It was all work, work, work… but for one smidgen of tourism: a visit to the Knesset. 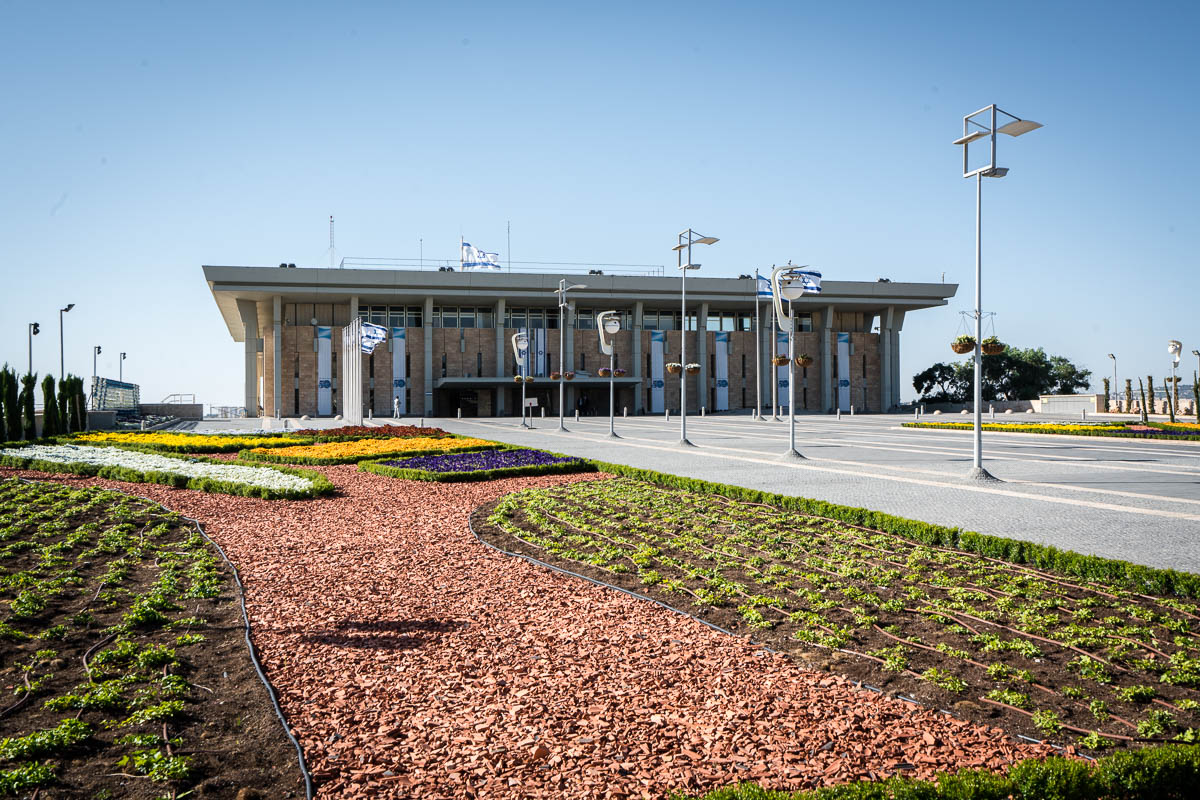 The Knesset, folks, is Israel’s parliament – probably one of the most active, heterogeneous, scandal-ridden parliaments on the planet. 120 members of the most varied political stances and religions and degrees of tolerance and liberality; to some, the world’s most unabashed political reality show: a heady brew of the mosaic, much like Israeli society as a whole… but that’s another story – and one widely covered on the Internet. Here though, I’ll try to retell a few stories and incidents that have occurred here, as told me by folks who saw them happen. But more about that later…

Alas, we didn’t catch any live action of an actual session while here as we were in town on a non-working day. In fact we didn’t even get to see inside the Plenum Hall, as everyone was preparing for the upcoming Passover festival. Practically everything was closed for cleaning and polishing so that everything was sparkling for the important Jewish commemoration. Even the bar in the hotel closed at 9pm!

So, our tour of the Knesset-proper curtailed somewhat, we settled for strolling around the grounds of the parliament and some of the auxiliary buildings. The latter included the Chagall State Hall, next to the Plenum Hall. I won’t parrot what the guide told us, but if you’re interested – there’s plenty on the tapestries (Gobelins) in the hall on the Internet.

The Knesset’s canteen. Forget the debating hall – here’s where the real political decisions get made, some say :). 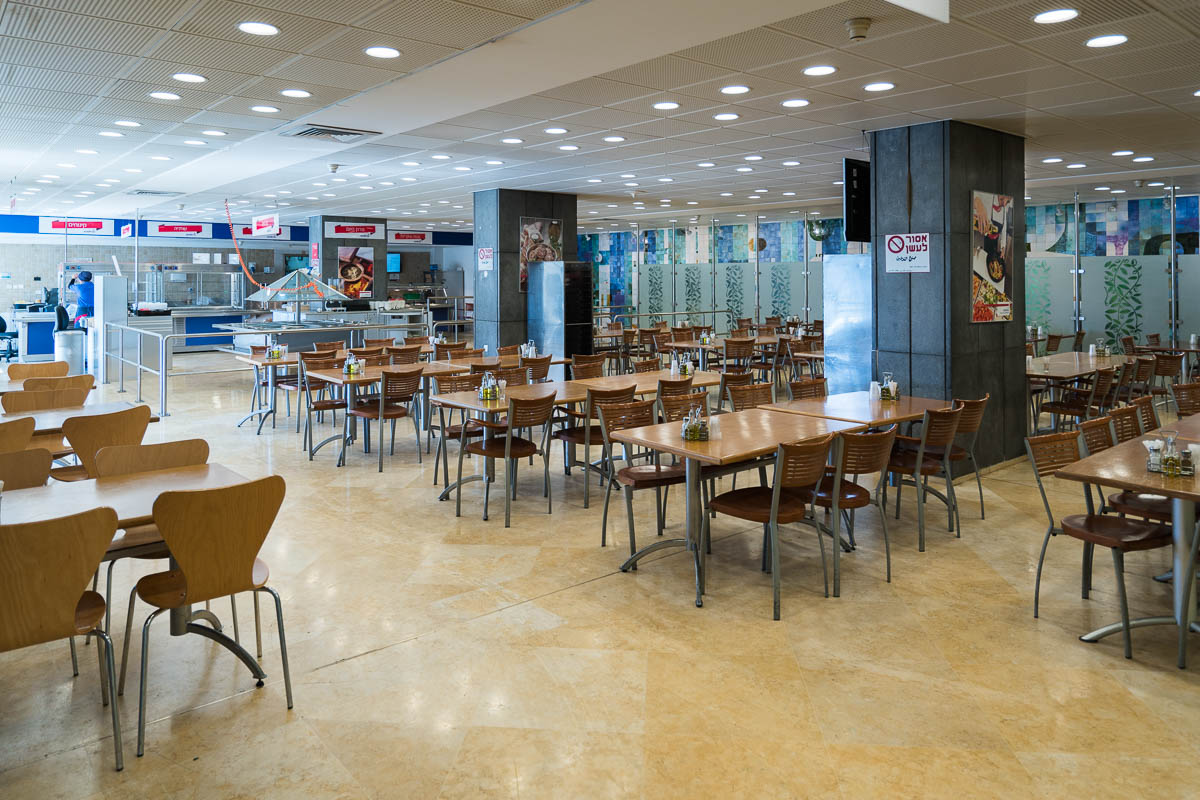 Knesset committees – including one ‘on Planning and Preparation for Earthquakes’!

Blimey! I know seismic activity can be both regular and serious (5-6 on the Richter scale) here, but a whole parliamentary committee?! I wonder if they have the same in Japan?

Here’s what I was told by a local (anonymous) parliamentary journalist who’d seen many political debates going on in the flesh while sitting in the press section of the Plenum Hall. I quote:

“The variety of views on the Knesset of Israel goes from its being ‘ideal parliamentarism’ to ‘a raging fire, in an asylum, during a flood’! But, no matter how you view it, a quick look through the agenda of, say, the latest – 20th – Knesset shows how even after 68 years it is still debating a great many well-trodden, absurdly banal matters: ‘Two Jews – three opinions’; ‘I pray in this synagogue; I’d never set foot in that one’, etc.

Majority governments of Israel can be counted on the fingers of one hand. They only came about in situations of fatal danger. For decades no party has been able to summon a parliamentary majority, i.e., 61 members out of 120; therefore, these here walls, created by Karavan and Chagal with Rothschild‘s money, have seen totally unthinkable coalitions of diametrically opposing political parties. And as a rule the tone of all these coalitions has been set by small groups of three or four members, and these small groups are extremely… freakish in nature, made up mostly of the Communists, United Torah Judaism, and Crossroads members.

Today, 120 members are divided into 10 (ten!) parties and blocs. For example, the Zionist Union alliance is made up of two parties that have joined forces; in the overall list as many as four parties representing the interests of ethnic Arabs have amalgamated. The interests of former USSR citizens are protected by the pretentiously named Israel Is Our Home, and immigrants from the Maghreb are represented by the Sfarad’s Guards of the Torah. Those not ‘guarding’ the Torah pay subscriptions to the organizational committees of other parties.

Thus, this kaleidoscope of very different shades of the whole spectrum of political colorings – alliances, parties and individual politicians – means the Knesset is a place of constant, bitter battling like no other parliament in the world.

Another thing the Knesset is famous and infamous for is the colorful language often used in its debates. For once one member asks another: ‘Are you high?’, it tends to get printed in the press all over the world. But when, say, former prime minister, leader of the Workers’ Party, and Nobel Peace Prize winner Yitzhak Rabin describes in a speech fellow Nobel Peace Prize winner Yasser Arafat to be ‘simply breaking our balls for no reason at all!’, that statement of course gets translated into hundreds of languages to emblazoned across the front pages of newspapers as the main headline!

Incidentally, the endearing term ‘balls’ gets used rather often in the Knesset, even though its use is punishable. For example, the Arab communist member and Mayor of Nazareth Taufik Zayad was once stripped of his right to speak in the Plenum Hall for a month after he shouted at hawk leader and retired army general Rehavam Ze’evi (nicknamed Gandhi): ‘I’ve got you by the balls, Gandhi! I’ve got you all by the balls!’ That evening in a media interview he had the sense to name exactly who he had by the private parts; if he hadn’t, he’d have been penalized more heavily.

But the most colorful wrangle I’ve seen in the Knesset was between Yael Dayan, daughter of Moshe Dayan, and rabbi Josef Ba-Gad of the extreme right Moledet party. Ba-Gad, prodding Dayan with his finger, said that in front of him stood the second Cicciolina. To which, Ms Dayan replied – in the language of the holy scriptures! – ‘You know what? You can take a propeller, and shove it up your ass and get the hell out of here’!”

Next up, it was back to the airport. A few hours later I got the following nice view of Tel Aviv: 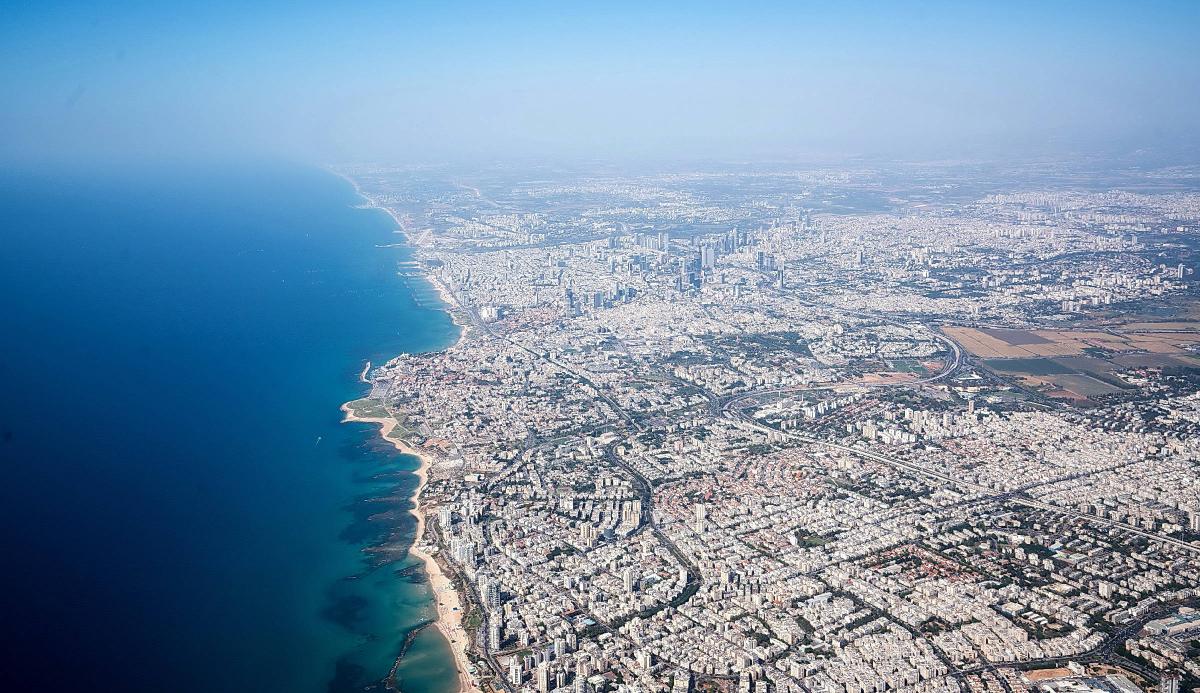