Oh yes. I know because it’s in the Hitchhiker’s Guide to the Galaxy. I quote:

“Curiously enough, the only thing that went through the mind of the bowl of petunias as it fell was ‘Oh no, not again?!’. Many people have speculated that, if we knew exactly why the bowl of petunias had thought that, we would know a lot more about the nature of the Universe than we do now.”

I was reminded of that paragraph earlier today. I was on an airplane yet again and looking out of the left-side window down at the passing paysages below. ‘Oh no, not again?!’ I thought as I glanced at the map on the screen in front of me showing the plane’s trajectory: passing over Amsterdam on my way from Moscow over to London. Just the other day I flew the exact same route, only the other way round! 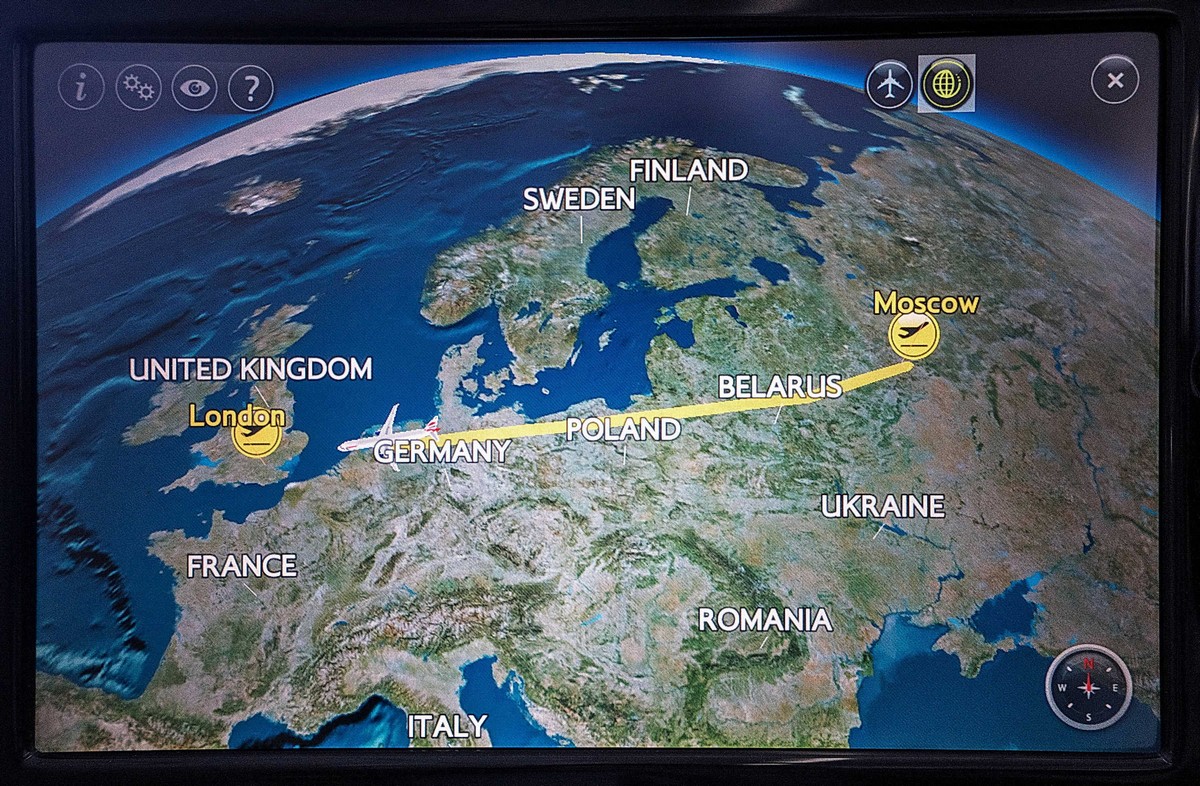 “Hmmm, a bit like the petunia, only the other way round,” I thought. I’m not sure if that’s self-criticism or an overestimation; physicists and botanists have different views on this topic, so I won’t comment. I’ll just say that coming in to land at Heathrow was just as it should be: with London fully in view through the window!

Over there is where my travel companion A.B. and I walked a half-marathon along the banks of the Thames last week…

All righty, here we are back in Blighty. Not long to go, we’re soon landing in Heathrow!…

And in the words of Bertie Wooster, it’s ‘pip pip’ from me; back soon with more from the other side of the North Sea :).