A long, long time ago – in December 2010 – I had a bet with a friend about the future of the smartphone market.

Read that again: in December 2010. That is, exactly five years ago!

Back then, the ‘real’ smartphone segment was dominated by Apple, while green gremlin Android was only getting a peak in. My mate assured me that things would mostly stay that way, with Google-Android never being able to get anywhere near iOS. But I reckoned that things would be just the opposite in five years’ time, with the market being divvied up so:

My reasoning was displayed here half a decade ago. Have a look! There’s only about one and a half pages of my text there. 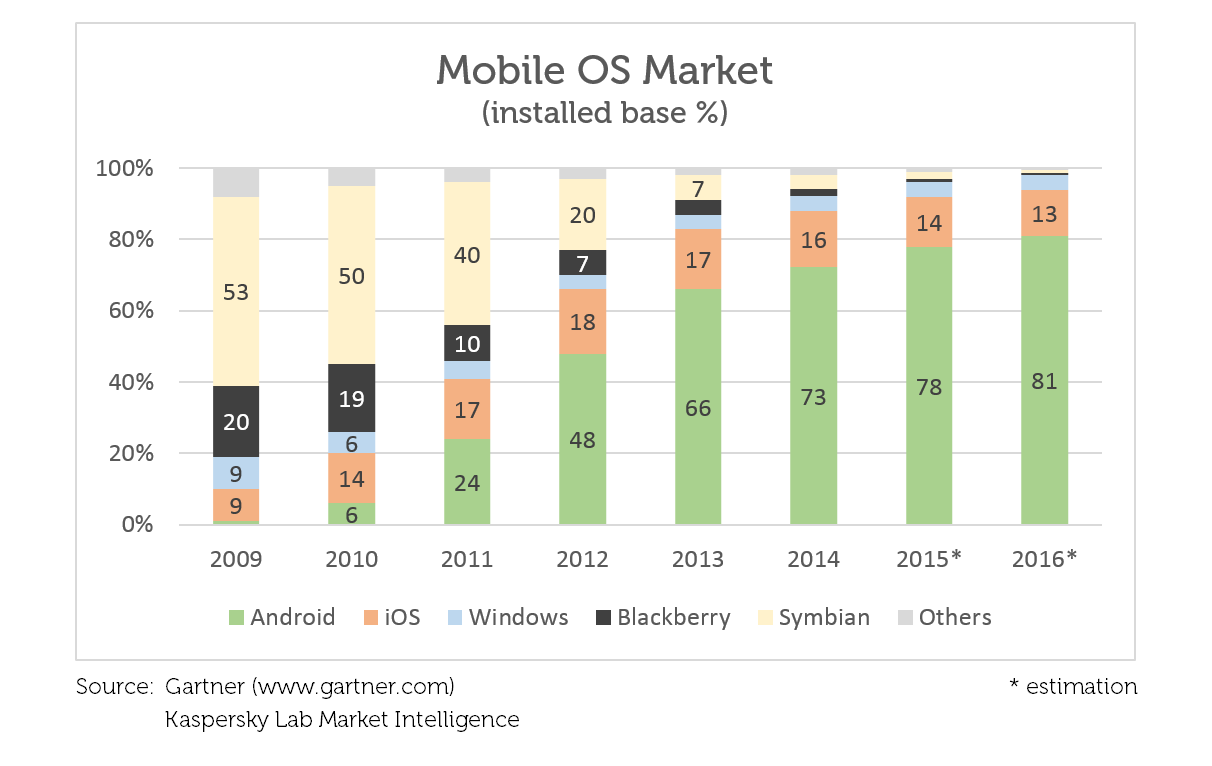 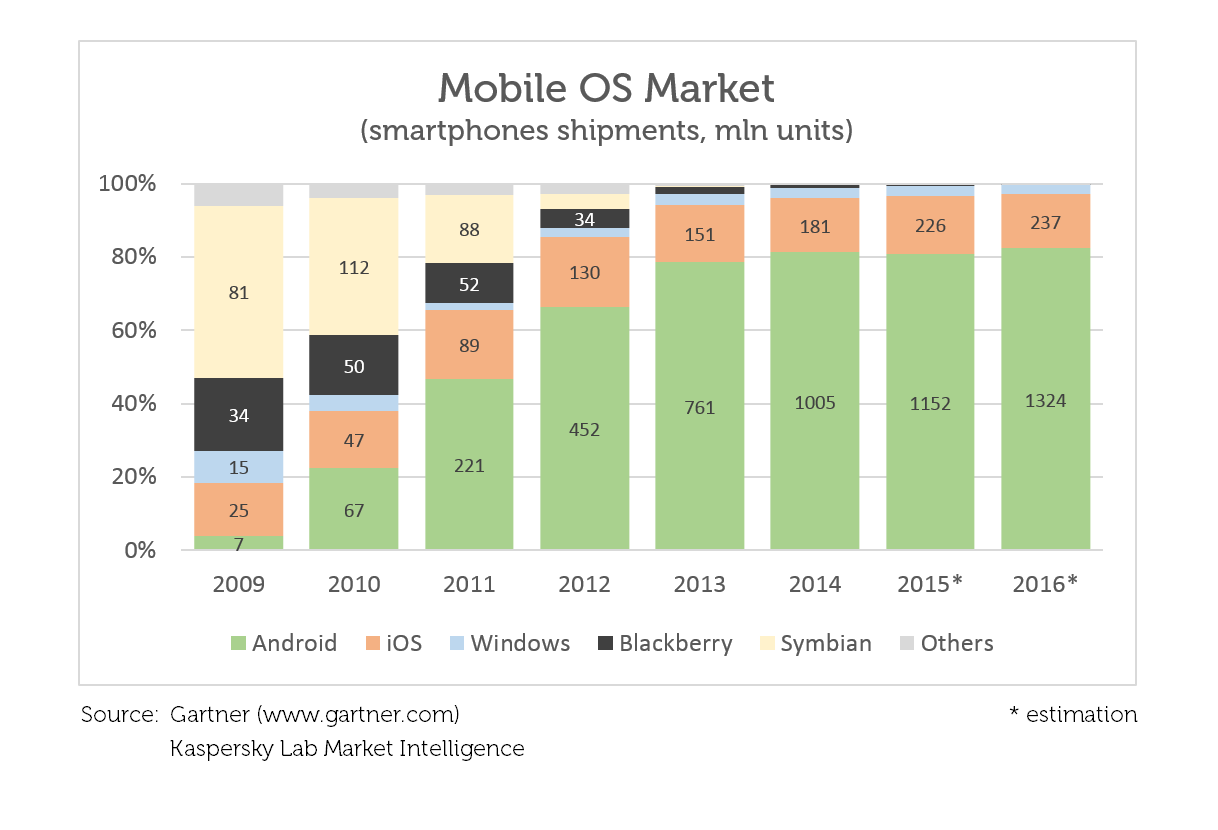 PS. No one tried to answer the question of my previous post? I repeat: how can you distinguish day from night at the North or South Pole when the season of Northern Lights (or ‘Southern Lights’) is in full swing, i.e., when night is as light as day?

For those who come up with the quickest, wittiest and most accurate answers – prizes await! Geeee. All these prizes and presents. It’s almost as if it’s nearly Christmastime :).