As mentioned in my previous post, in this one I’ll quickly go over what we didn’t see in Kimberley, but really wanted to.

Since Kimberley is a truly titanic territory, seeing it all in three days (a mere long weekend) is simply impossible. However, I was assured we did get in all the best bits of the territory. Also, another important objective was reached: Now I know where, when and specifically how inspecting the place’s natural beauty spots needs to be done. Thus, the below material should be taken as a plan of action for future visits…

So, herewith, some pointers for how best to plan and organize a sightseeing vacation in Kimberley, Australia:

– Season to visit: April-May – right after the rain season; so as to see the waterfalls at their best – in full gusto.
– Micro-timing of the trip: when there’s either a new or full moon; so as to see the tides at their best – at their maximally extreme.
– To have one or two days’ plane or coach excursions; so as to see all the sights described and photo’d in my Kimberley posts 1-6.
– To charter a ship for, say, 10 days (preferably with a helicopter, or to come to an agreement with a local chopper company).
– Sail on the ship from Broome to Wyndham (or nearby – wherever the ship can moor); so as to be able to inspect all the most significant coastal beauty.

… And those most significant coastal beauties are as follows:

1. King Cascade, somewhere on this river. (Surprisingly, the Internet has little to say about or show of this place.) It’s around 200km (as the crow flies) northeast of the Horizontal Falls. The few pics on the net are here. 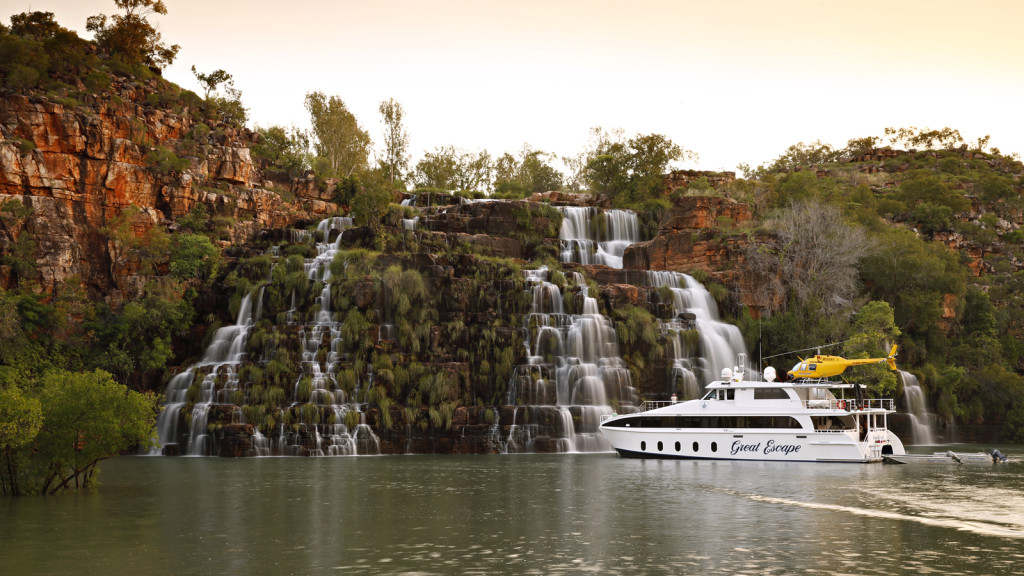 2. Mitchell Falls in the Mitchell River National Park. This place comes highly recommended, but traveling there… oh dear. You have to sail up a river to get to it! There are no roads around whatsoever. Here’s the map. It’s another 100km to the northeast. Here are a few pics. 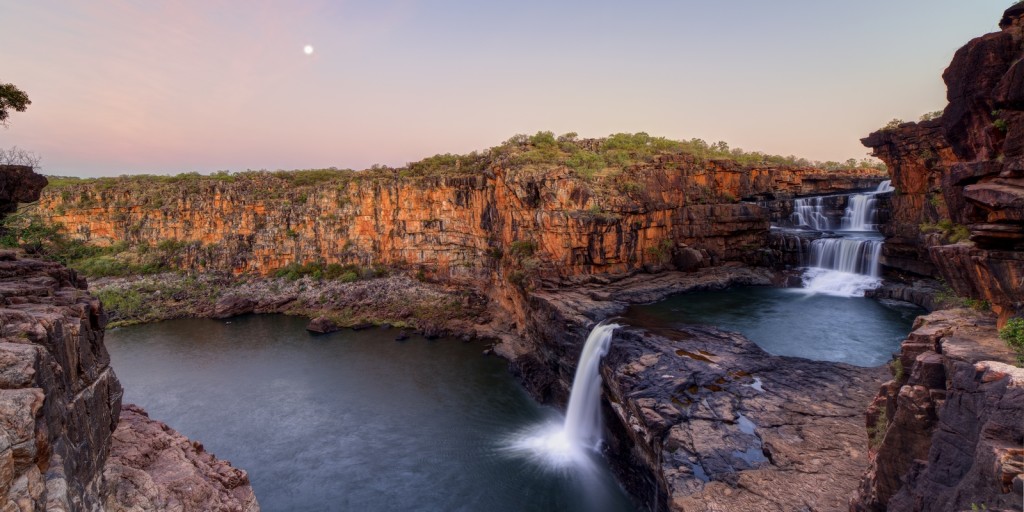 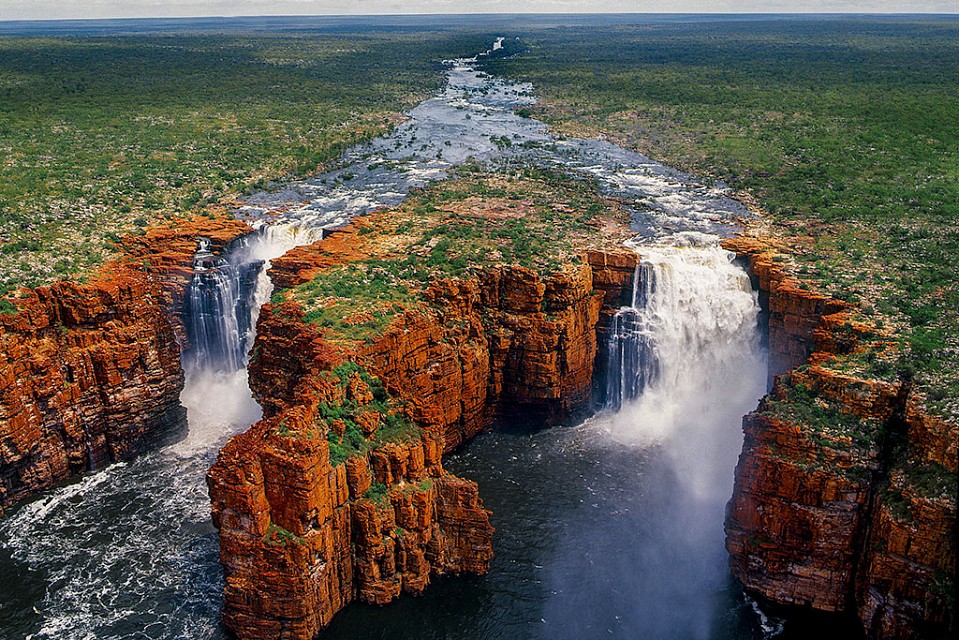 Those are just a few of the awesome sights to be seen which we didn’t get round to checking out this time in Kimberley. I’ll just have to get back down there some time to see them all. I’m into going back to the same (wonderful) places again and again after all (I go to Kamchatka practically every year). I need to gather thoughts, make plans, form a team of like-minded adventurers, and get there – this time in Kimberley’s fall (April-May). Now that’s going to be something. So, who’s on for it? :)

And on that optimistic, forward-looking note, this time – really – that’s all from Kimberley!

All the photos from this outstanding Oz trip are here.