“Why don’t we do a Banksy, kinda?…” someone in our creative collective suggested one day. Why don’t we, indeed, I thought, and issued the proverbial green light. “Only, our artwork needs to be bigger, brighter, better… than Banksy (cough),” I added. “So our logo’ll be easier to see.” :-) 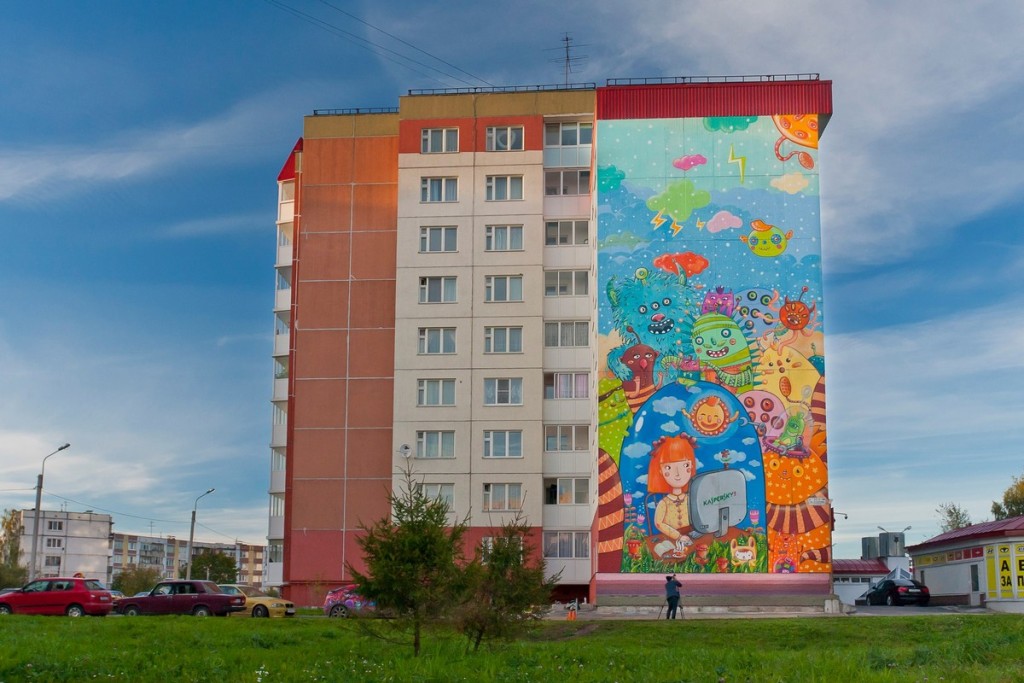 Months later, several towns across Russia had had a particularly dismal apartment building side-wall brightened up with a dazzling, cheerful, multicolored mural! 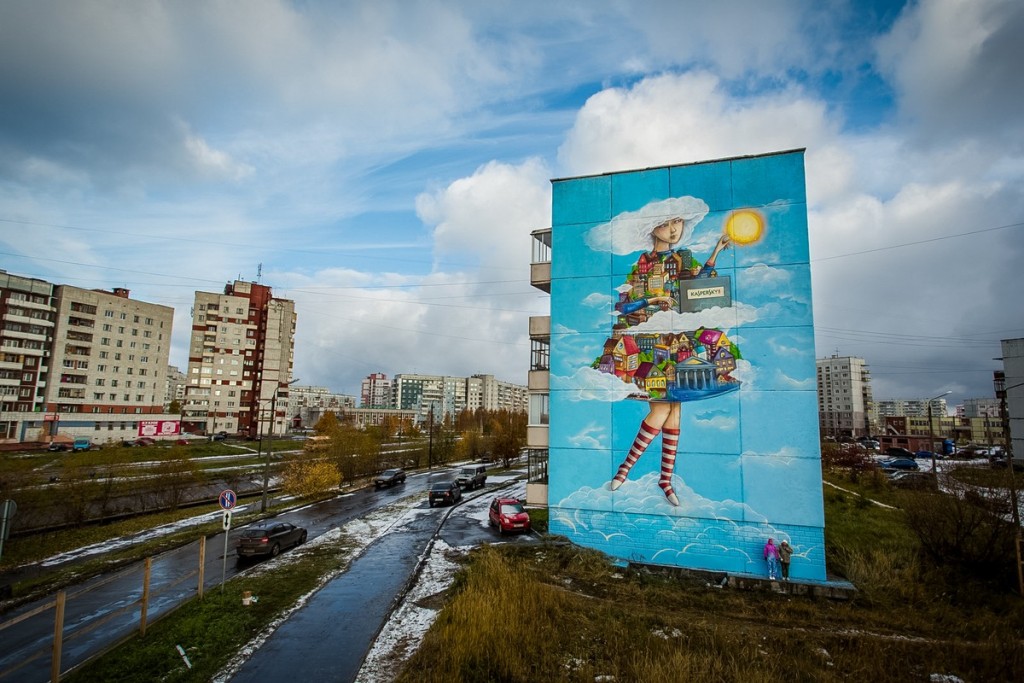 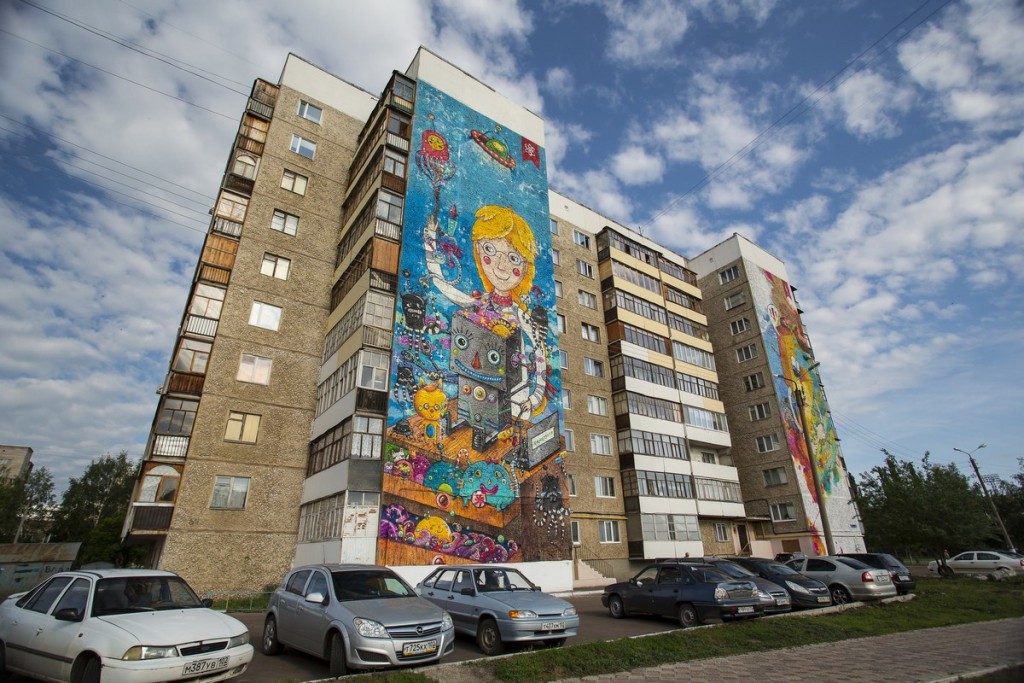 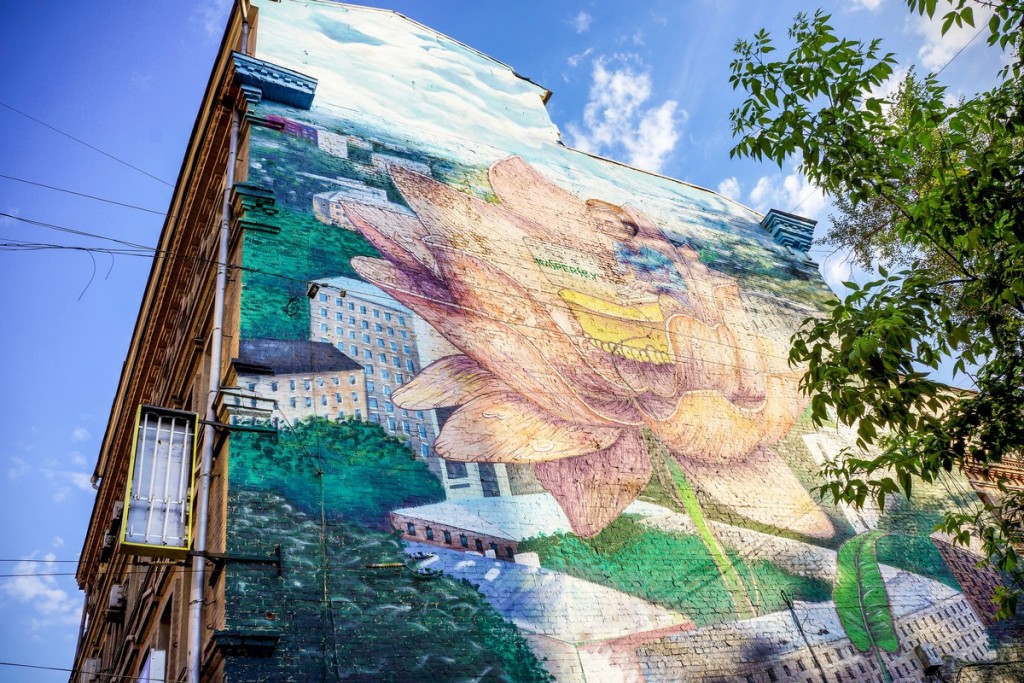 Now, you can’t just turn up one day and start merrily painting the whole side of a multistory housing block in Russia. Probably the same goes for other countries. No, there’s a tonne of red tape and other hindrances to overcome… Nevertheless, with determined perseverance – we pulled it off. Yep, we’ve now completed our apartment block ‘graffiti’ in Gatchina, Salavat, Moscow, and (just lately) Severodvinsk. Hooray!

Turns out actually applying the street-art onto the side of a building is the simplest, quickest stage of the whole start-to-finish of the project.

Before ever putting brush to paint, several months are needed for agreeing the project and getting all the relevant permissions. Alas, the standard reaction to the idea of painting a dull building is categorically negative” “What? Graffiti? Mural art? On buildings? Which people live in? Are you right in the head?!”

There were some pleasant surprises however, including in Salavat, whose authorities granted permission for several buildings straight away, gave us specific topics to be conveyed in the paintings, and in all sorts of other ways were really cooperative and helpful in facilitating the process. Big shout out. Many thanks: much appreciated!! IMHO, I can see why they were keen: just look at the transformation: 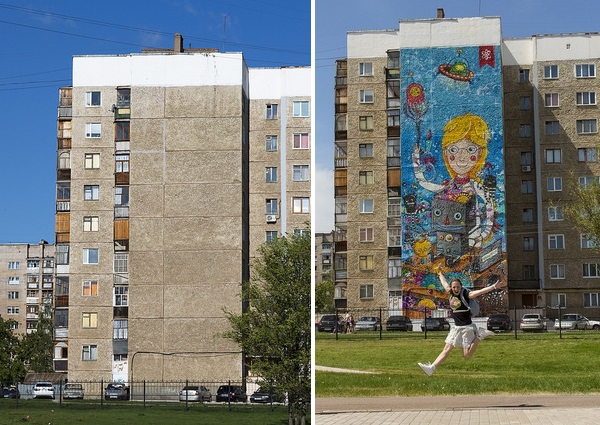 Now, after several successful building-painting projects, the pace should be quicker in future. With each new addition we see more and more understanding from the powers-that-be, and they’re more willing to meet us halfway. And of course, our ‘cv’ highlighting our completed works gives the authorities something tangible to help them say yes to a mural in their town and get the locals onboard.

At first a town’s inhabitants are as a rule a little perplexed during the early stages of the actual painting process. They approach the artists asking them all sorts of questions and request to see their permission for the work. Sometimes they even threaten to call the police. But later on, generally, they bear up, warm to the idea, and then for several days in a row stand and stare at the ongoing labor of love. The local grandmas even bring pies and flasks of tea :). Overall: eventually, we win the towns over. It’s all good :). 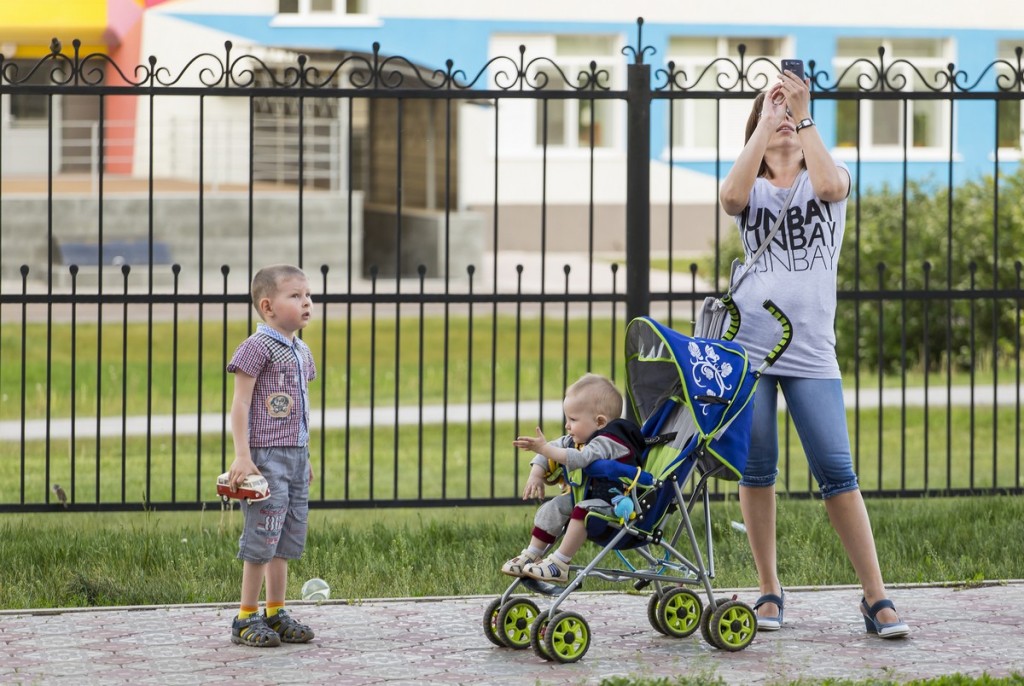 Bro, I don’t need no mural. I just need my toy camper 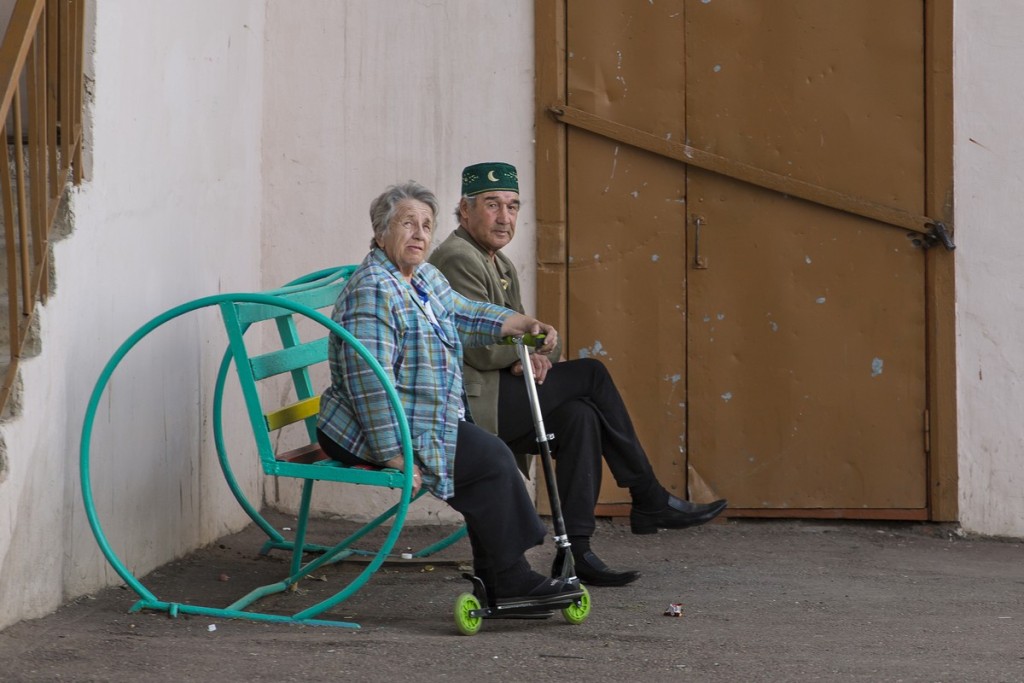 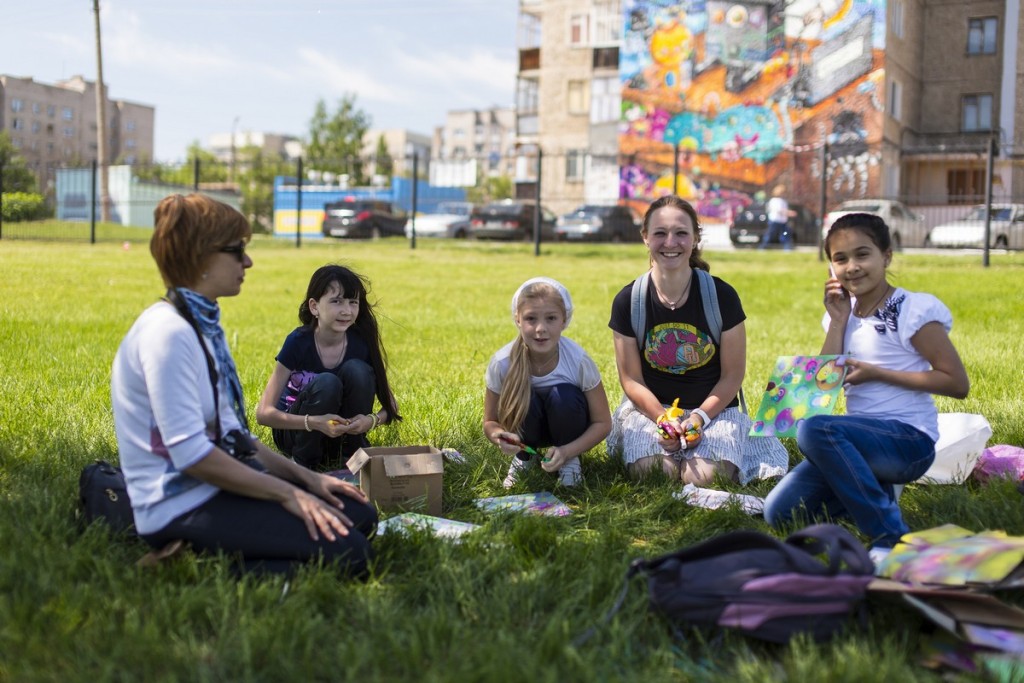 Each composition takes two artists about a week, and up to 100 liters of paint. 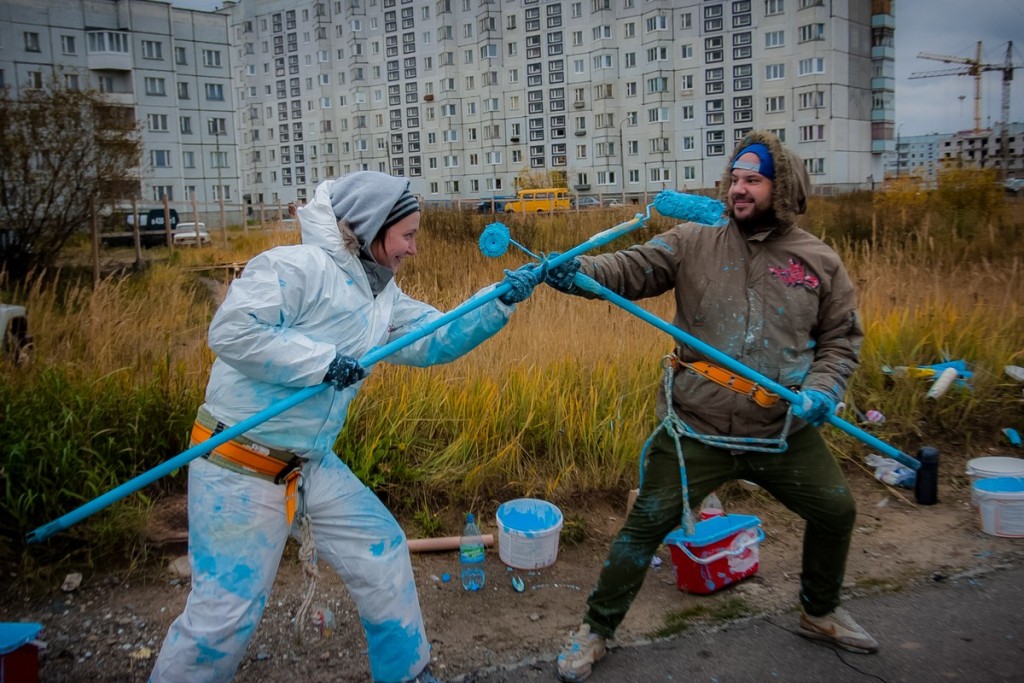 “We felt really exposed to the natural elements there. We were drenched with rain, the sun fairly baked us, there was the fiercest wind, and towards the end it was freezing cold (plunging to -7°С at one point) and there was even snow. All that in one week! I’d think it’s fair to say that’s extreme. Dressing appropriately turned out to be a nightmare!

But in the end it was all worth it: Besides the good-natured residents and submarines in the nearby White Sea, the town now has another attraction – our mural!” 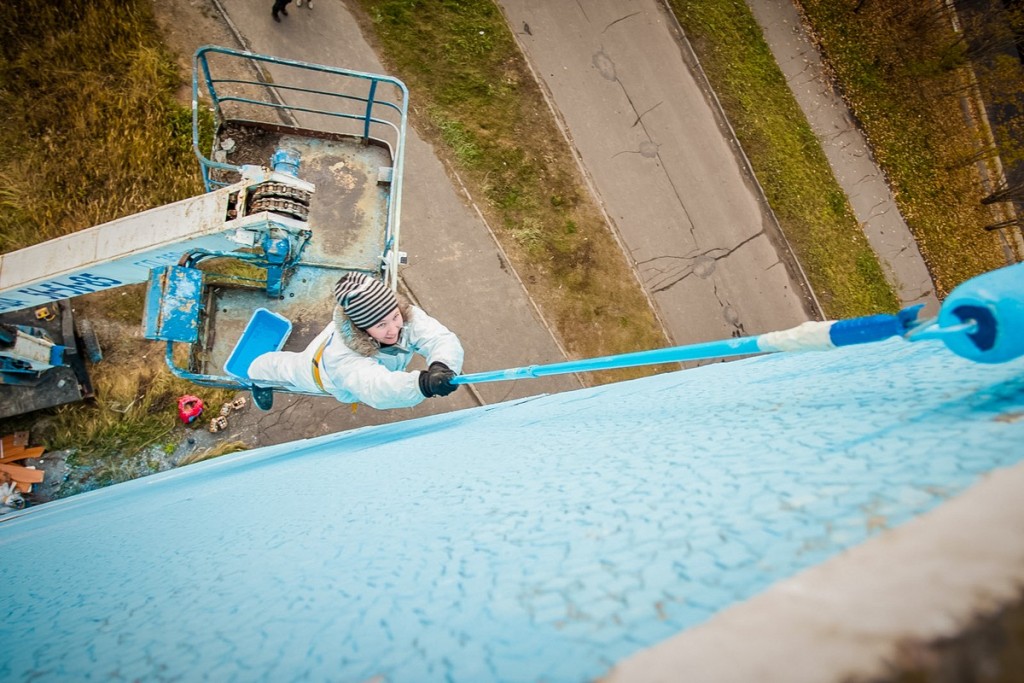 Alas, it hasn’t all been plain sailing painting.

Example: One wall we painted in Moscow was recently painted over. Who was responsible we don’t know, and the authorities claim ignorance. It doesn’t look like street vandals though – for such an undertaking expensive equipment is needed, not to mention ‘official’ support.

And now we've just completed the 3rd wall in Moscow. Every day thousands of people walk and drive by this building. Hope we will succeed in making them smile and feel better!

Not to worry: we’ll just have to restore it back!

Overall though, the whole project has been a success. So much better a bright fun mural than gray old blandness. After all, we don’t quite have the architectural awesomeness that you get in, say, Singapore, Magdeburg or Barcelona, so we have to think outside the box and get creative in other ways to liven things up. I hope it’s not just me/us that like(s) the idea, and that it catches on, seeing other IT companies – in fact any sector’s companies –joining in the fun. Maybe King Banksy himself will get into it? :)

Still cooler would be launching a pyramid scheme – something like the Ice Bucket Challenge: Paint a wall > challenge another three companies to do the same > and so on, right round the globe; and if they don’t agree – get them to pay half the price of the work…?

I think to get things going on a global scale we’ll have to get all our regional offices involved – painting cities across every continent: getting them into the competitive spirit by putting national creative ability and prestige at stake!

Our social-media types say they’ve more fresh creative ideas for how to take this idea further.

In the meantime, maybe you, dear reader, have some ideas? Let’s face it, it’s not as if you haven’t got the time to put your little gray cells to work – you got to the end of this text, after all :).

Ideas > in the comments pleased.

And lastly – perhaps MOST IMPORTANTLY! I also await the coordinates of dismal apartment blocks whose end-walls need rebooting… preferably with photos and reasons for the need for a mega-KL-multicolored refurb!