Summer. A bit of free time – more than usual. So here you are, something for the weekend, sirs and madams…

I’m always hearing funny – not ha-ha – comments about modern-day China, including those related to the incredibly strong rise of its economy, or about how many bowls of rice the worker of modern China is prepared to work for. But Wikipedia is good on China, as are plenty of textbooks, plus this, this and this are interesting too (on per capita GDP China comes 121st in the world – between Tunisia and the Dominican Republic).

But for those REALLY interested in China, I REALLY recommend reading this fat book on China by none other than Henry Kissinger.

In it you’ll learn all sorts of new-to-you knowledge and curiosities about the country’s ancient history, its economy and more. There’s the estimation that the GDP of medieaval China was something like a third of world GDP, there’s all the treachery of the opium wars, there’s the communist past, and the country’s renaissance. As I say, I strongly recommend it. But here’s a warning: there’s a TON of detail in there. Some pages I just scanned. All the same, on the 25th anniversary of Tiananmen Square, it feels like the right time to give it a read.

Check it out if you haven’t already, or watch it again: You Only Live Twice – Sean strutting his stuff as Bond, James Bond; shaken, not stirred.

Turns out GoPro appeared 47 years ago (see the pic below)!! You see, I’m going through the whole series of Bond films – from Dr. No to Skyfall. I’ve got them all in my laptop which I watch while on the treadmill in the gym. Amazing how enjoyable running on the spot can be :). 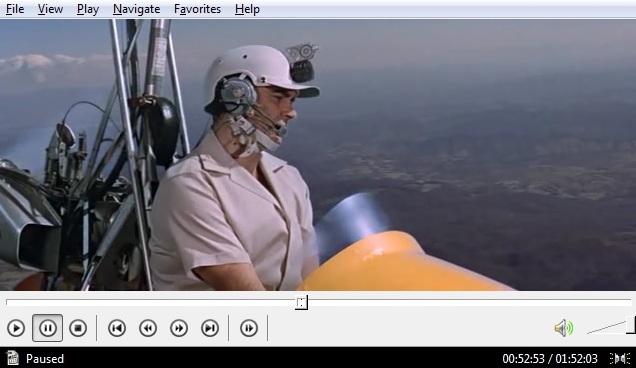 No words needed. It’s music. To be heard and felt, not talked about. Enjoy!