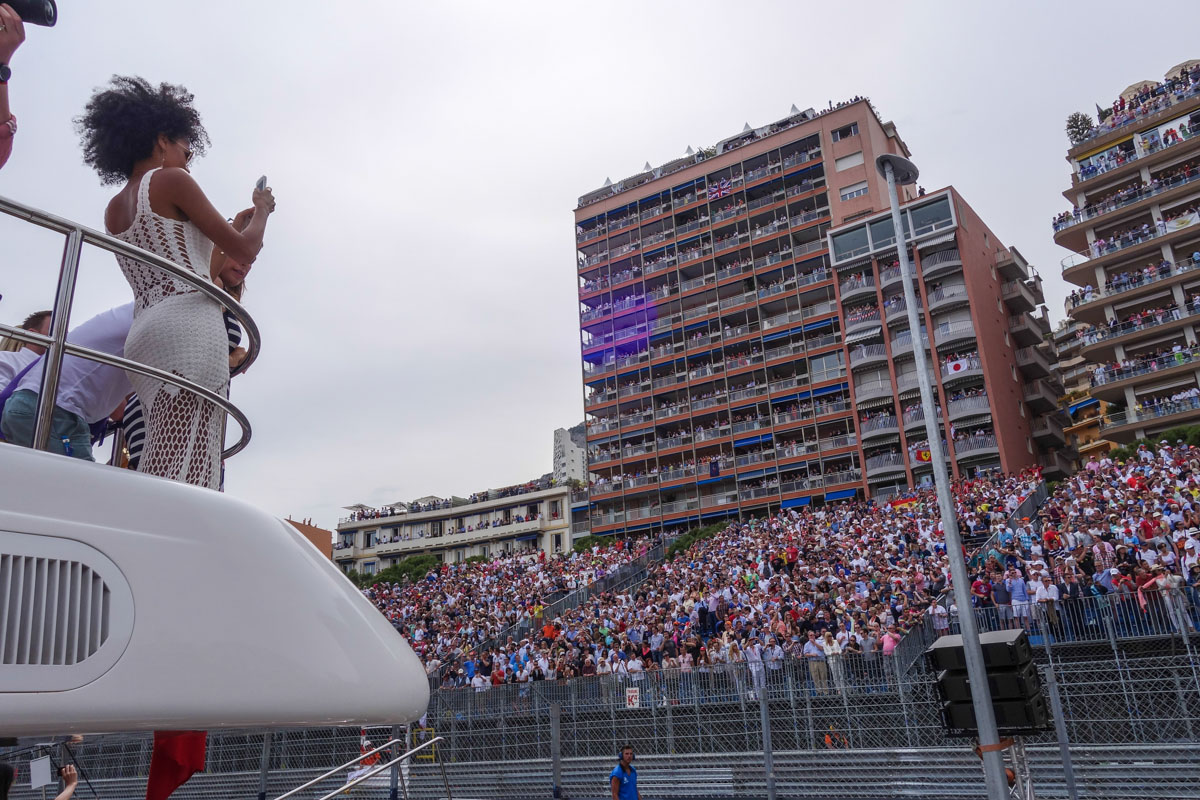 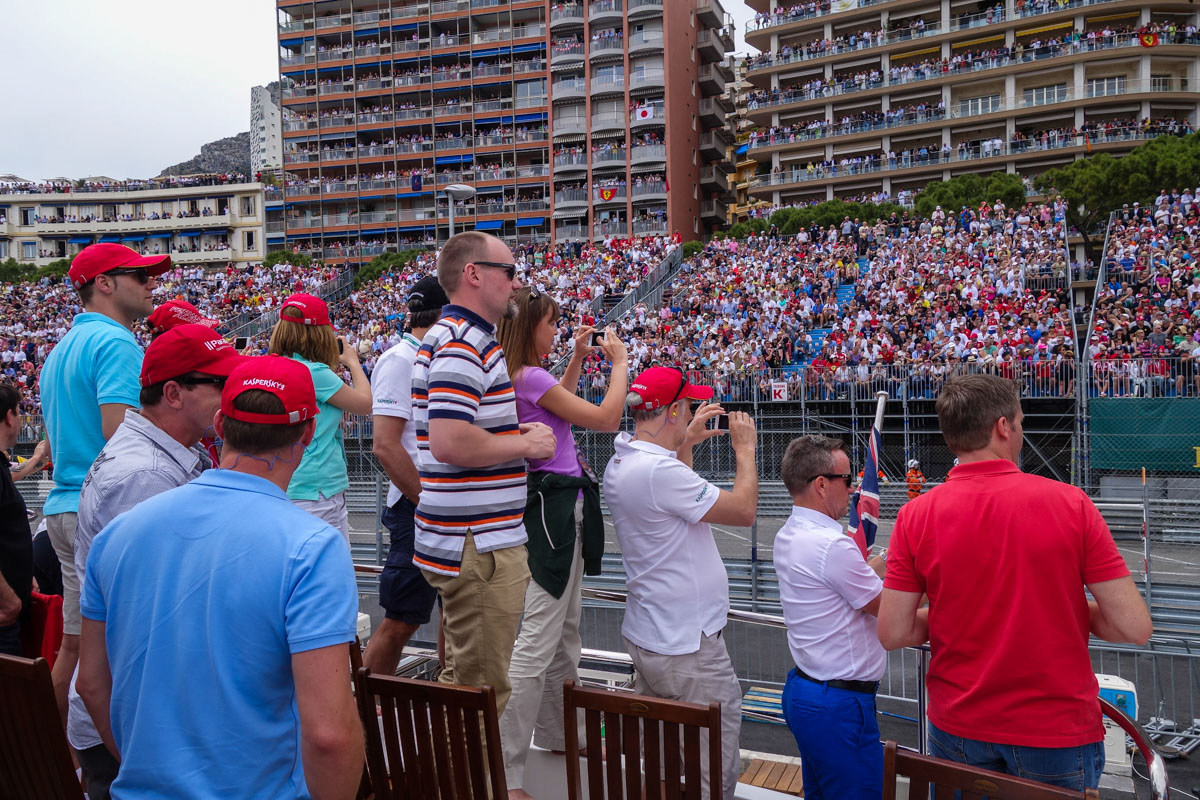 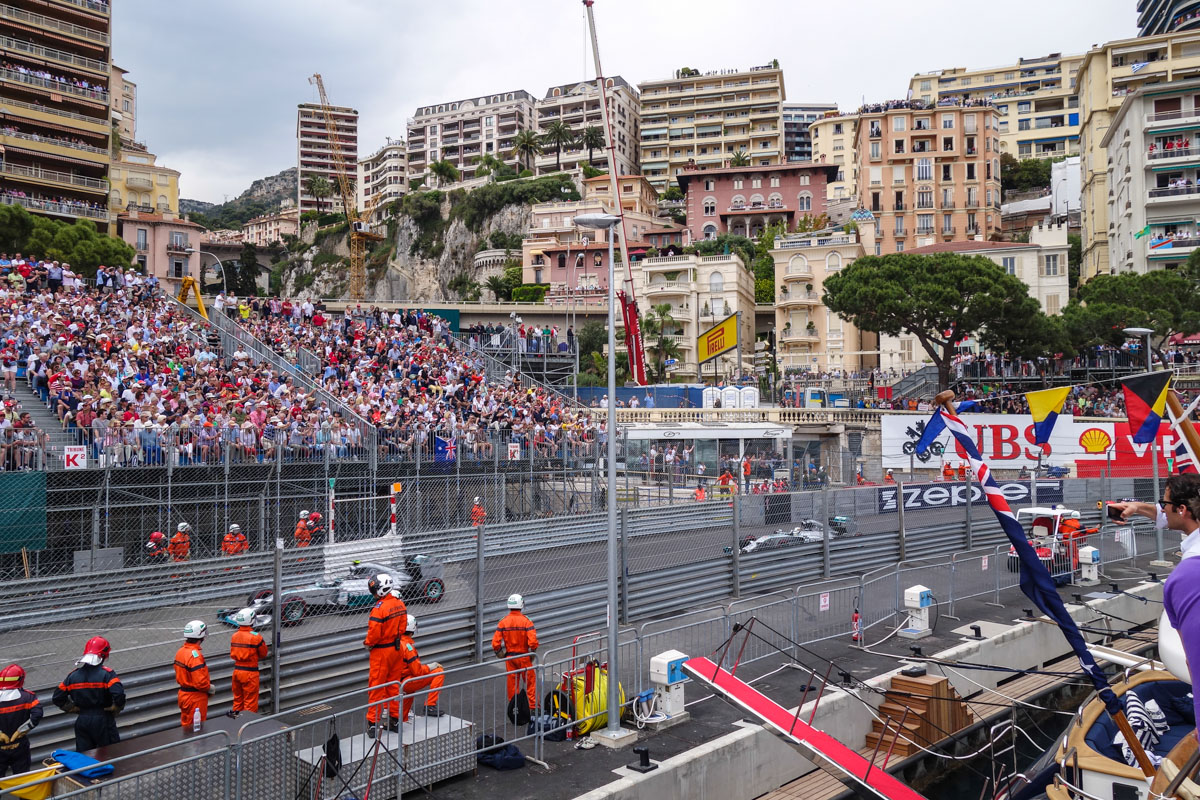 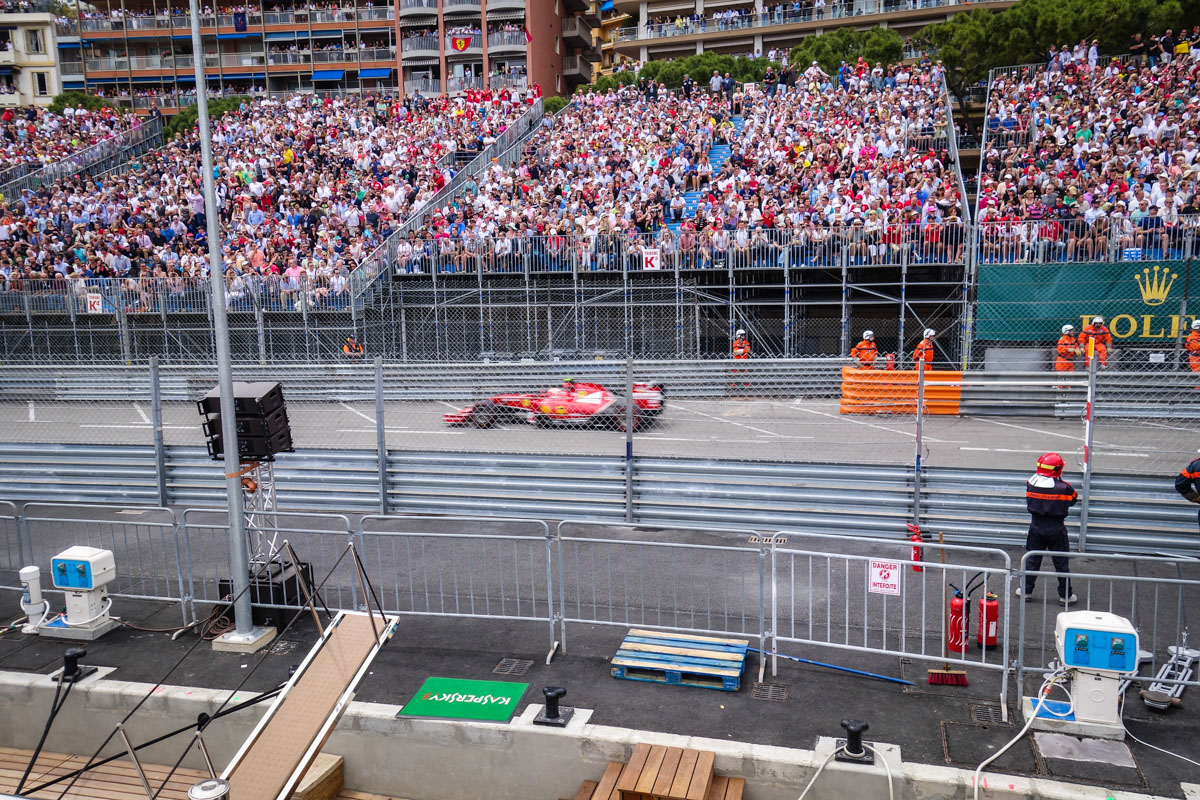 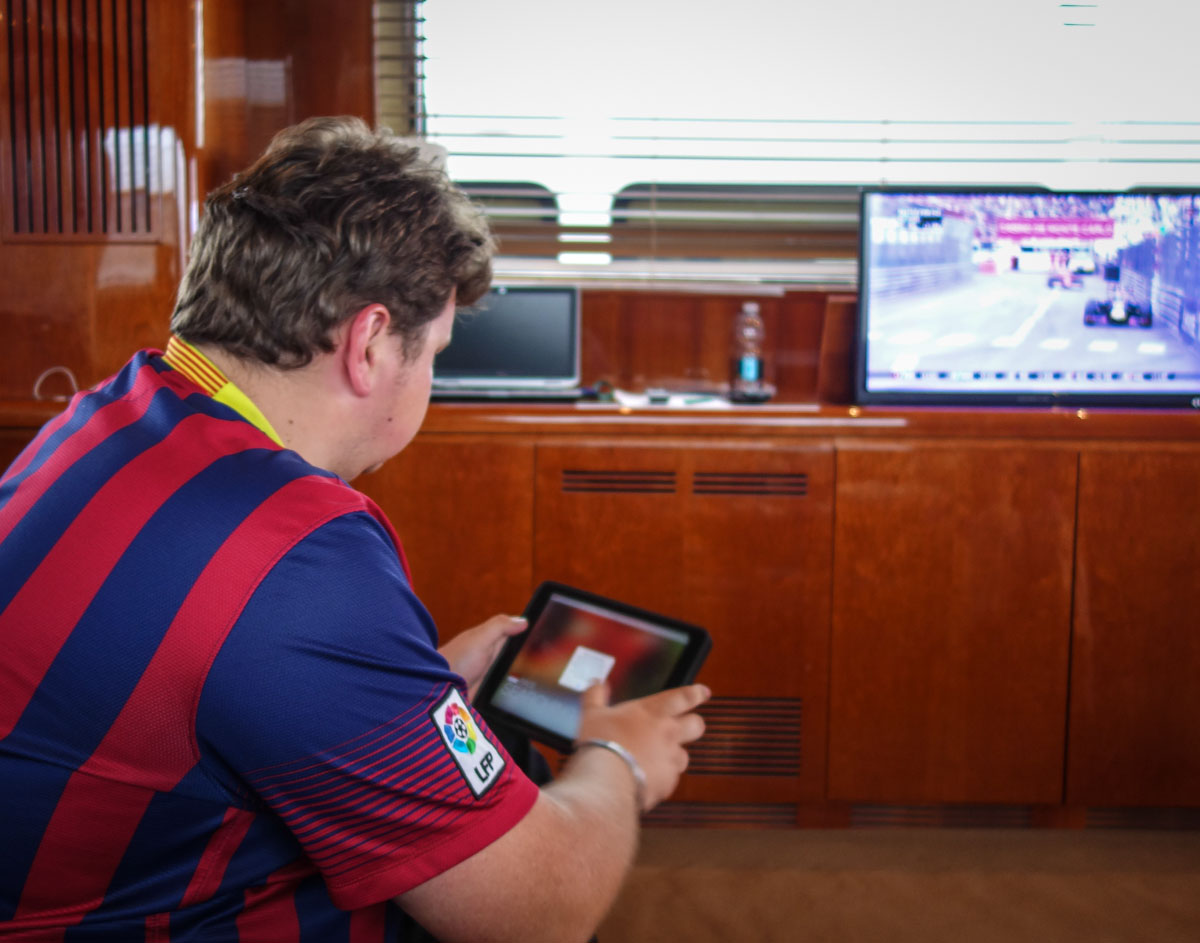 Seems I’ve written rather a lot of words on how to get the conditions just right for some F1 euphoria… That just shows how crucial a matter it is. But anyway, I’ll up the tempo now – shift into top gear even…

The speed of the cars depends on what racetrack they’re on. Some tracks are fast – where cars go over 300 km/h plenty times. Others are slow (relatively speaking); the Monaco track is one, to which F1 made its annual visit at the weekend.

The racetrack is bang in the middle of Monaco. It’s thin and has real sharp corners. No mega-fast acceleration, no frequent overtaking. But a lot of unexpectedness – be it a car slamming into a wall, or a bend poorly negotiated (oh, what bad luck! I mean Kimi), or a motor bellowing smoke (cooling fluid too low?). In all – riveting and adrenalinized this year.

Another thing that was different this year was that the screams of the motors weren’t as loud as in the past. Before, F1 cars roared with decidedly destructive decibels, which would make your guts smack against your spine! But this season they’ve introduced new rules for the engines – they’ve gotten smaller and greener, and as a consequence much quieter! Now the safety car bellows louder! 10 meters from the track it’s possible to have a conversation hardly having to raise your voice. How times change!

But why? What for? Is it pollution – both air and noise? Hmmm. Still seems a shame. Bring back the volume! Turns out I’m not alone in wanting this – the earplug industry also wants the volume back! 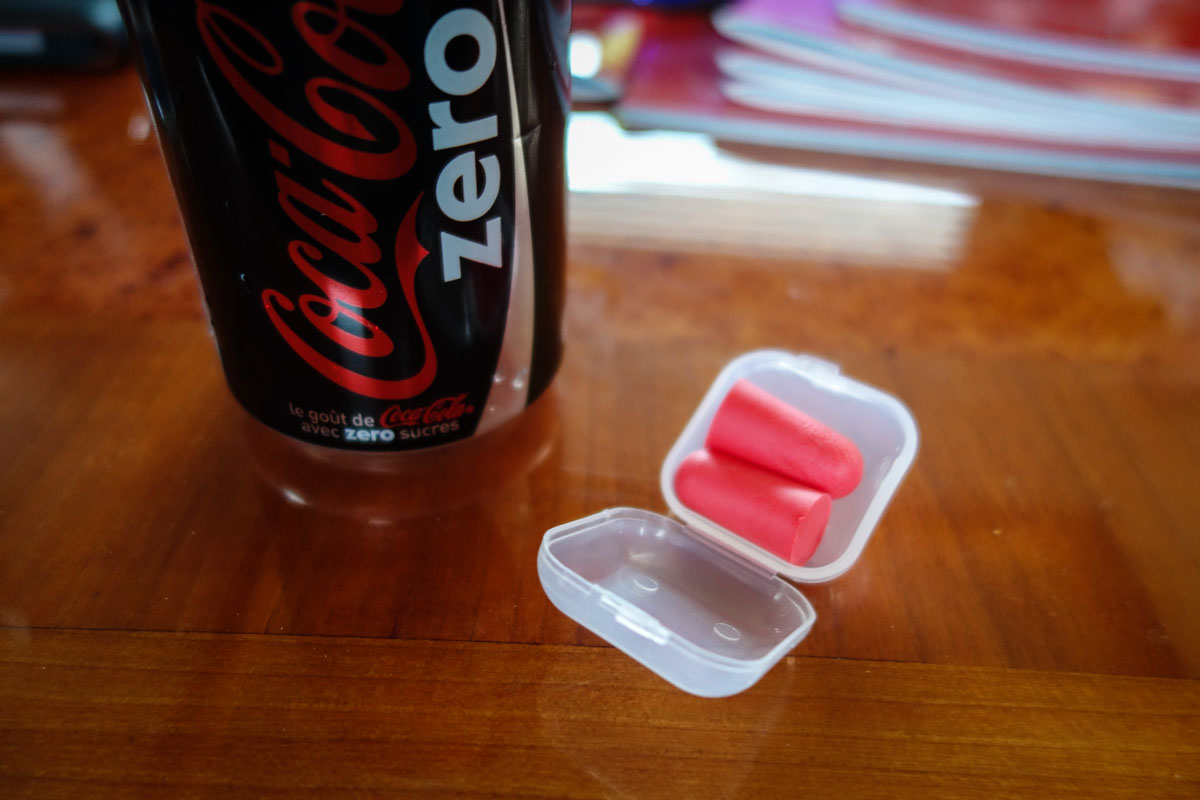 Of course there’s the one other aspect of the Monaco Grand Prix… classy beach shindigs, all-night parties on yachts, and all the other assorted glamor and decadent excess you could think of. 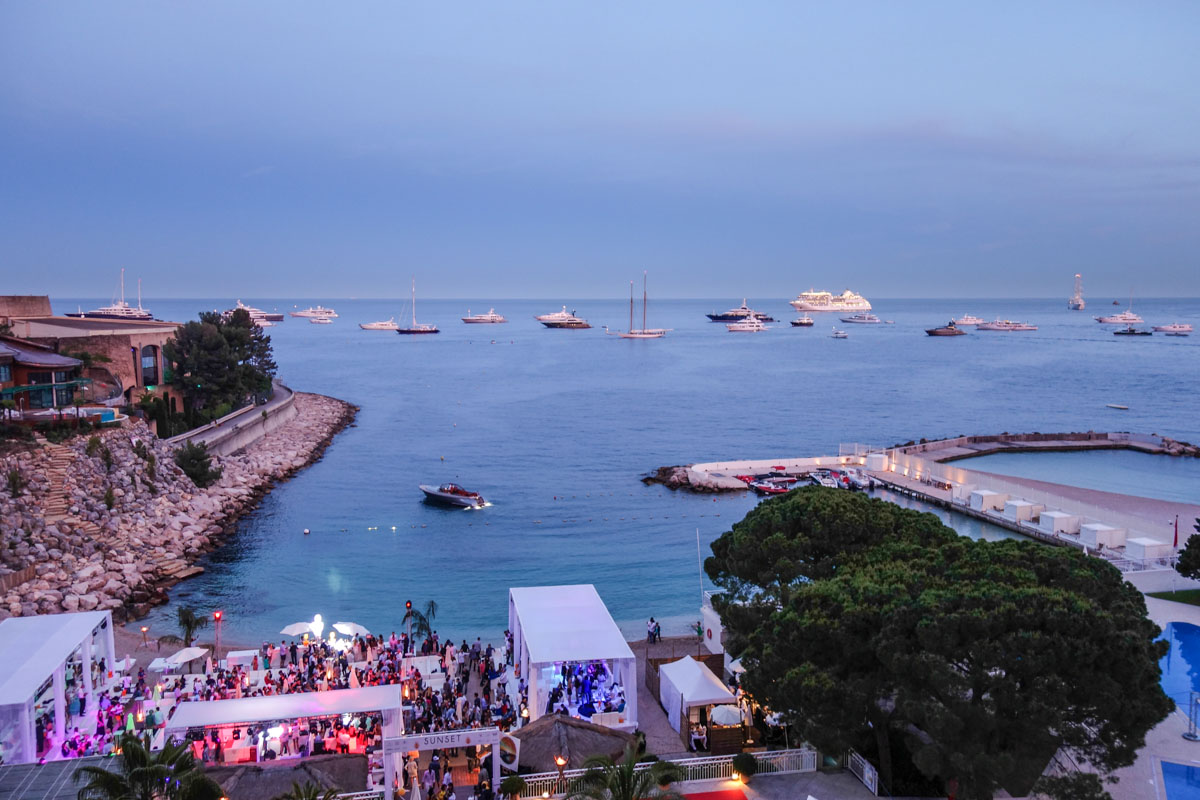 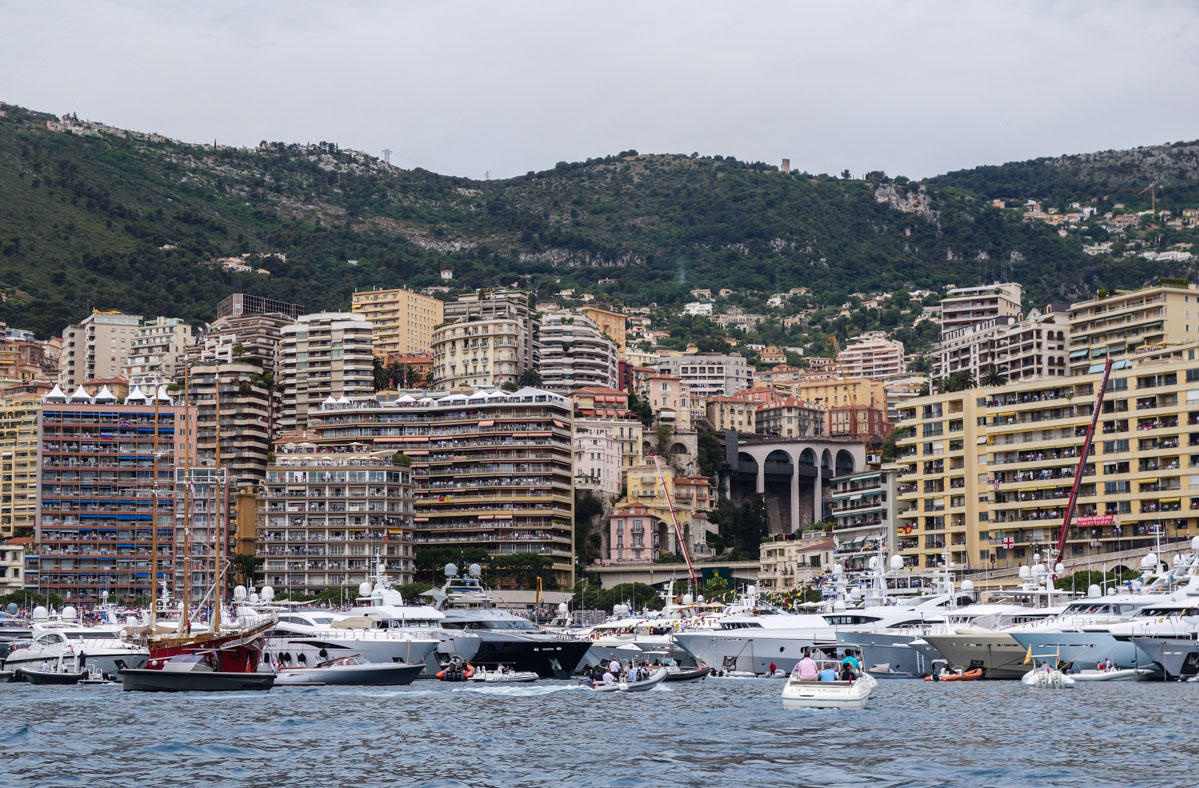 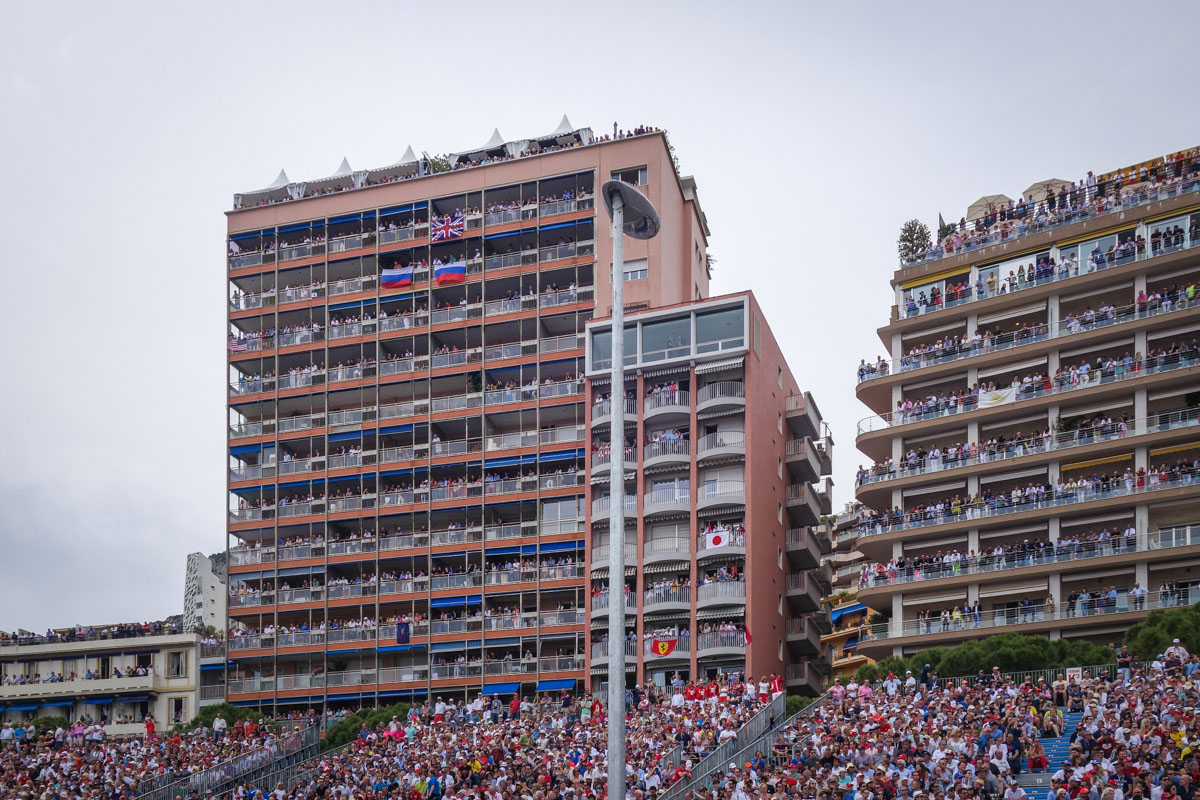 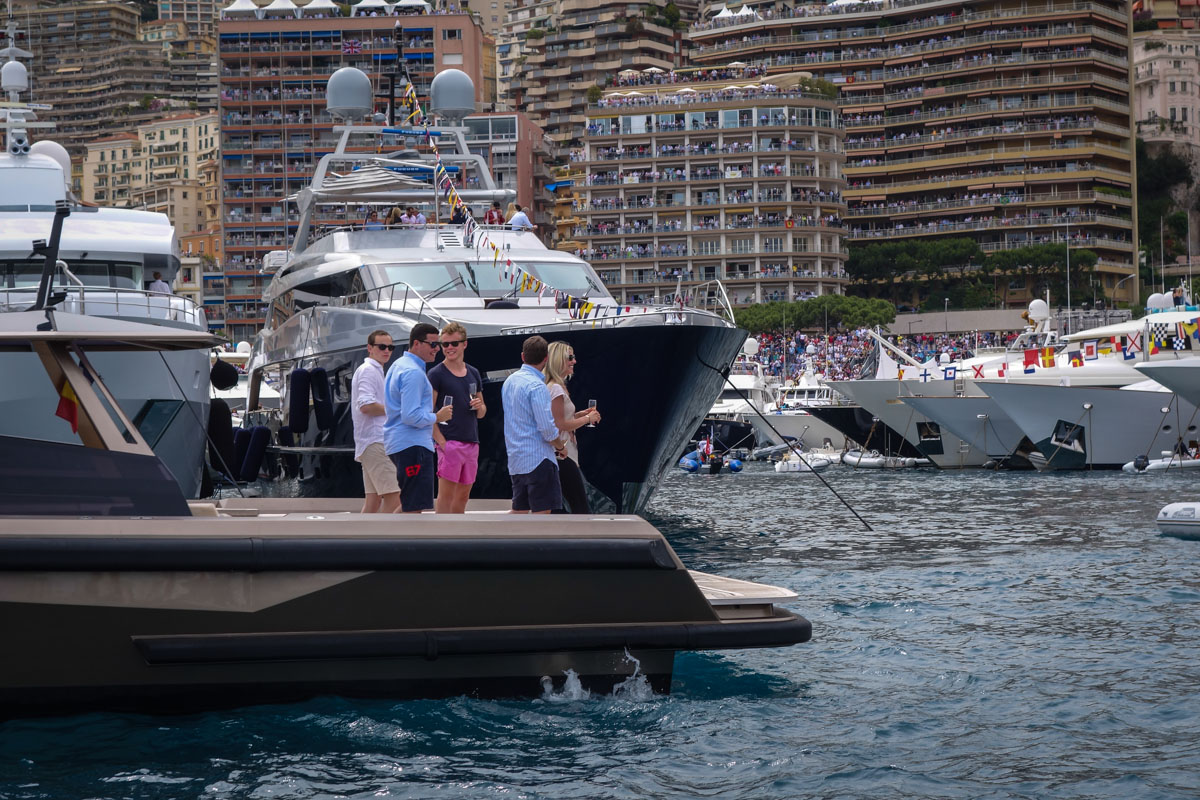 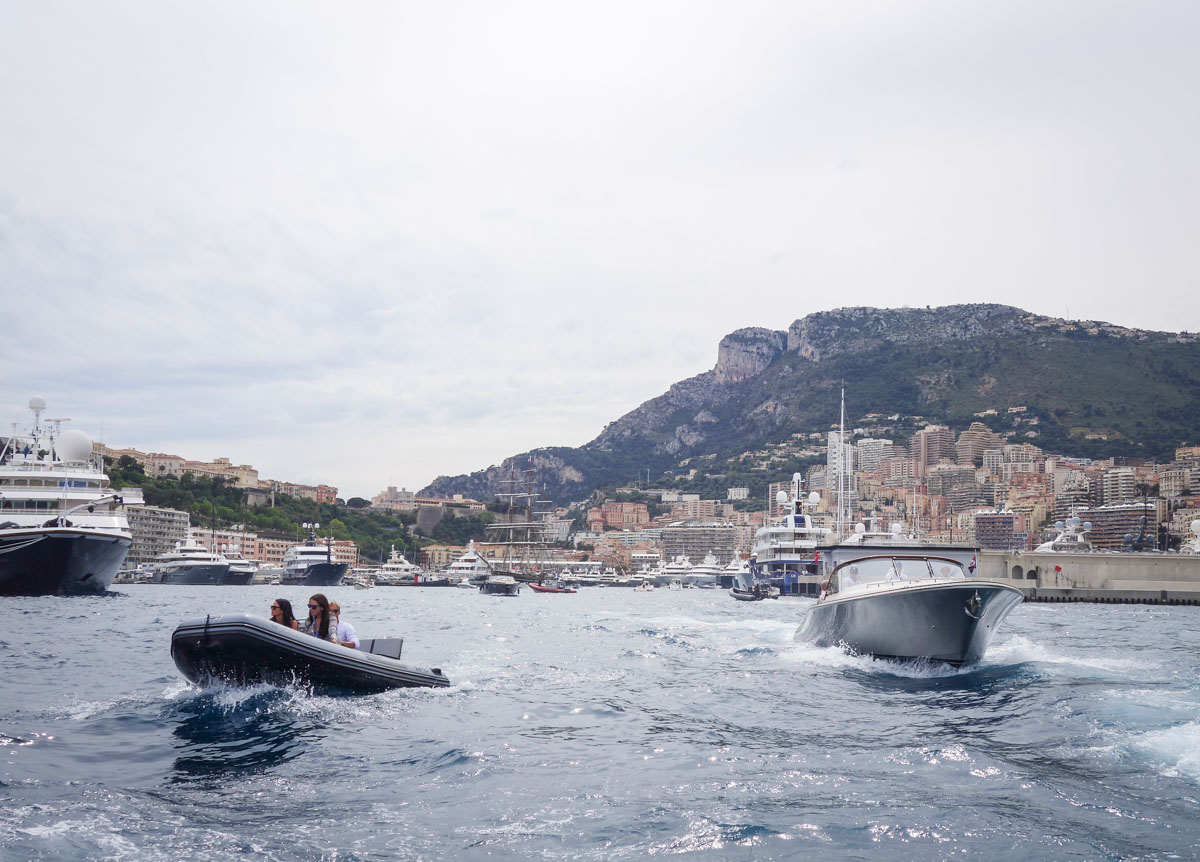 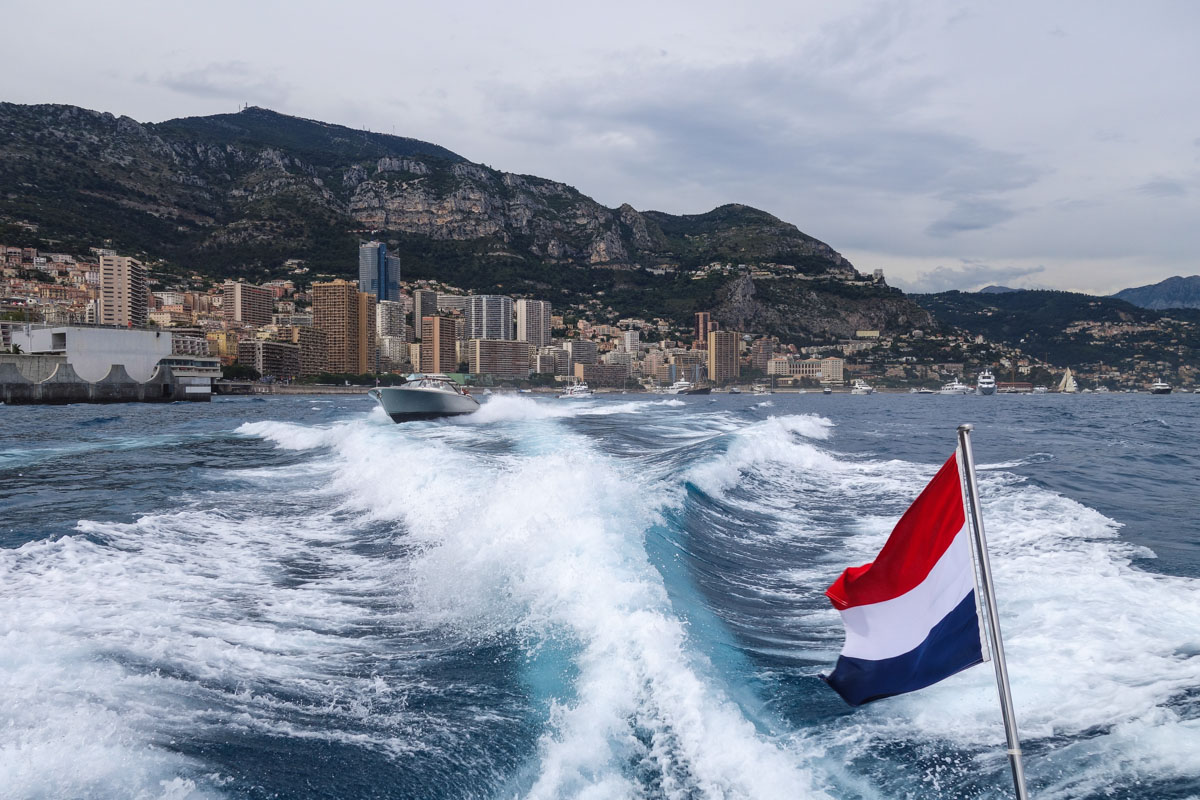 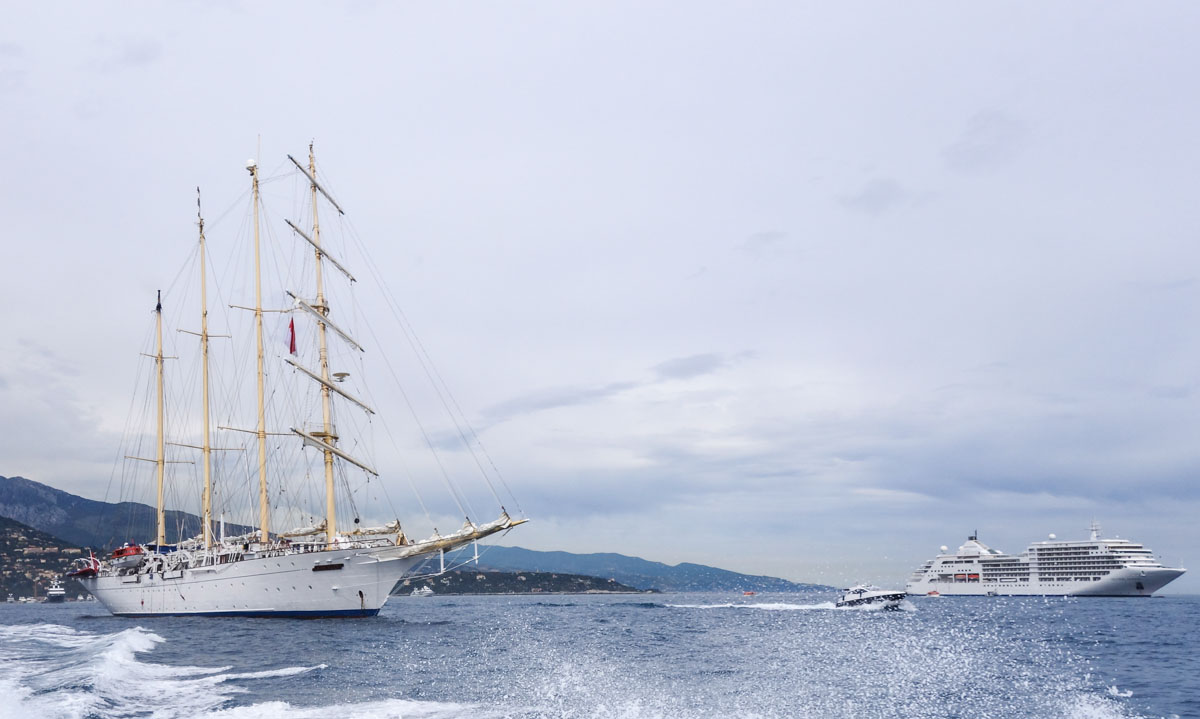 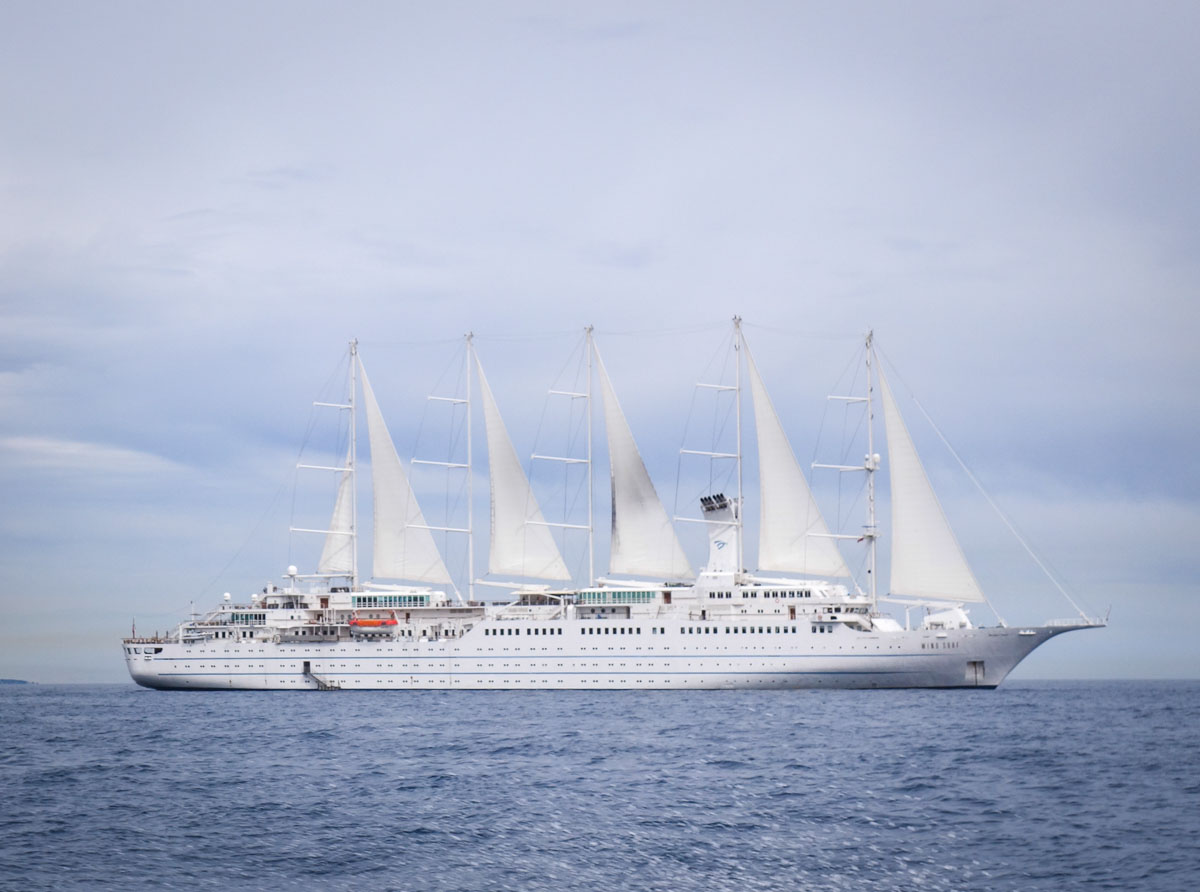 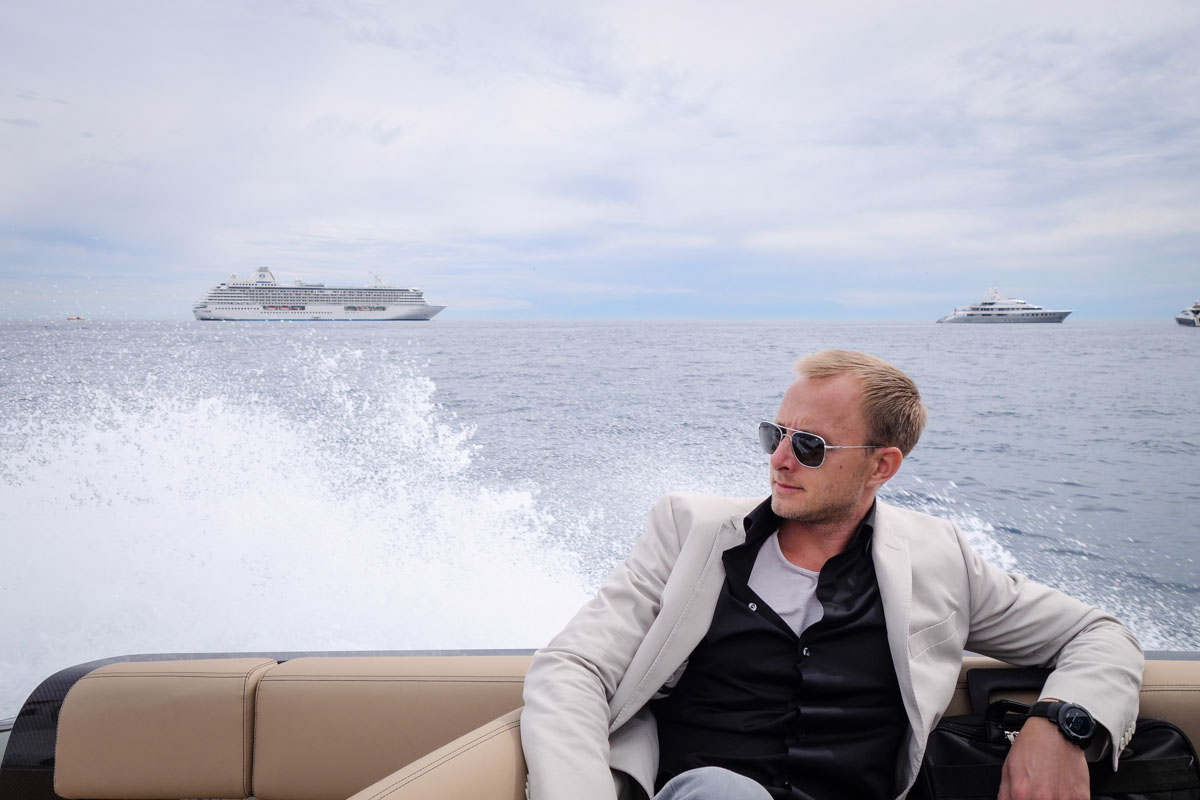 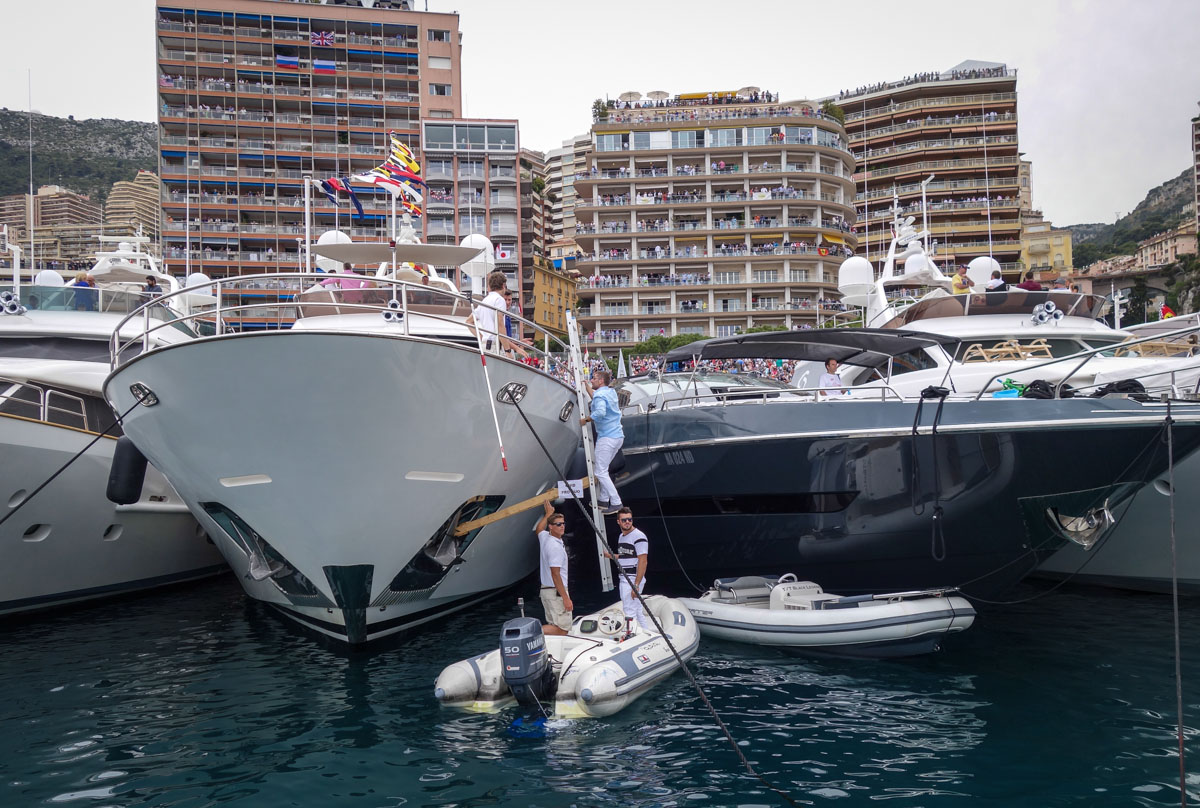 Boarding yachts – only from the bow end. Poor things. 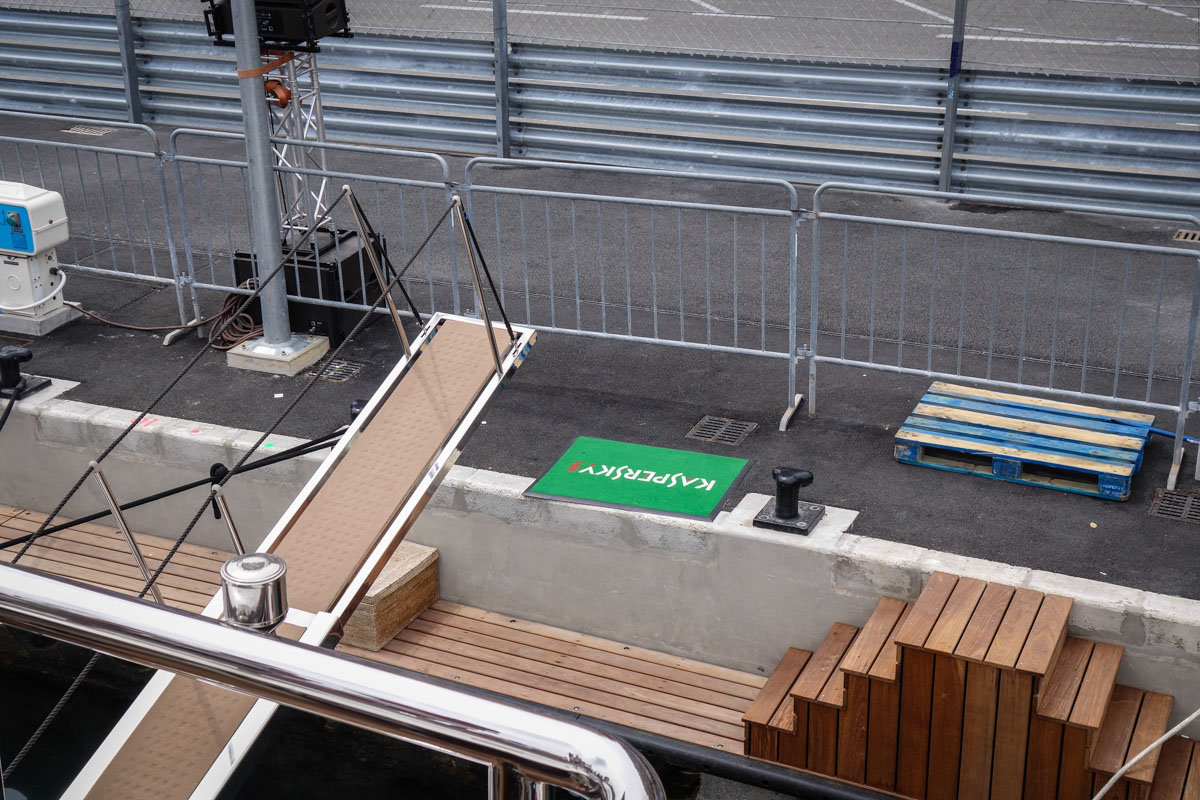 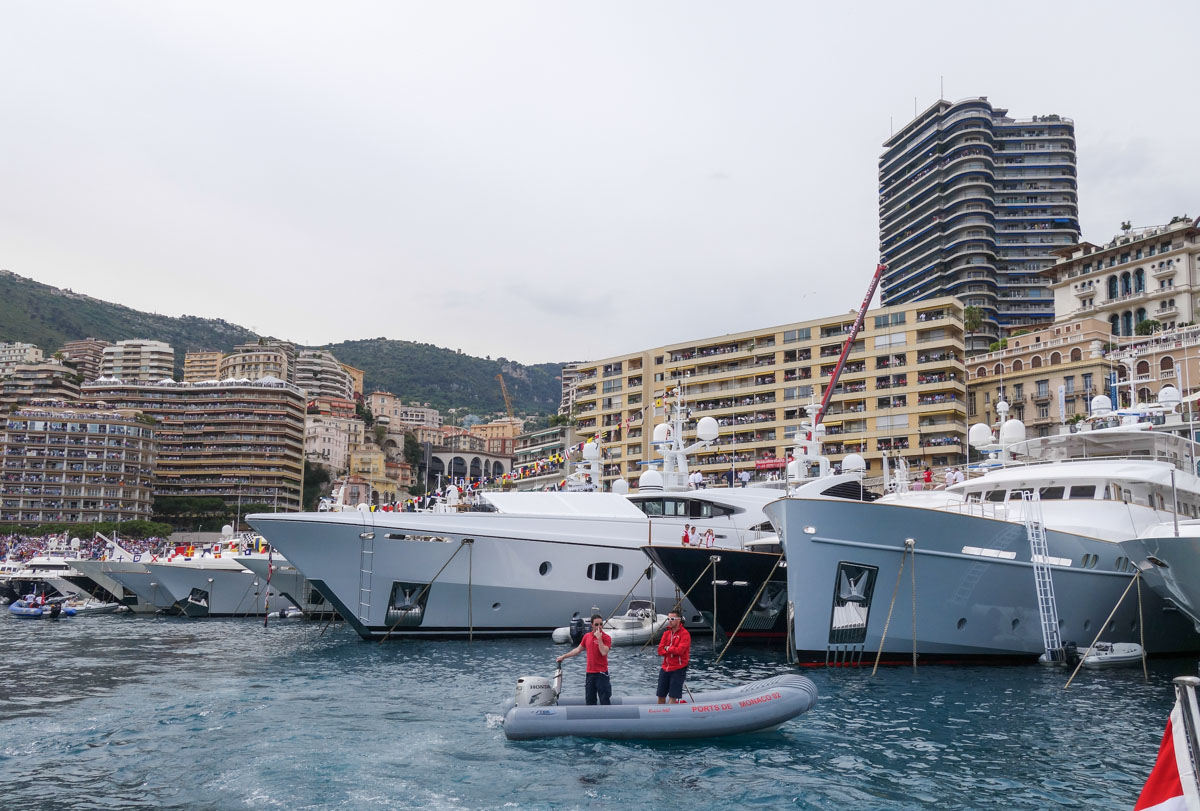 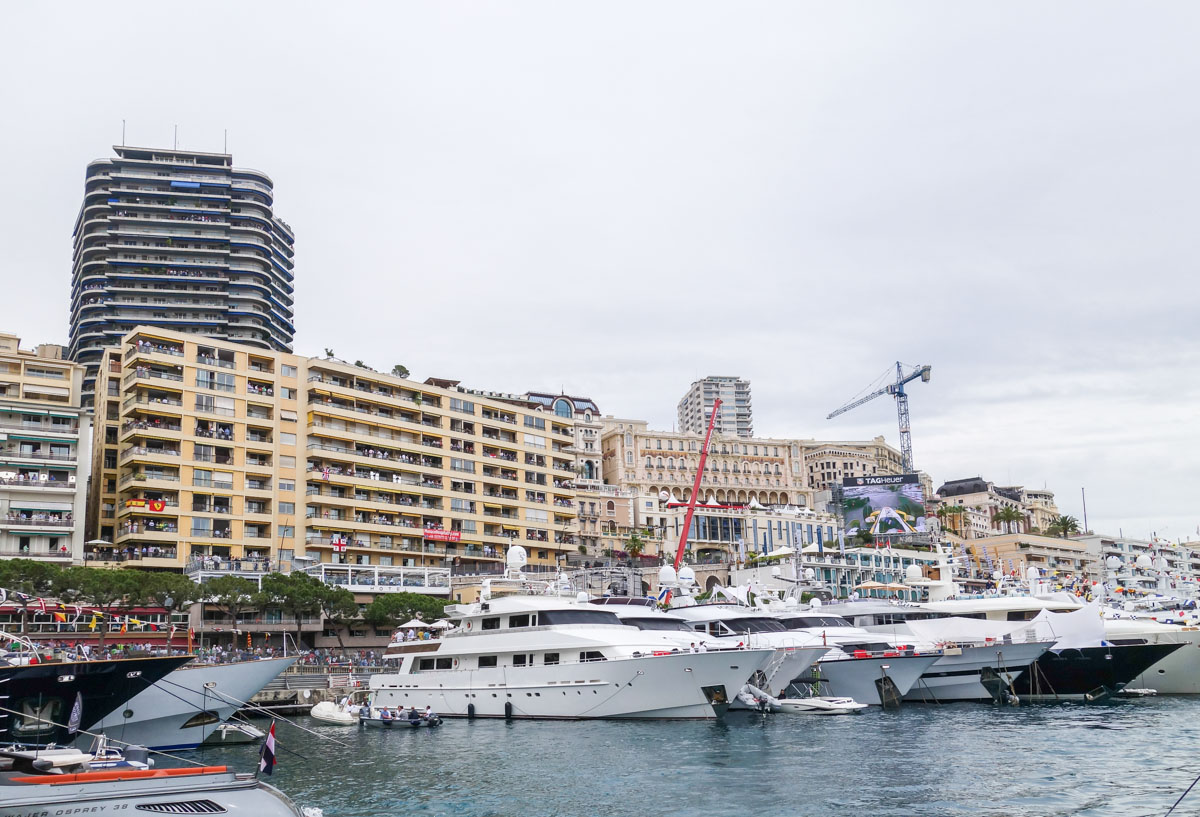 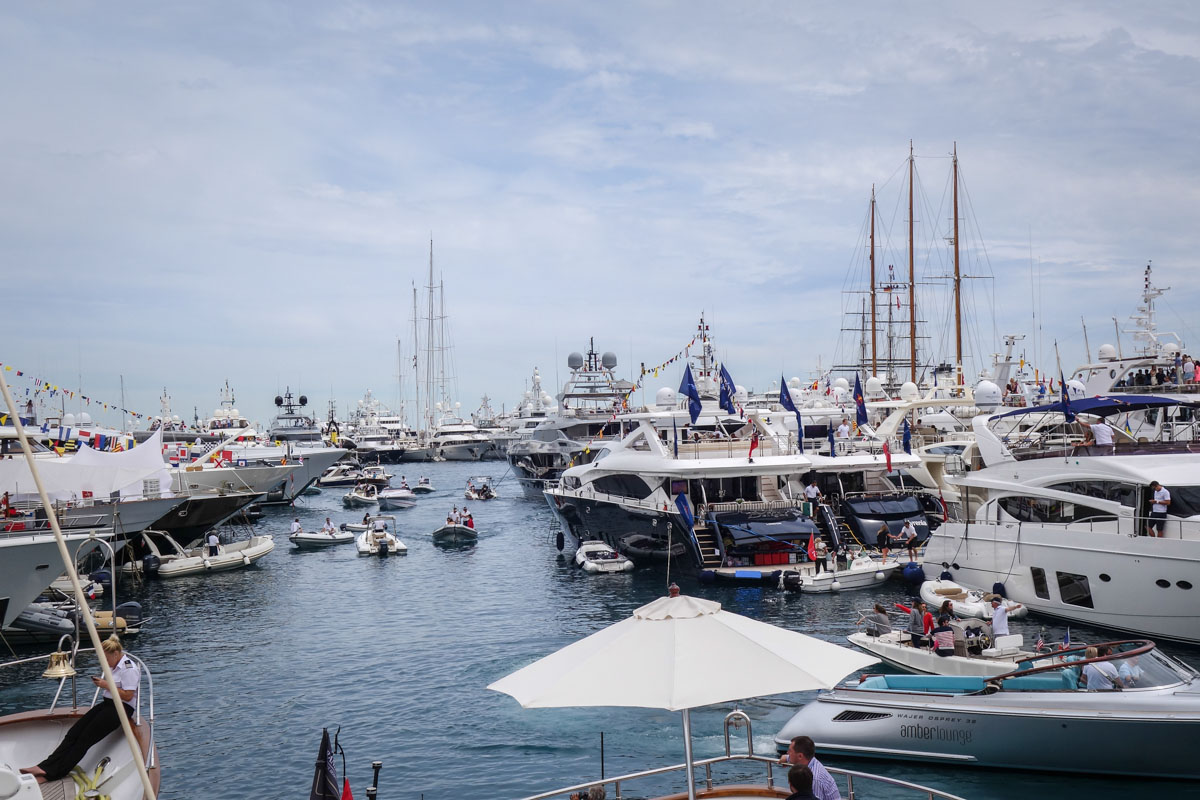 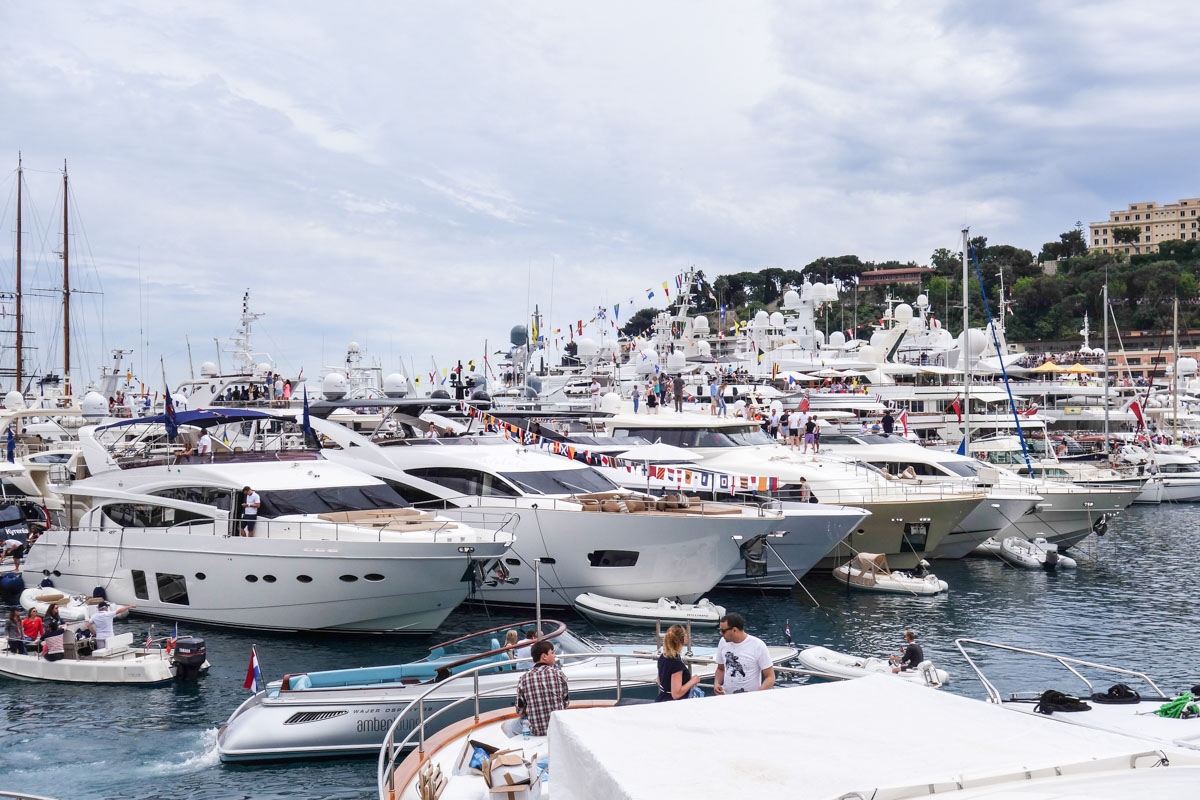 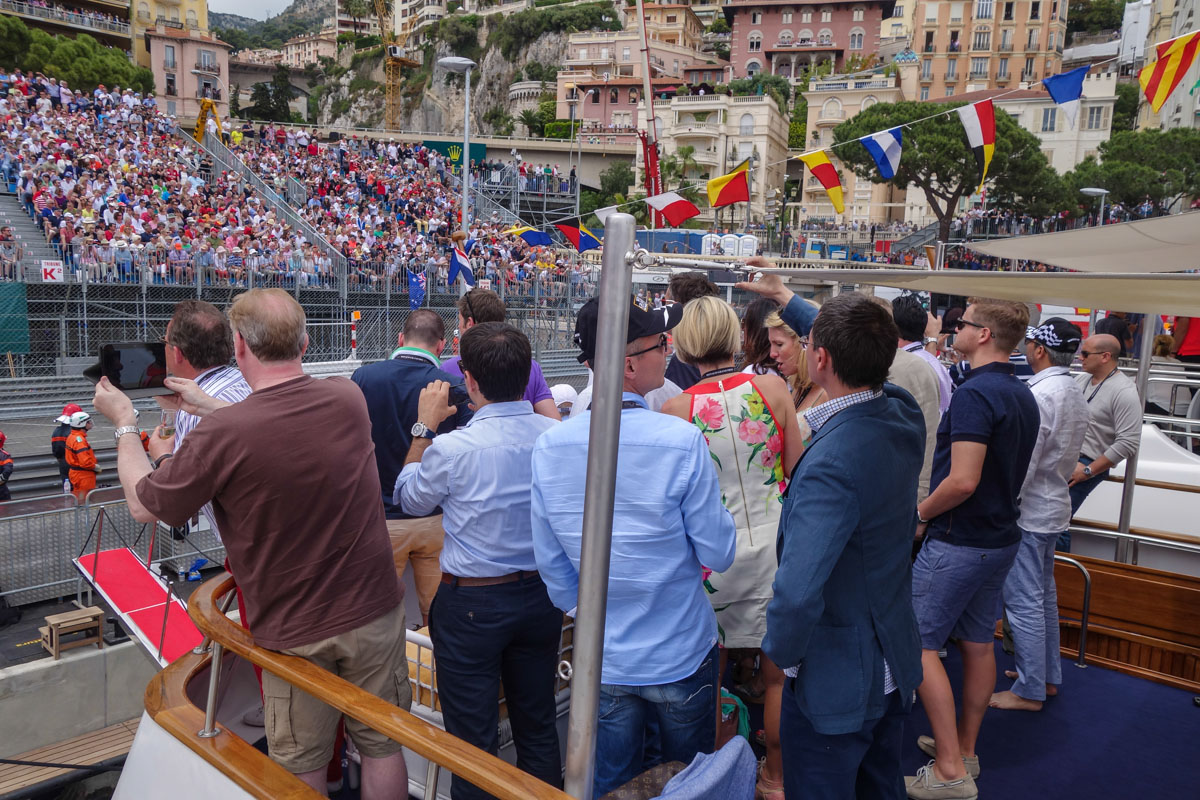 F-1 from a yacht. How glamorous? 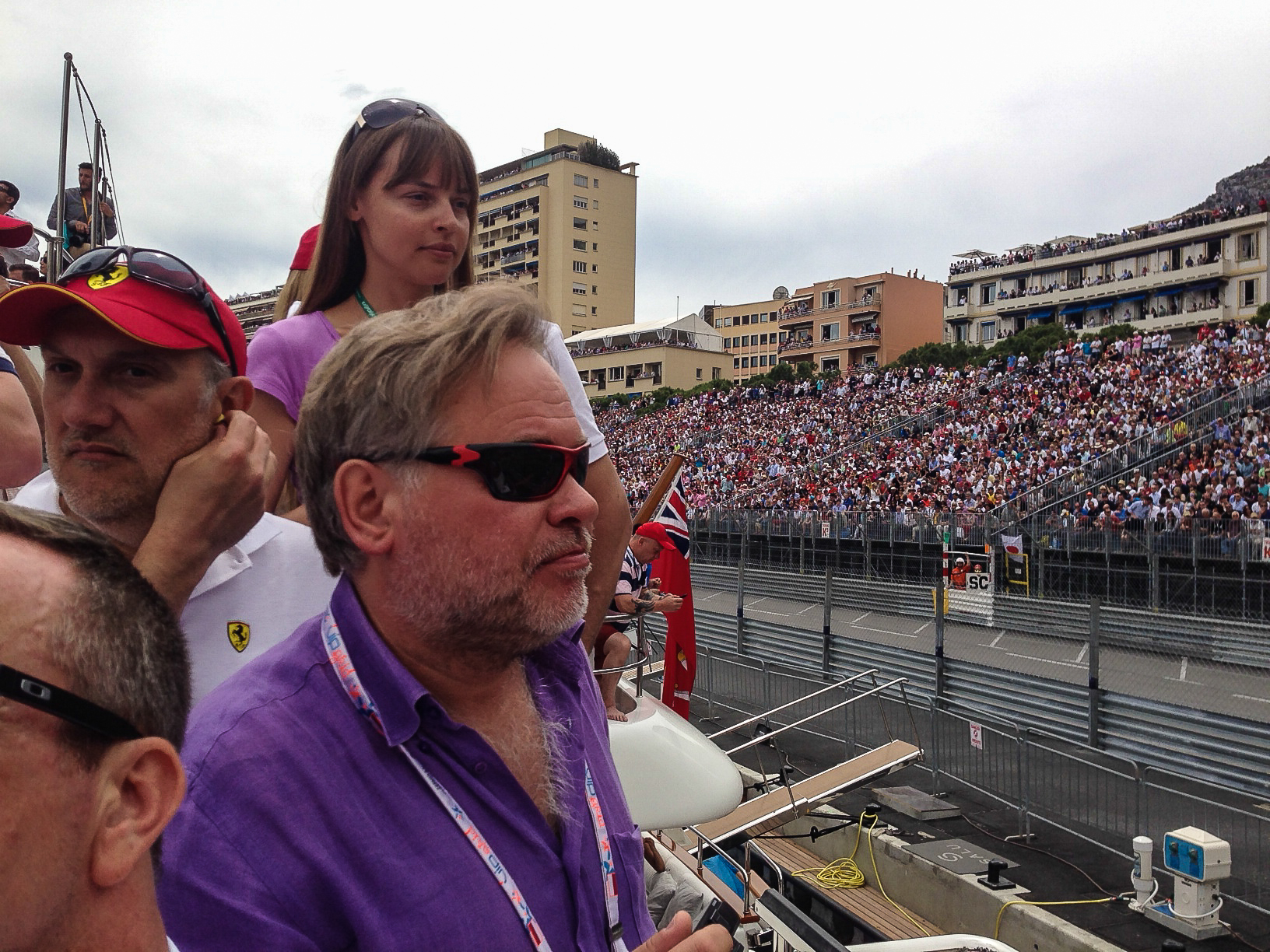 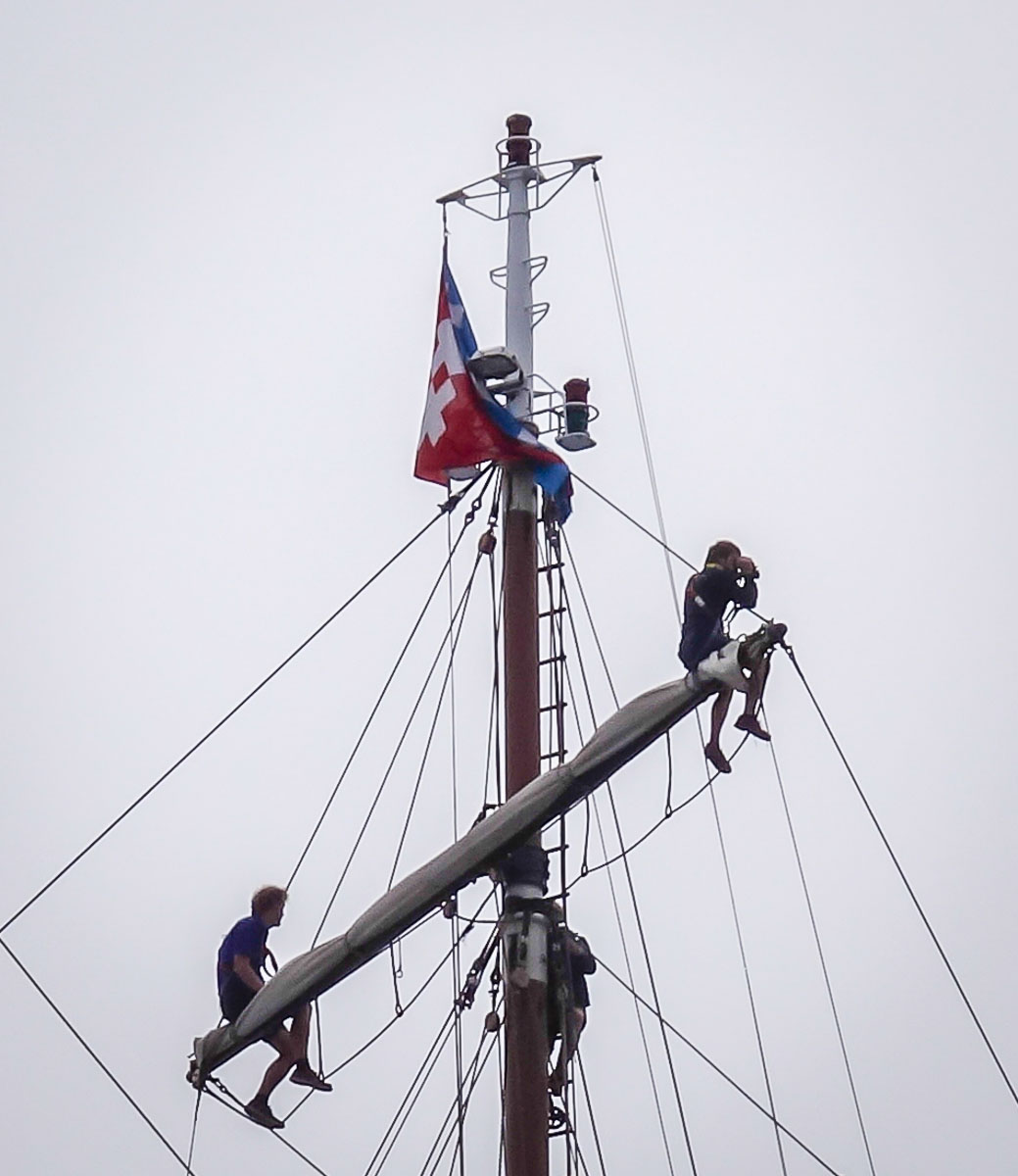 Cheeky! I bet those ‘seats’ weren’t so expensive, and oh the views! 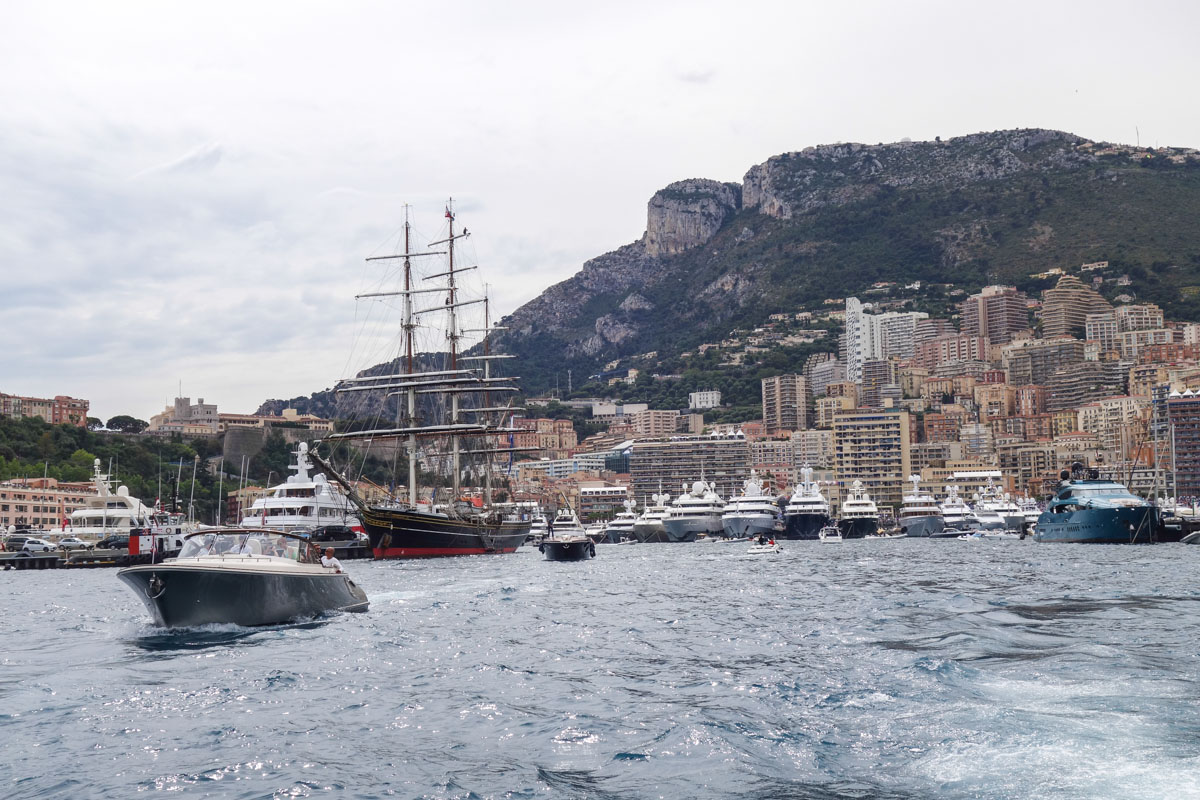 Au revoir Monaco. Back to Mosaco…