How time flies. Though we sponsor Ferrari’s F1 team, I haven’t made it to a single Grand Prix race this year – and it’s November already! 2013? Where did that go?…

Anyway, better late than never – here we are, at the 17th 2013 Grand Prix in Abu Dhabi, capital of the United Arab Emirates.

Sooo, Abu Dhabi… what can I say? One word – a surname – sums it up best: Vettel. This man is just…irrepressible. An exceptionally skillful driver. A skillfully exceptional car. They must add Red Bull to the gas or something… But no – the real secret weapon car-wise is this unassuming fella. Jeeez, what a fearsome combo… these two on energy drinks. So fearsome of late that the red meat isn’t letting anyone else have a look in. Black horses in yellow fields included.

Alonso for the umpteenth time already started from somewhere in the middle, but then incredibly forced his way through to up near the front. This time he was fifth to pass the checkered flag. His leaving the second pitstop – have a watch on YouTube; clearly more than a little vexed was he… 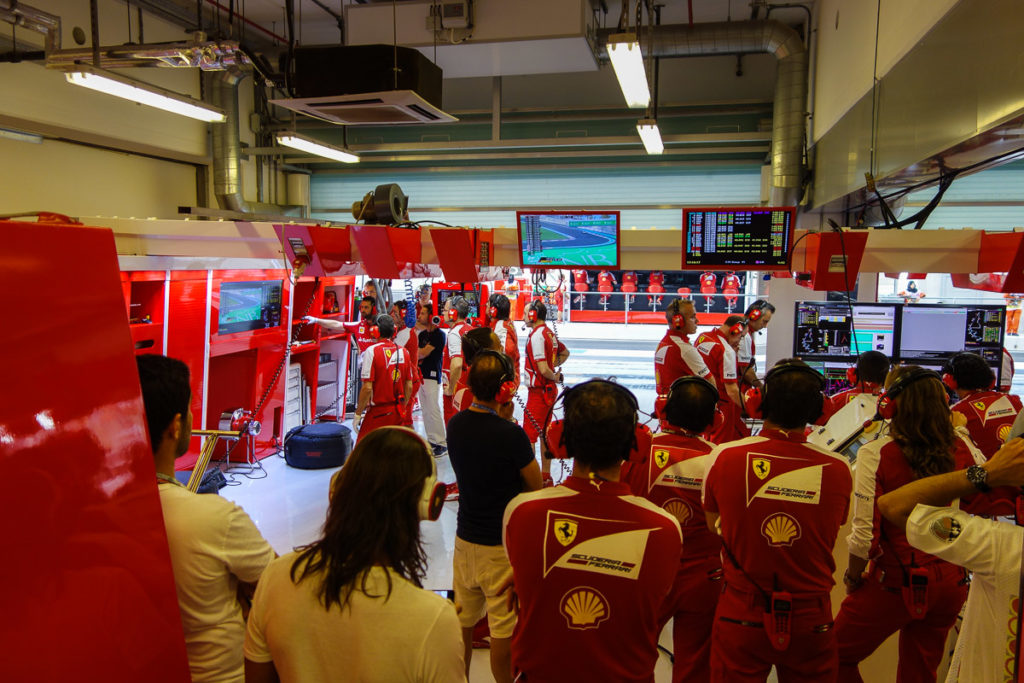 Qualifying – the view from the garage 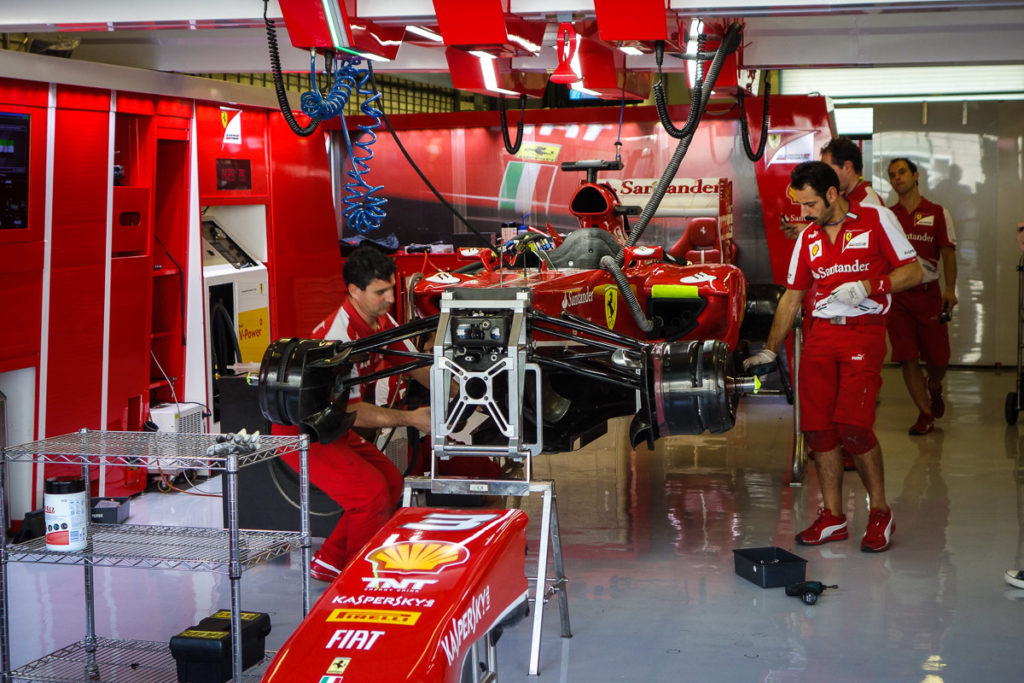 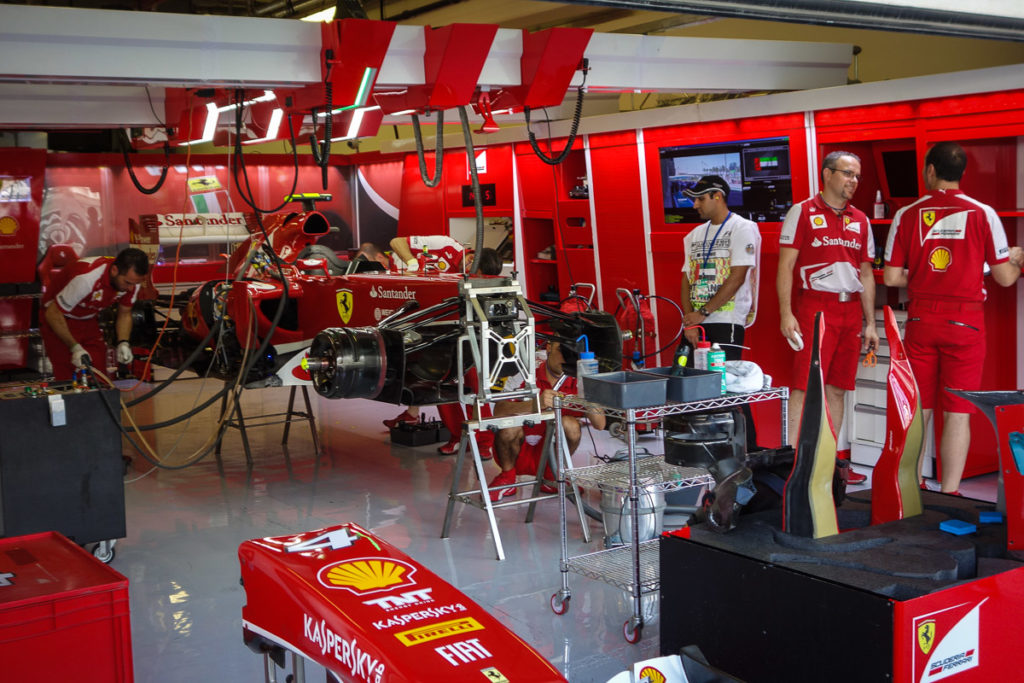 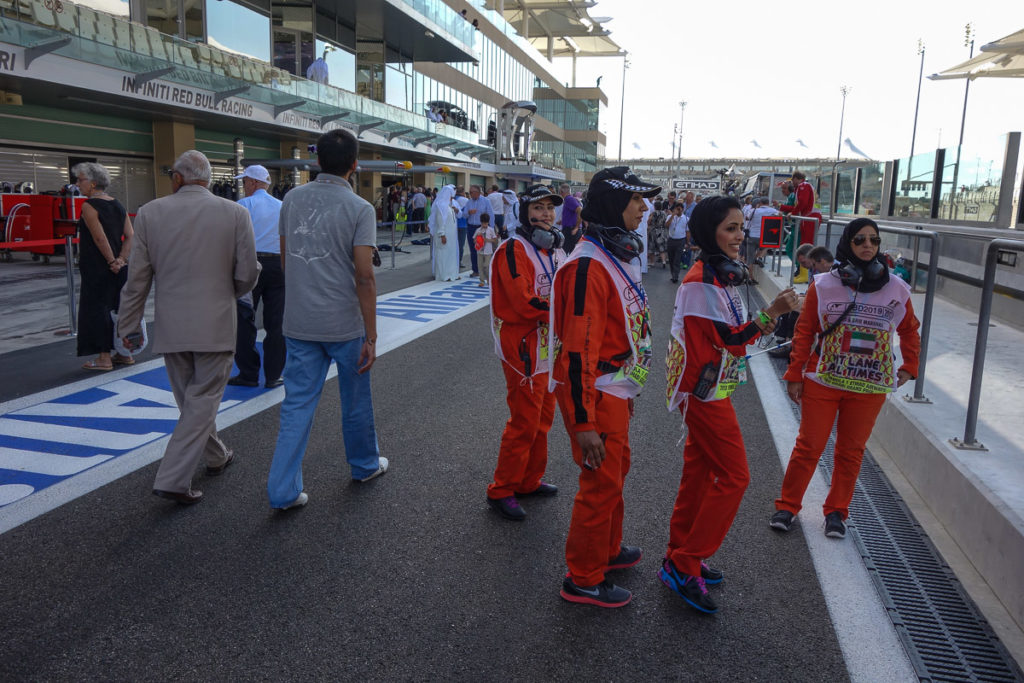 Ladies – red is the color, not orange! 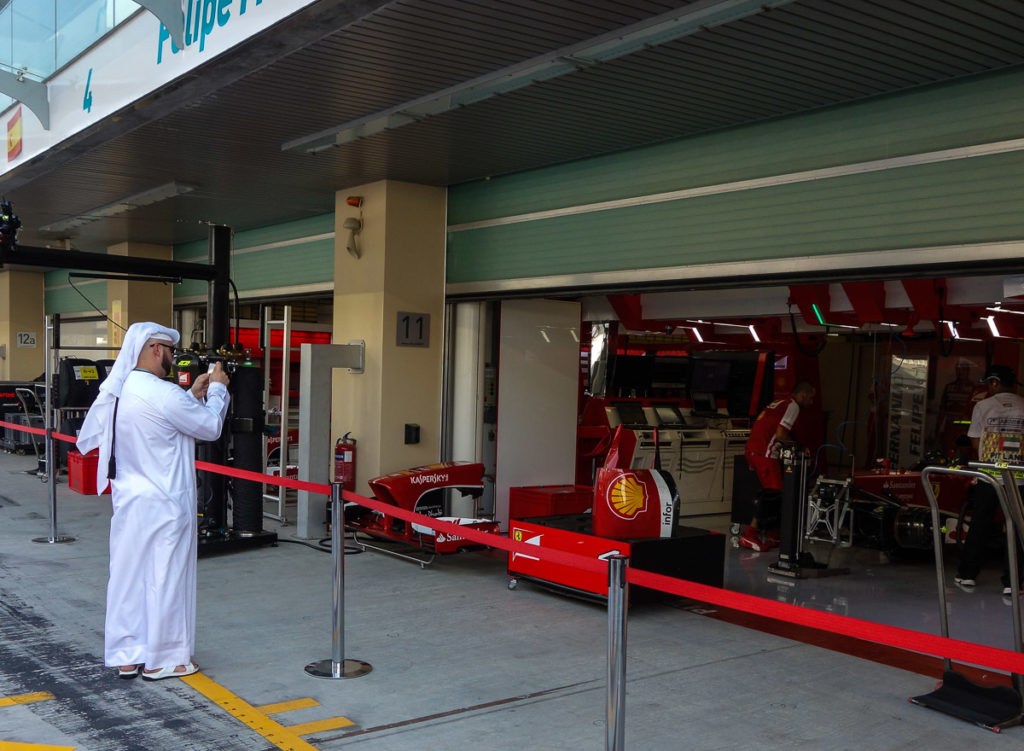 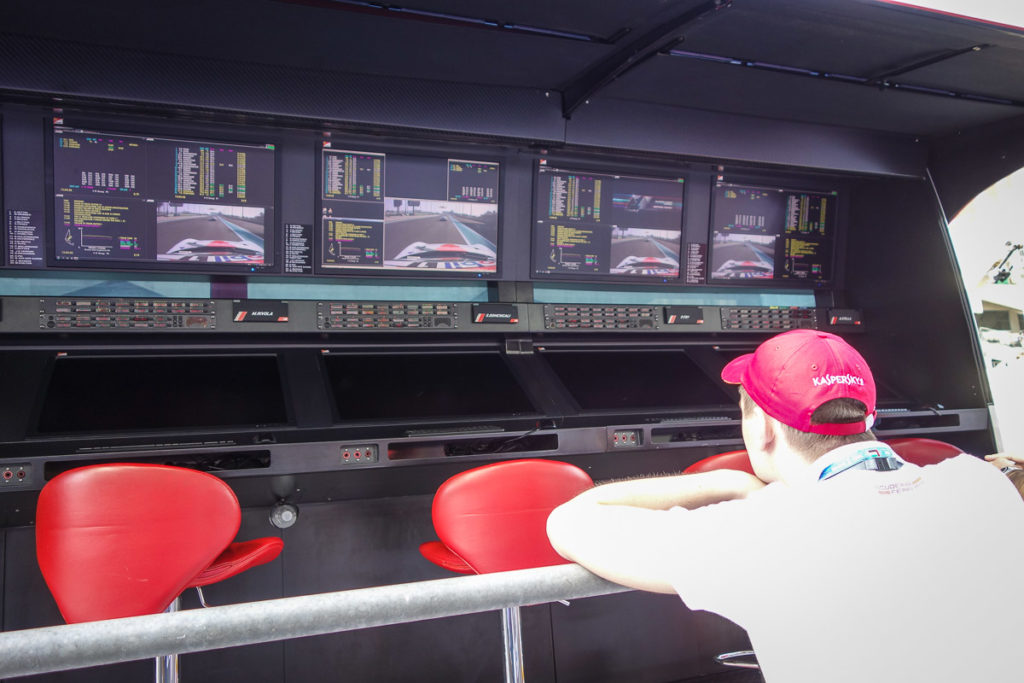 KL merchandising dept. – get a grip. Red, I say, RED 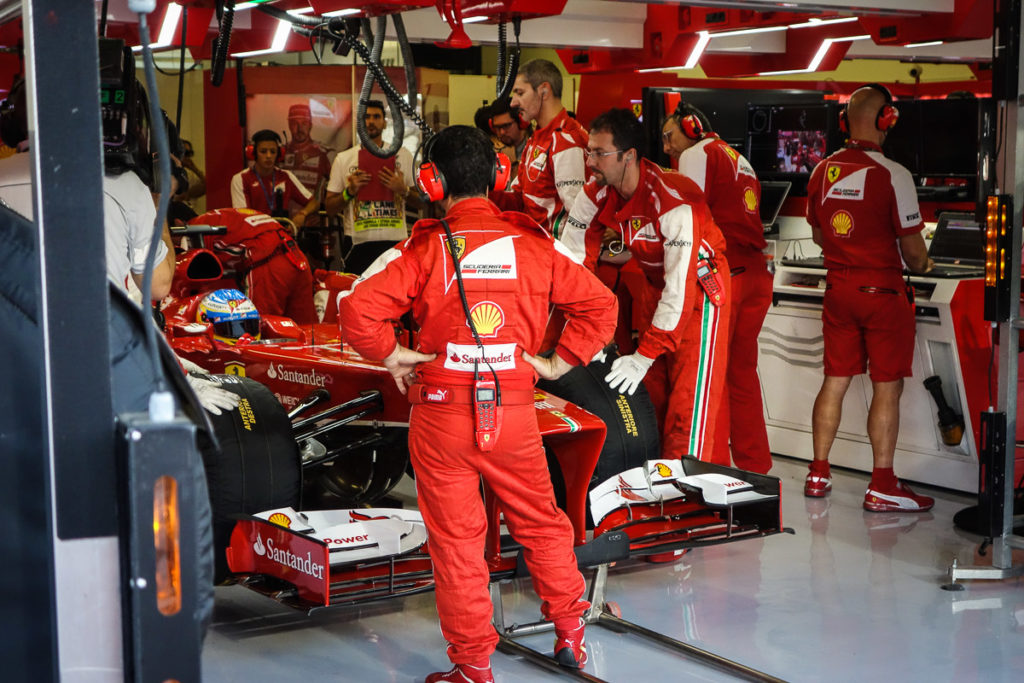 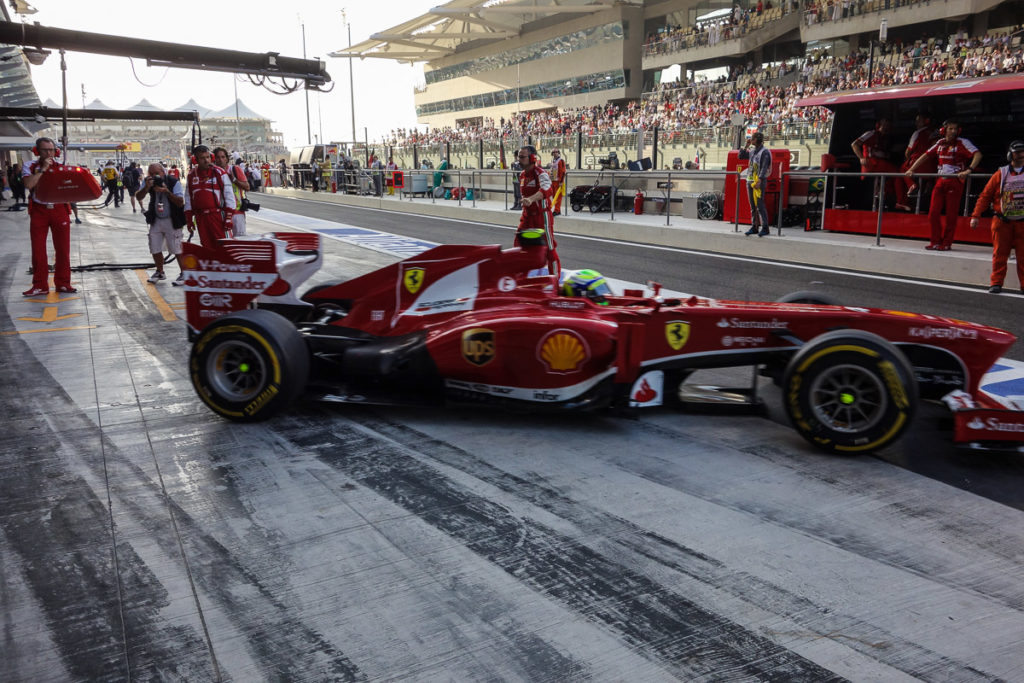 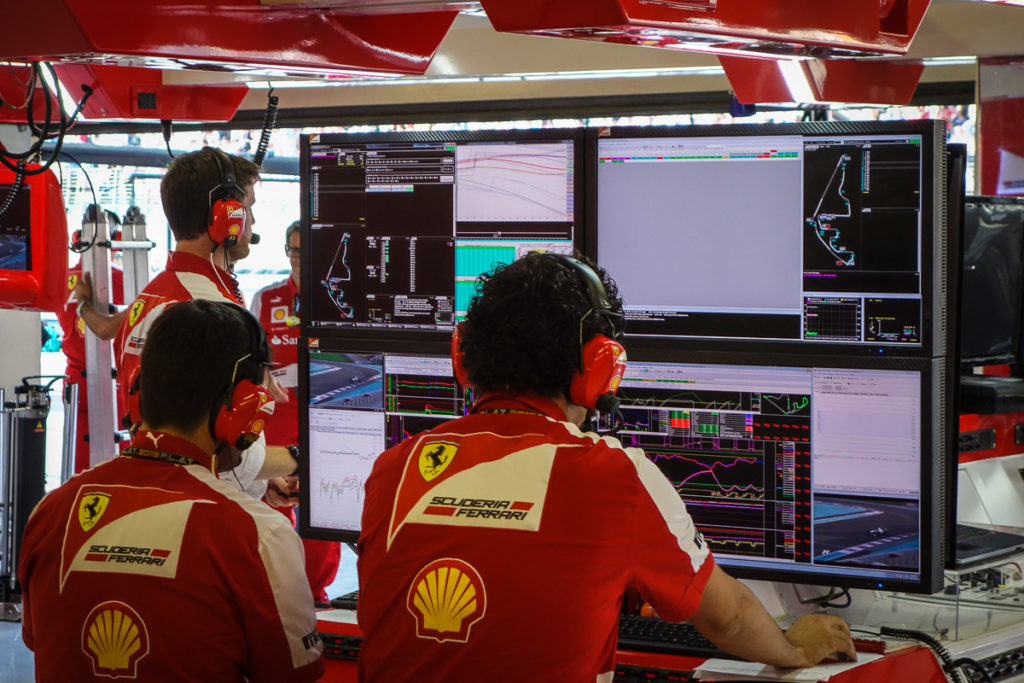 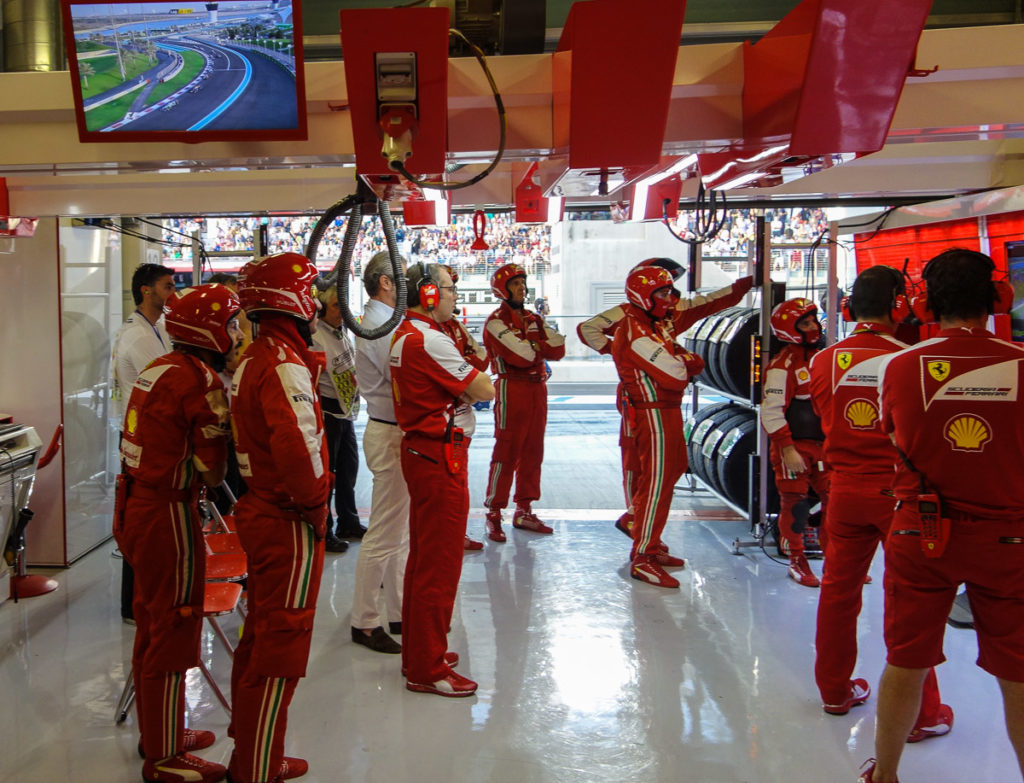 Even the TV’s red

Some were watching from the stands, some from their yachts. Us – from the balcony of a hotel! Beats yachts hands down! 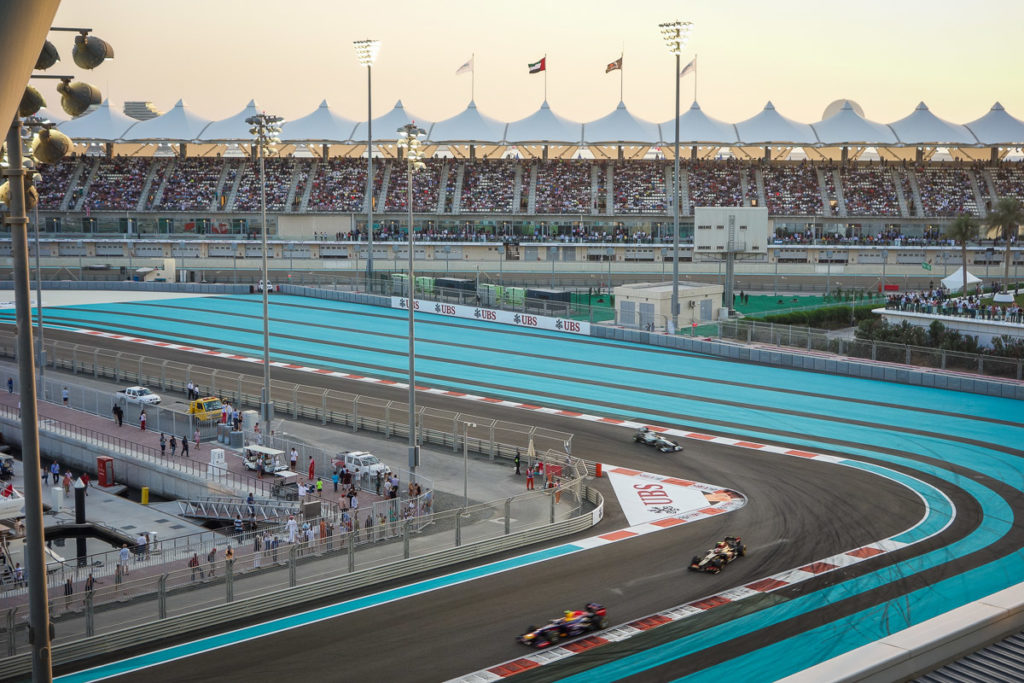 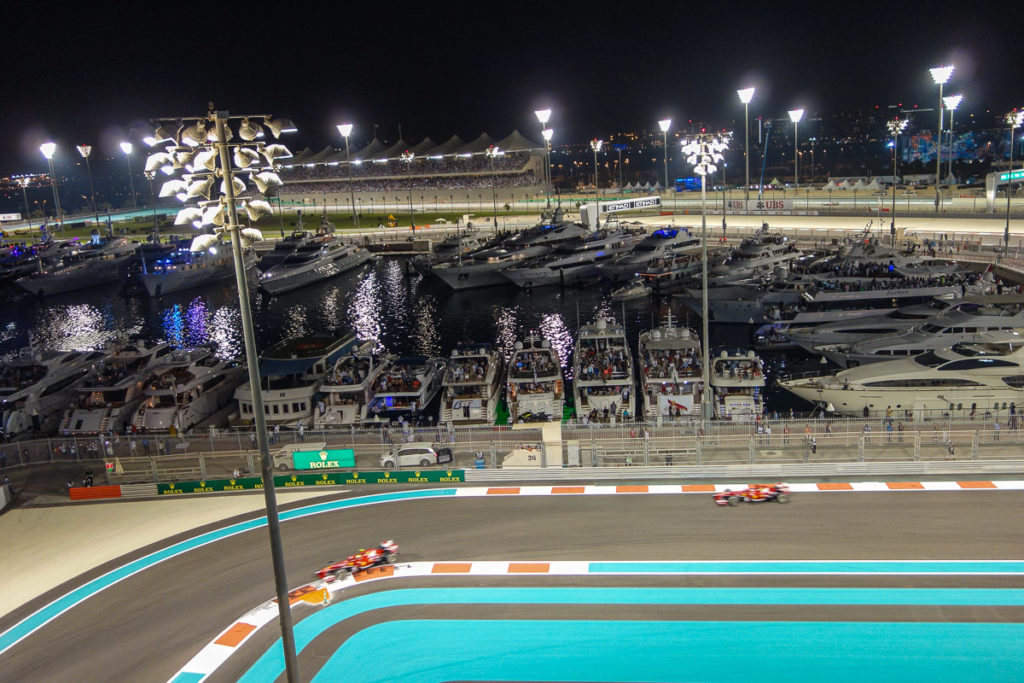 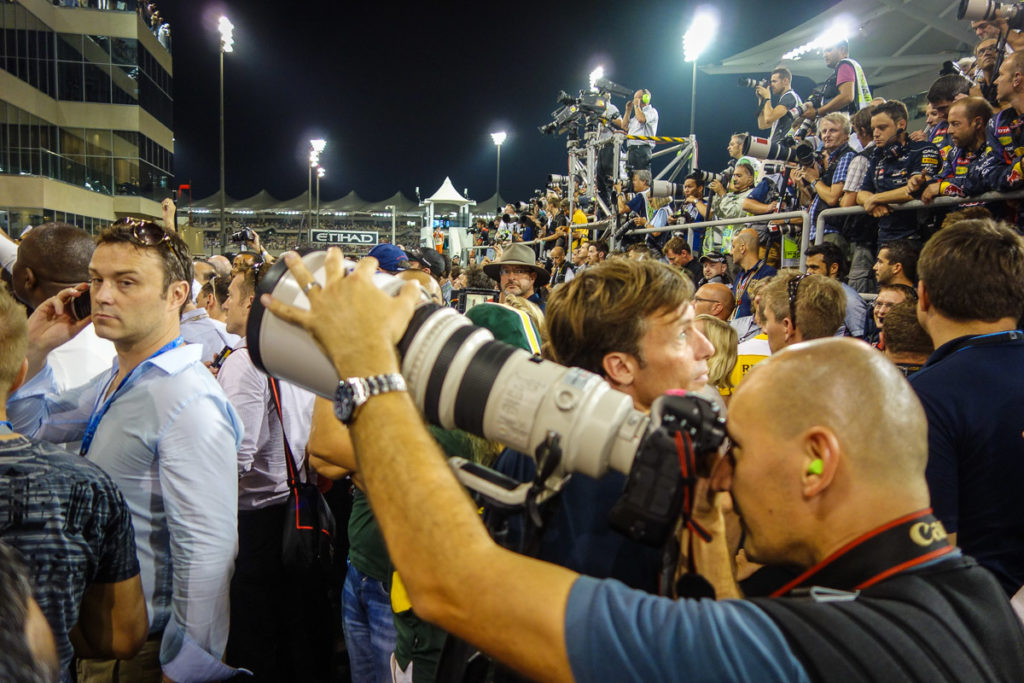 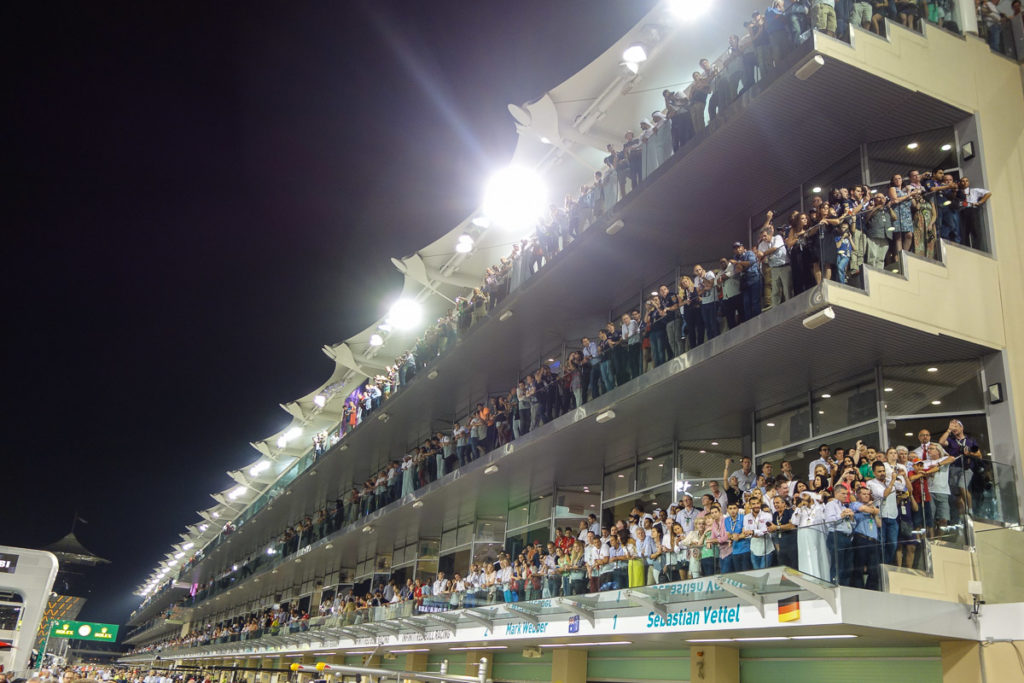 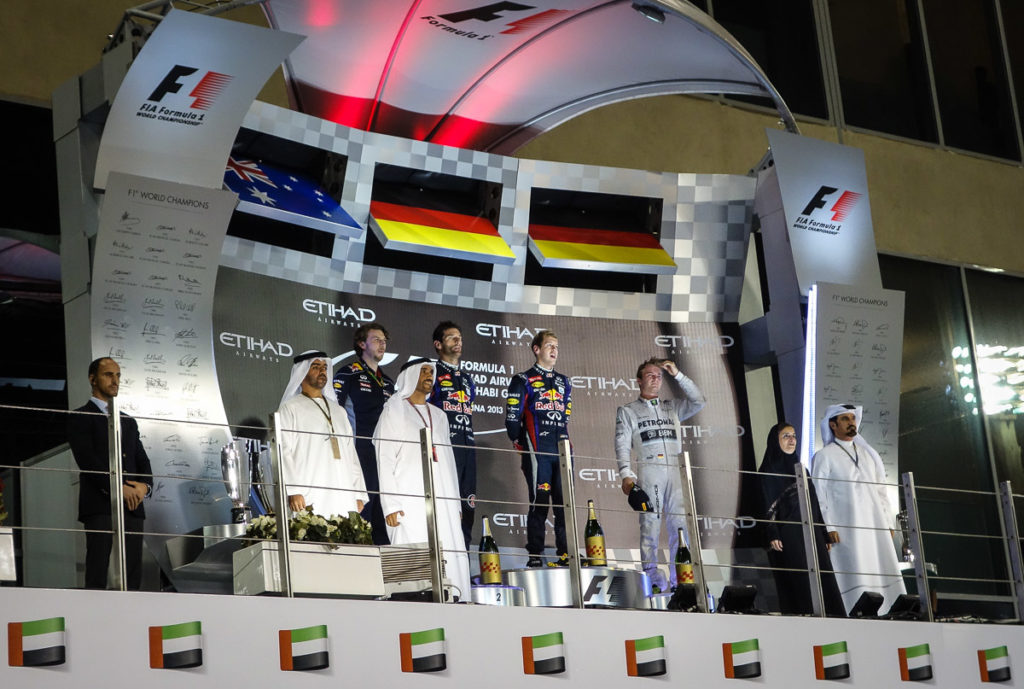 Sadly no red up there – this time 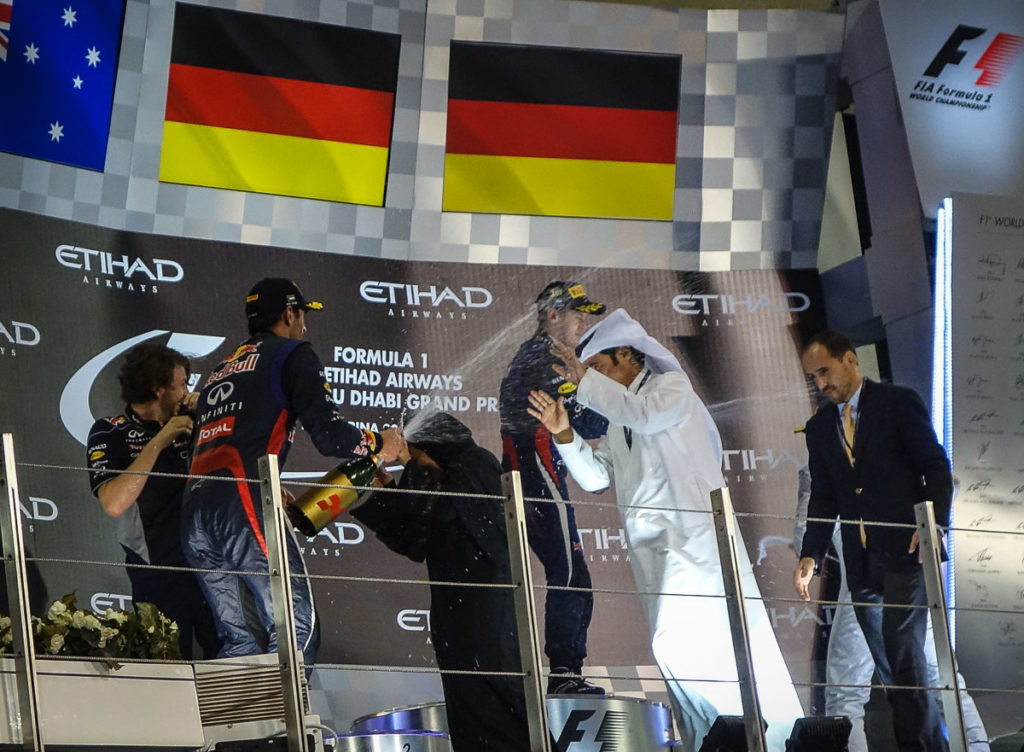 I hear that later on in the evening at the same racetrack-stadium-complex Depeche Mode were playing. I’m not really a fan but some of the posse were really not OK missing the performance – because they just can’t get enough of them.

That’s your lot for today folks! Next stop – Canberra!