In London it was dry and sunny, but not far away in Central Europe they were completely washed out with heavy and persistent rain. And that included Bavaria: gray skies and seemingly endless intermittent precipitation – nothing like what you’d normally expect in June.

We were in Germany – just outside Munich – attending the annual 24 Hours Conference VIP-shindig organized by Deutsche Telekom – in a rather fine ancient chateau. This is a get-together where a very heterogeneous selection of delegates from lots of different countries representing lots of different industries discuss the most burning issues of the day and share their dreams for a better future for all. Like :). 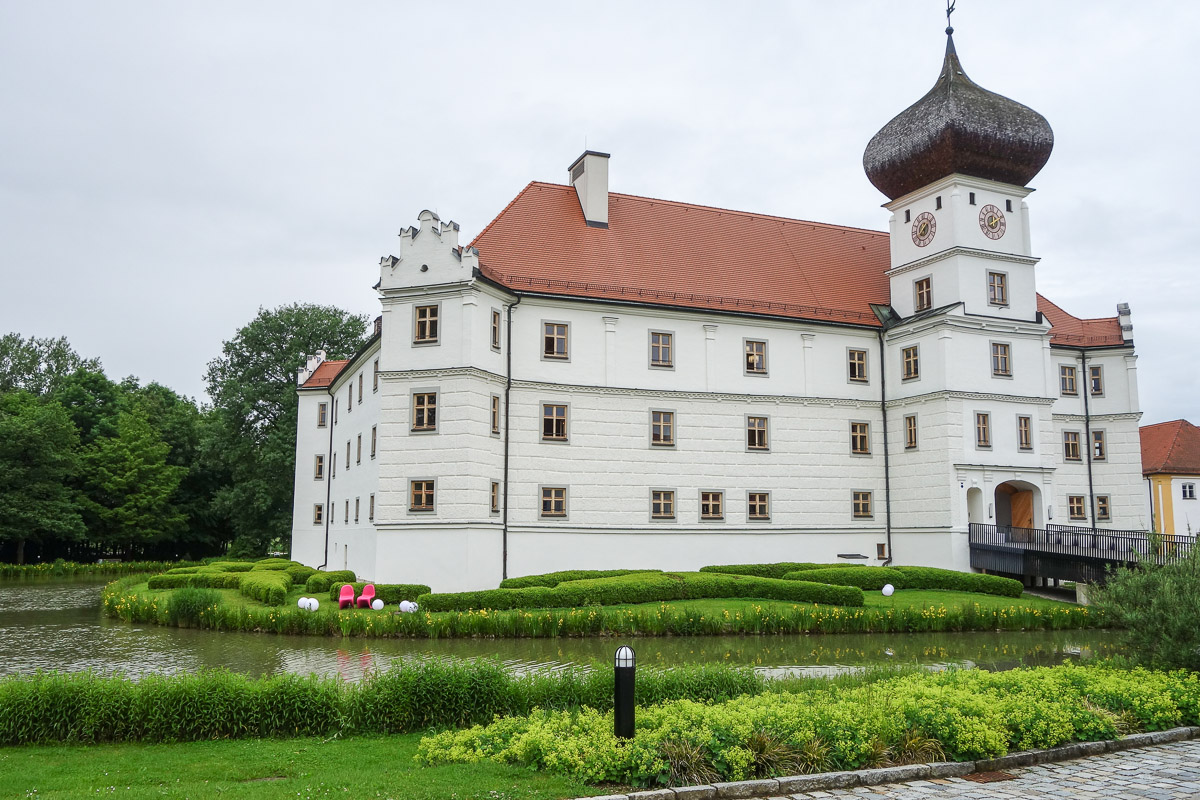 Of course, they had me in the room with ‘Security’ written on its large oak door. But while looking for this room we passed quite a few others with interesting ‘themes’ on their doors. One of the most intriguing ones was ‘3-D Printers’. I was more than just a little curious, so poked my head round the door. And lo and behold, there one stood – a 3-D printer – in the flesh!

Basically it’s a cube-shaped frame inside which a secured hose moves about emitting a thin stream of liquid plastic, which slowly builds up… whatever it’s programmed to – well, so long as they’re small plastic knick-knacks. You can see some such knick-knacks next to the printer in the photos: 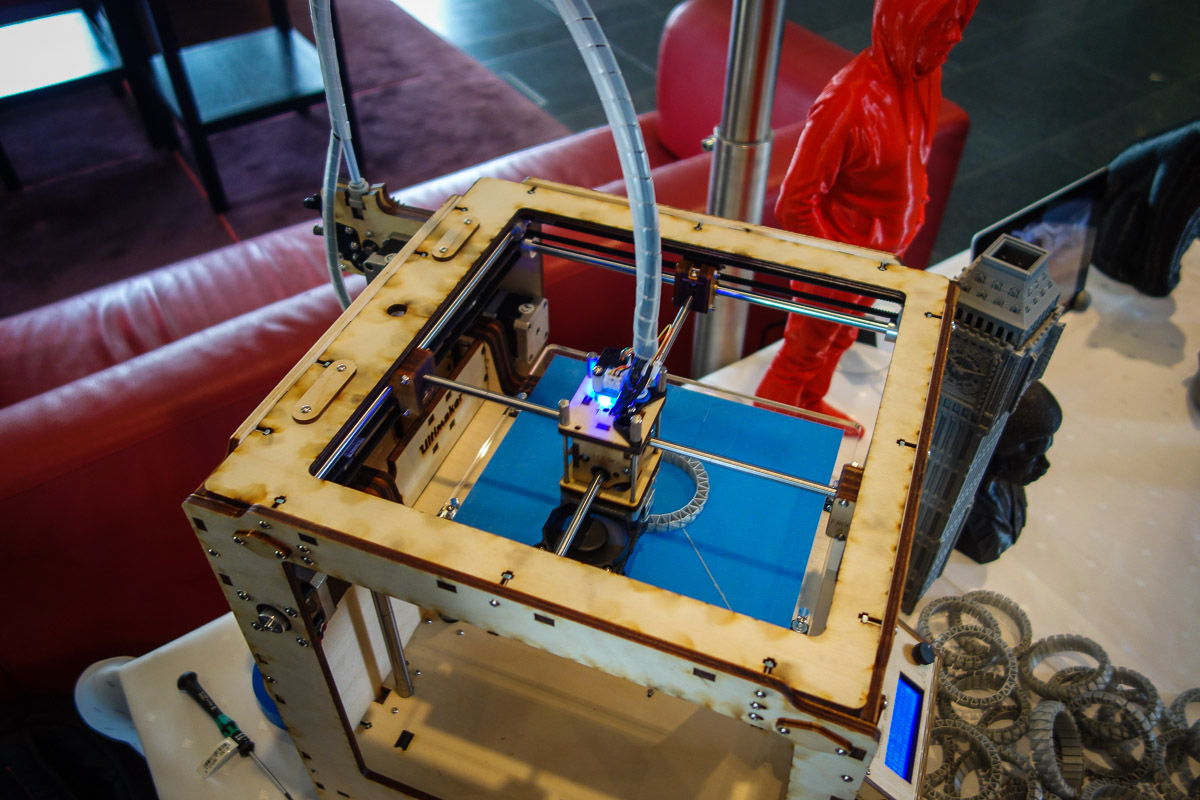 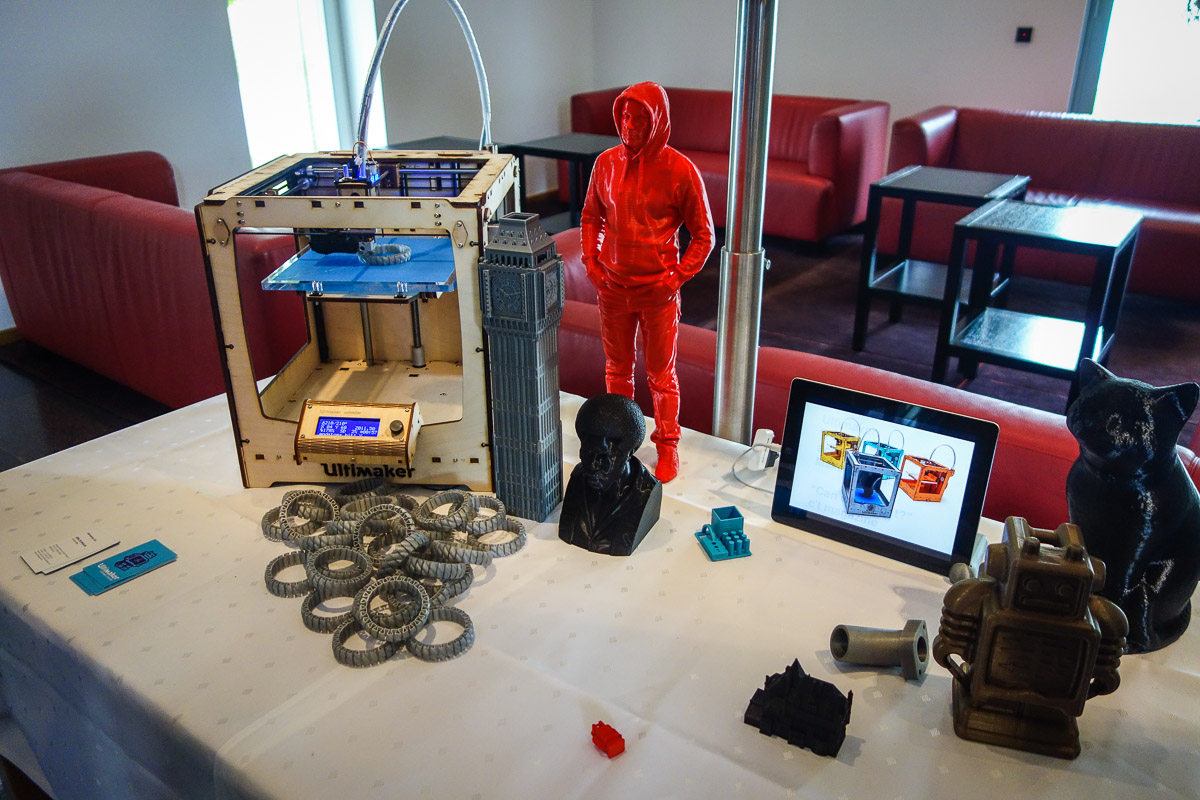 But before you get too excited – let me tell you that it’s real slow, quality is awful, and the usefulness of the articles made is far from clear. Of course, they say it’s only in its early stages just now and it will be developed, improved and fine-tuned in the future. They say it’ll be able to sculpt just about ‘anything at all’ soon too. What this ‘anything at all’ could actually mean was discussed aplenty in this room (though such fantasy-discussion is rife on the Internet already). But I was more interested in something else. I was wondering what industries and businesses would disappear first with the advent of high-quality 3-D printing. Surely it’s only a matter of time? The history books, after all, are full of stories of how new technologies killed old manufacturing and services – to the extent of whole countries’ socio-economic situations being affected by them, even the whole trajectory of modern civilization (in addition to new religions) :). So what will 3-D printers kill off first?

Well, what first springs to my mind are kiddies’ toys, since the 3-D items I saw were all fairly pointless – apart from perhaps as toys. Downloading from the Internet a model, customizing it as one wants, programming the printer, and in a few hours printing your kid’s bespoke toy… yep – that’d work. If I was Lego I’d be seriously worried (and I’d read the history of the Encyclopedia Britannica too).

What else will 3-D printers make extinct?

Confectioner’s shops (3-D food was discussed)? The underground firearms market? We’ll just have to wait and see, I guess…