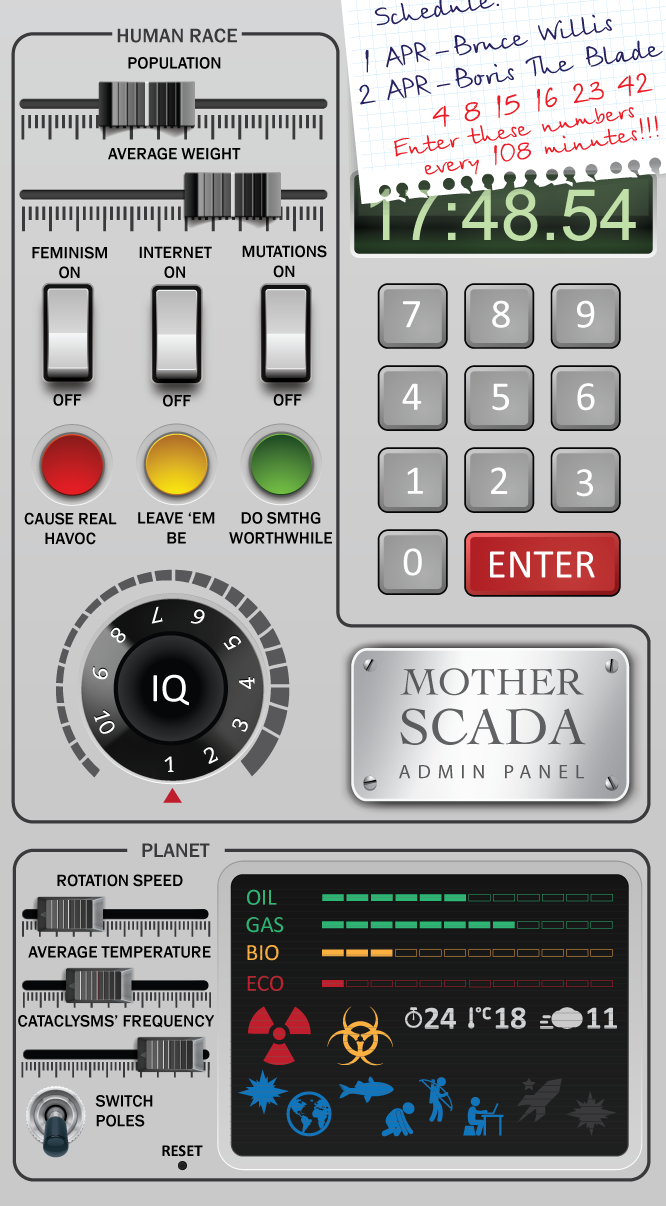 You’ve probably all heard about the progressive work of the American scientists the Wachowskis, which confirms that the terrestrial earth (as it is seen by us humans) is a projected, virtual world of a real world. Technically, this projection is made possible using the industrial complex of the Matrix. And so our uncovering Mother-SCADA – the chief behind-the-scenes enabler of the Matrix – is no less than phenomenal. It represents a lot more than the customary showcasing of our cybermastery, and it’s not the next all-new cyber-frightener we’ve uncovered. No. This, clearly and very loudly represents our taking a giant step leap forward and upward on behalf of both man and mankind to a new paradigm of cybertechnology, changing our very perception of reality as we know it.

Of course, since this morning’s discovery, protecting Matrix SCADA is now the single most important task facing us all today, since control of the “upper level of reality” has the trickle-down effect of ensuring computer security in our projected world. Today, we managed only to plug into Mother-SCADA and conduct preliminary analysis of the system. Critical vulnerabilities so far haven’t been found, but the architecture of the system doesn’t permit a 100% guarantee of its security, even though it’s built on an unknown branch of UNIX. We also attempted analysis of the security of its PLC (programmable logic controllers); however, alas, we weren’t able to determine the manufacturer.

Without question a lot of work lies ahead; investigating Mother-SCADA has only just begun; but there’s also some good news: the data we already have are sufficient for the projection of extra systems of its security. Therefore (drum roll … cymbal crash!), I hereby formally (in a not-so formal blog post) announce today the start of development of a security solution for the omniscient, omnipotent, mother of all SCADAs – Mother-SCADA. I also would like to call on the world’s top experts to come and work with us – to help design and implement the required Mother-SCADA security and the secure operating systems it relies upon. Welcome!