Now, if you’re not too hot on geography, I’m writing this from Washington, D.C., with the D.C. standing for District of Columbia, don’t you know. There’s another Washington – Washington state – on the other side of the American continent, but without the D.C. There’s a Colombia – the South American country; then there’s Columbia University in New York; there’s Columbo – the TV detective fond of beige sack-like raincoats; and to add to the confusion, round the other side of the globe there’s Colombo – the largest city of Sri Lanka (formerly Ceylon), which is where we’re headed today.

Our three days in Washington whizzed past like a film on fast-forward: As per, we were whizzing about all over the place getting to event after event. And I really mean whizzing – just like a (non-D.C.) squirrel in a wheel – unlike the local squirrels here, which royally, haughtily and languidly stroll about parks as if they own them – not the easily-startled beasts I’m used to.

I won’t tell you all about all the events we took part in here – there’s not much point and it’d probably be pretty dull reading! (Note to event organizers/participants – your events were not dull to me :) I’ll just share with you one comment about the Billington Cybersecurity Summit where I got to speak about cyber threats, more info on which you can read here.

I really enjoyed personally meeting a whole lotta highly placed officials at the event and discussing with them in some detail the topic of cybersecurity and fighting computer maliciousness around the world. I was pleasantly surprised by how much these ladies and gentlemen – on whom a lot of US policy and thus security depends – know about the subject, and especially pleased to discover that their positions are very much like mine. Phew.

Work done, come Saturday we were able to get a bit of sightseeing in. We even managed to visit a couple of museums. The National Museum of Natural History we didn’t think too much of – all those dug-up mastodons and dinosaur bones look kind of unconvincing. While the Air and Space Museum… oh yes – that was more like it. All sorts of interesting stuff to see there, from the Wright brothers’ first airplane to the very latest drone. There are Messerschmitts, an SS-20, a Pershing, copies of Skylab and Apollo-Soyuz, and so on and so on. I decided against taking photos – there are plenty on the Internet. But it’s best to see it all in the flesh, of course. 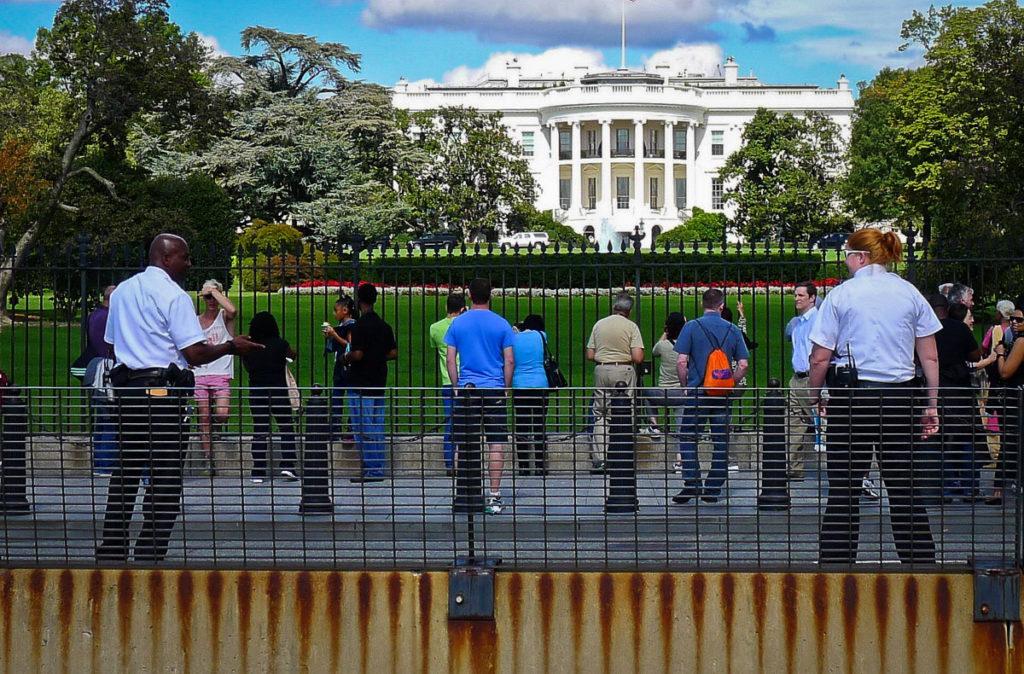 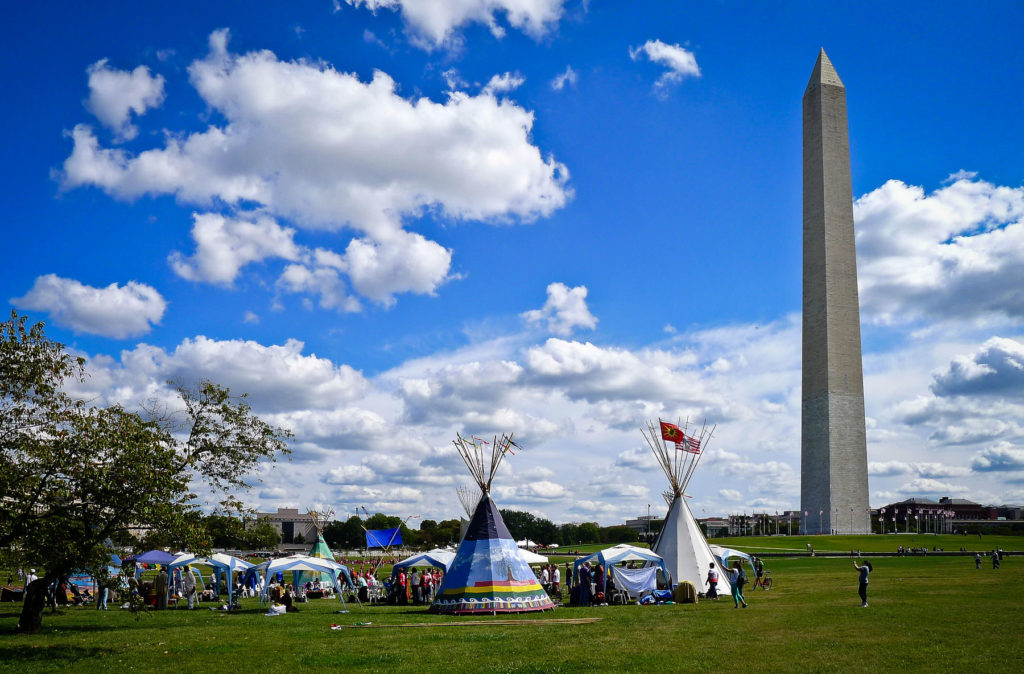 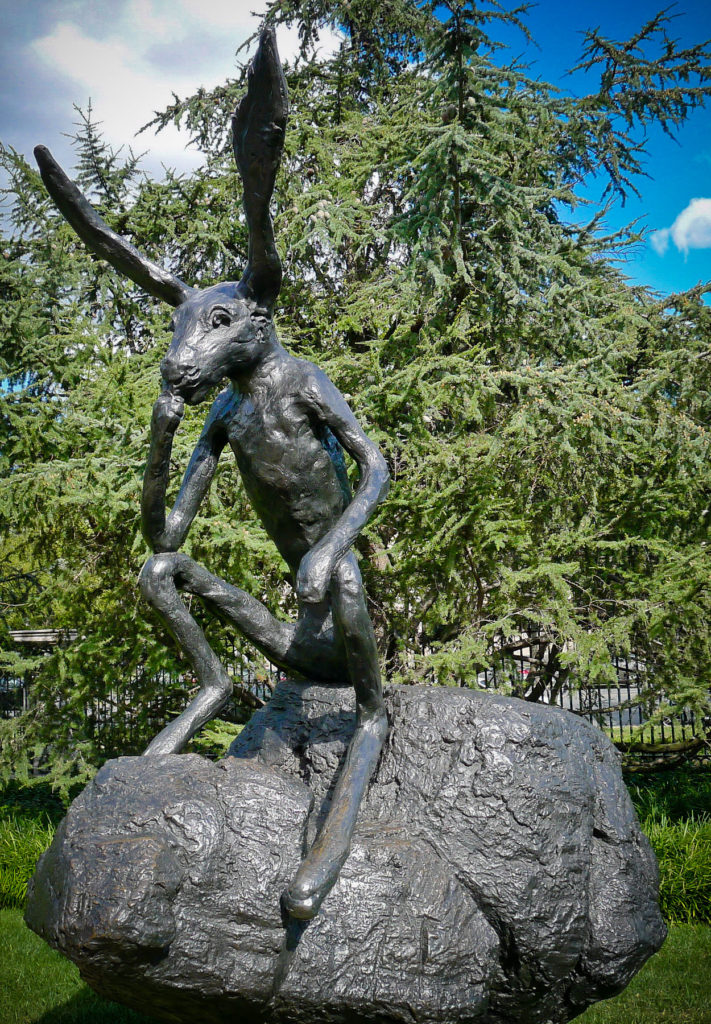 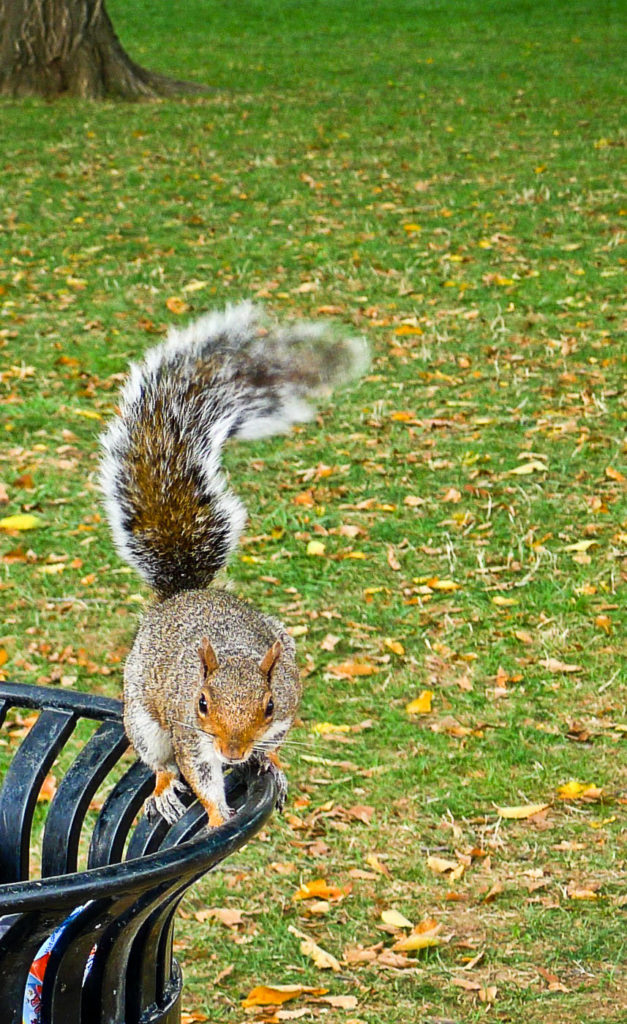 That’s all about the States for the time being. I hope my next trip will be a bit more interesting and I’ll be able to write more!

Now its time to pack the case, check-in, and off to Colombo!

We boarded a long-hauler heading east. Some 12 hours later we landed in Doha. I’d heard a lot of good things about Qatar Airways, but this was the first time I’d got round to flying in one of their planes myself. But now I can join the chorus and say it’s a really really nice airline. The Internet told me that it was the best airline in the world for 2012 (www.worldairlineawards.com). Have a search and a look for yourselves… it’s the crack of dawn here now and it’s time to admire the daybreak surf. Must dash… 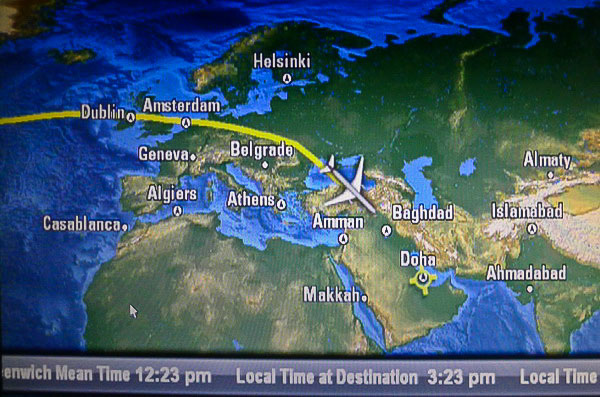 The only minor upset was getting from the plane to the terminal in Doha – it took eons on a bus. And funnily enough neither T.T. nor I could see any of the traditional sleeve/tube/tunnel thingies from the terminal to a nearby Airbus or Boeing – not one! 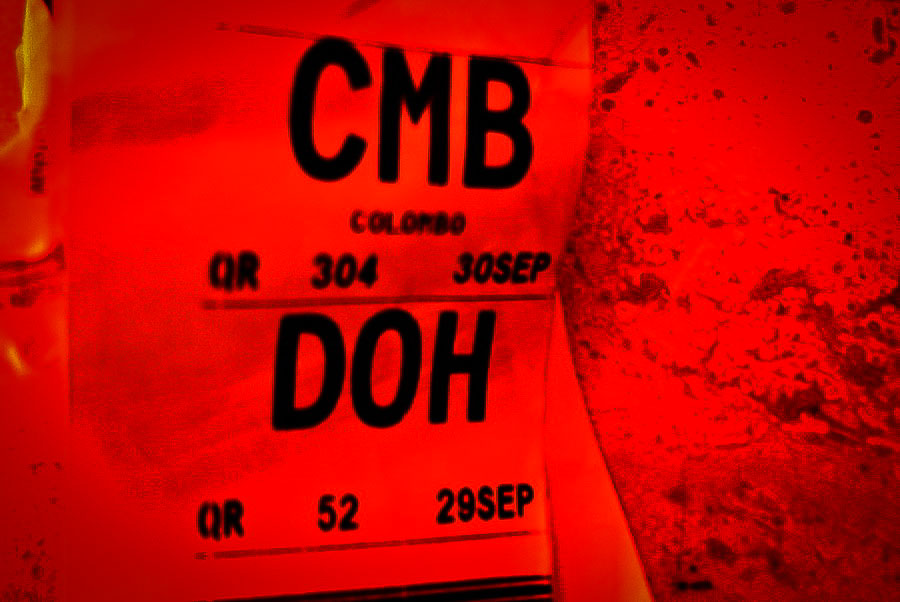 First impressions of Colombo included the hot and humid climate, an astonishing abundance of kiddies awake and active at four in the morning, and also a very unusual duty-free – you could purchase stuff in it after landing! And not just the usual beauty-free and booze; also fridges, flat-screen TVs, washing machines… and yes – I did see a kitchen sink on sale :) 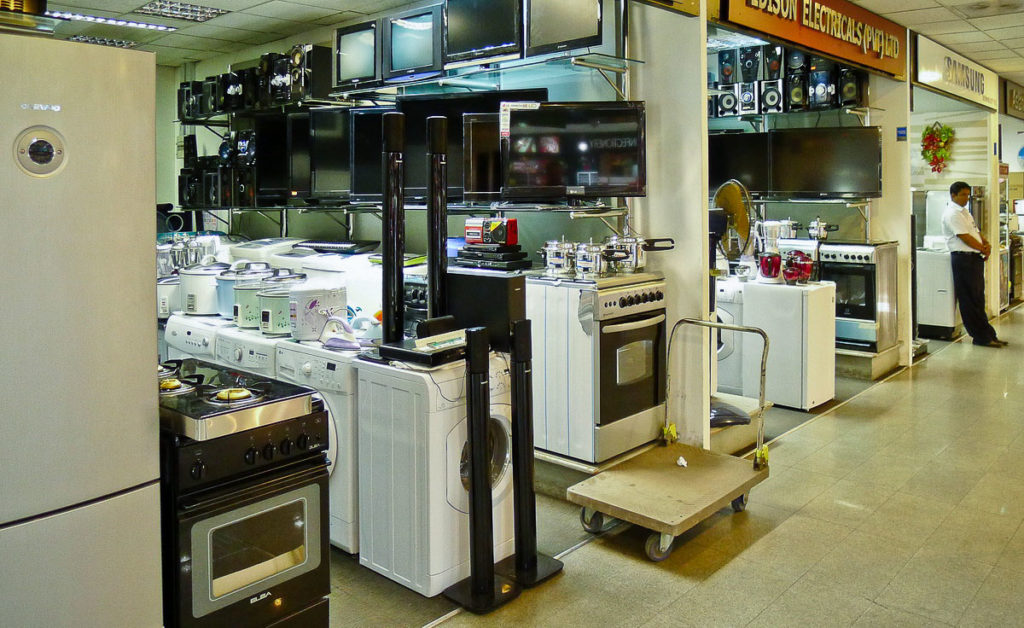 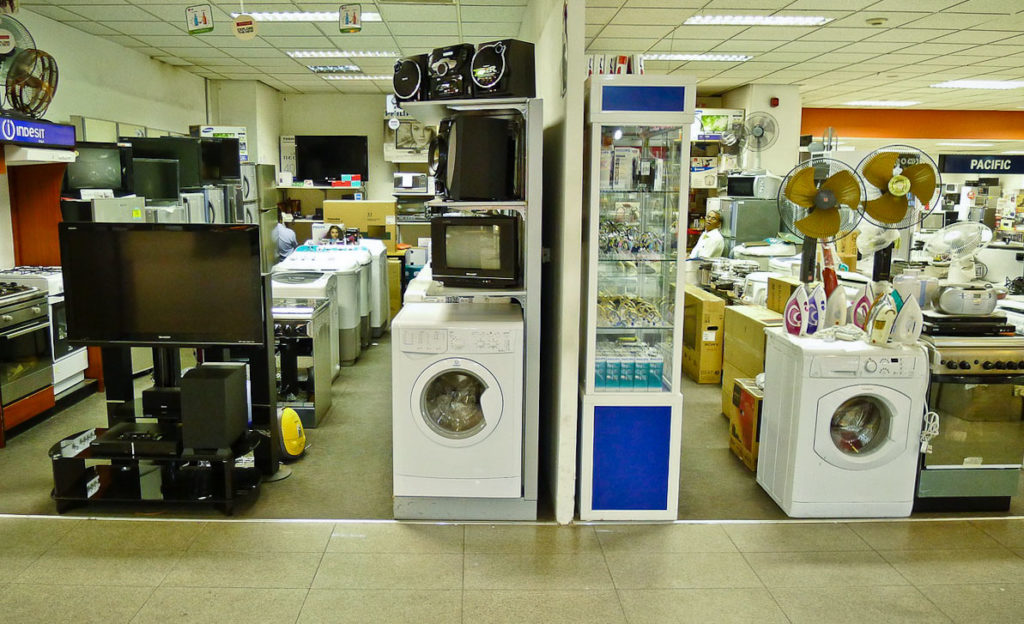 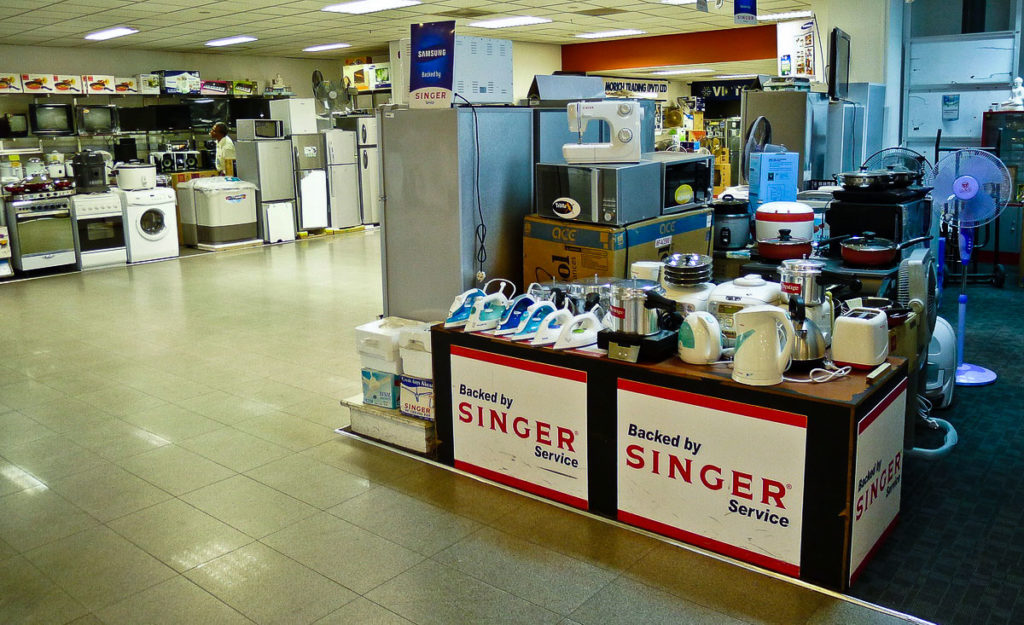 Wakey, wakey, eggs and bakey everyone! It’s time to get up and at ’em at work again! Aren’t you lucky? While for T.T. and me it’s time for a loooong sleep after a veeerrrrry long day. See y’all soon!