It all started with the Cascade virus, which I found on my computer in 1989. Letters started to cascade down the screen, a bit like as in the film The Matrix years later. I analyzed the virus and then developed a disinfection utility for it. Then more and more folks started coming to me for help. Viruses were appearing increasingly frequently, mercilessly causing major havoc with loads of computers. It was clear that they needed protecting and fast.

My first fee for such work was a box of five-inch floppy disks! But fast-forward to the second half of the nineties, and thankfully the fee situation had changed for the better: two mega-contracts were signed, from which we earned rather decent money for those straitened times in Russia. The first contract was for installing antivirus on computers imported into the Soviet Union from Bulgaria by a Kiev cooperative (they’d been suffering real bad with viruses, which were corrupting data on disks). The second contract was for licensing out our antivirus technology for one of the experimental systems of the day.

At that time practically all antivirus… utilities (you couldn’t really call them products then) presented themselves as “healers” with a command line (like “DOCTOR/cure C:”), or a “resident guard”, which was the forerunner of modern HIPS and behavior blockers. Our competitive advantage back then came from having a proper user interface (in MS-DOS text regime) with mouse support (!). The program also included resident guard and analysis utilities for the system memory for uncovering new unknown MS-DOS-resident viruses.

By 1990, our “-V” by ‘Doctor’ E. Kasperski had discovered 34 viruses: back then new viruses appeared no more often than once every week or so. Compared to today, when to our antivirus database we add around 125 000 new samples every day, these times could well be described as halcyon!

In 1991 I started working at the KAMI Information Technologies Center. Alexey “the Count” de-Monderik started working there too, who to this day is still a brother in arms with me at KL. We’d known each other for years already – we attended extracurricular classes in advanced math and physics in a special program organized by the Moscow Institute of Physics and Technology. I am always reminded of those happy days by a photo from our graduation day, which I guard carefully. 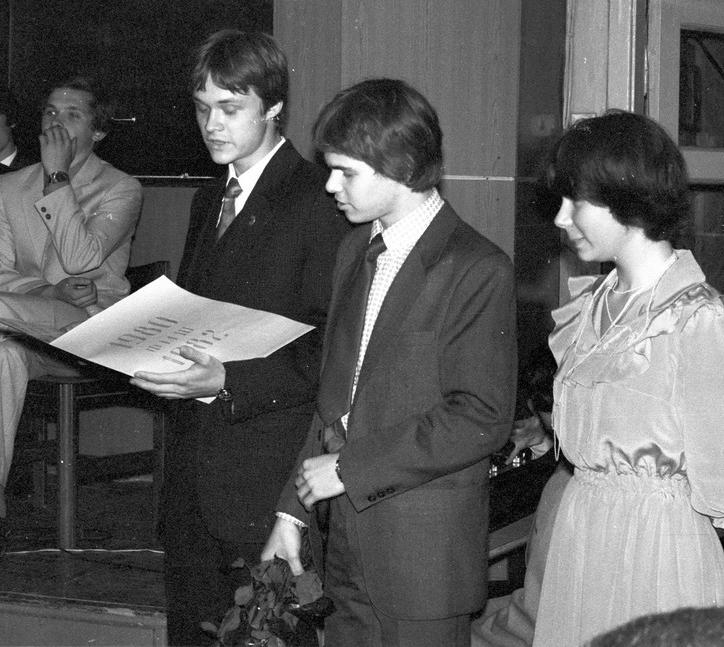 While at KAMI, the Count, Vadim Bogdanov (another bro in arms for a long time afterward) and I developed an antivirus program that we called Antiviral Toolkit Pro (AVP). This product became the prototype for KL’s key antivirus product today. In the early nineties, AVP 1.0 was really innovative. 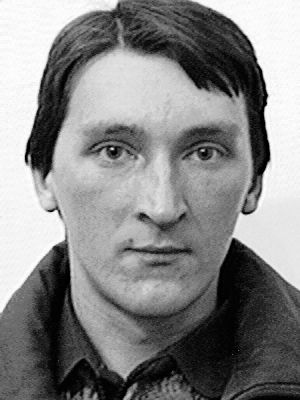 Innovations these days are quickly patented. Eleven years ago though we didn’t think to officially patent our technologies – we had neither the resources, nor any experience in submitting patent applications. Therefore our first creations were patented by different US companies.

Come 1995-96, new technologies were appearing thick and fast: several versions of AVP 1, and several of AVP 2. Besides these products – for the operating system of that time (MS-DOS) – we also released a product that provided protection for Novell servers – AVP for Novell 1.0.

With the name AVP there’s a funny tale to tell: a typo became a brand! Antiviral Toolkit Pro should of course be ATP. But when we sent the files to the Virus Test Center of the University of Hamburg, by mistake I zipped the files with the name avp.zip (instead of atp.zip). But by the time I’d noticed, the product had already become pretty well known and been evaluated by all sorts of foreign experts, so renaming it was out of the question. We managed however to wriggle out of this somewhat embarrassing predicament by making “Antiviral” in the next version “AntiViral” (AntiViral Pro). Just as well, since the brand was used for several years. Incidentally, a history of the various product boxes down the years can be found here.

Around this time Natalya Kaspersky joined us. She got actively involved in developing our partner network and sales. In 1996 we signed an OEM contract with the German company G-Data for the supply of our antivirus engine (the company existed up until 2008!). It was the Germans that came to us, not the other way round, and they became the first of many of our technological partners. 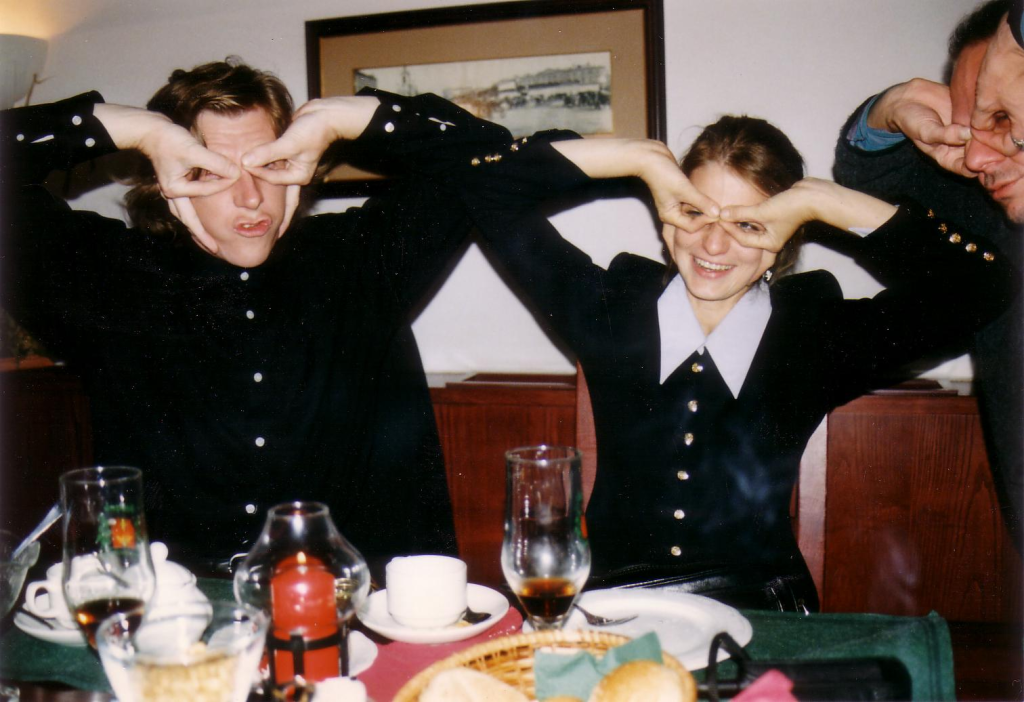 It was at this time when we seriously got down to developing a product for Windows 95 and a multi-platform engine – AVP 3.0. The same year saw a crisis unfold at KAMI. All these factors together led us to the next stage in our development – going it alone…

And so, on June 26, 1997 we registered the company! We really struggled with the choice of name. I was against using my surname, but my colleagues eventually won me over by pointing out that it was already rather well known and we should take advantage of that. Starting over from scratch seemed pointless – and expensive. And talking of money – our finances weren’t all that great early on after setting up the company. When we had just 15 or 20 staff things weren’t easy at all. Earnings were still unstable; so much so that sometimes we had to forgo our salaries.

Gladly, these difficult years soon turned into unbelievably productive ones: In 1998 we released nine products and overhauled the antivirus engine. Corporate contracts were being signed and we were taking on lots more staff and increasing market share. Gradually our slice of the Russian antivirus market pie went from five to almost 50%! And by then we were offering not only antivirus products, but also round-the-clock technical support (for Russia at the time – a unique service). By the way, the current name of one of our leading products – Kaspersky Anti-Virus – was introduced in November 2000. By that time we were protecting not only personal computers but also workstations, file and e-mail servers under Windows, Linux and FreeBSD, and also Novell NetWare networks and firewalls.

Around the beginning of the millennium the company was also growing geographically. In 1999 we opened our first foreign rep office – Kaspersky Labs UK, in Cambridge. This was a very significant milestone in the company’s history. I recall how at a press conference in London we were asked some not so hospitable questions like: “We’ve already plenty of security solutions – so what do you think you can give us?” So I told them all about our unique technologies and innovations, and tried to get the reporters to understand a fundamental truth – that our products were superior. And we did it – we convinced them! Maybe not immediately, but eventually.

The business then developed very quickly – in terms of both complexity and geography: I especially remember 2003, when we opened one regional office after another all around the world – Germany, France, Spain, Italy, Japan and China. By 2009 we had a presence also in Poland, the Netherlands, Sweden, Romania, the USA, South Korea and Australia. In 2010 we became leader in the retail antivirus market in the USA, and also… started sponsoring Ferrari!

Over the whole 15 years the company has been transformed from a small “family” firm into a multinational corporation with more than 2500 employees. We work and operate now completely differently to the early days: we’ve got funds, intimate knowledge of the market, and global recognition. But all the same the main things have stayed unchanged – ideas are still as vitally important as they were at the outset. And still, to this day, I never tire of repeating: “We’re here to save the world!”