This season’s eighth Formula 1 Grand Prix took place on June 24-26 in Spain on the relatively new and very innovative Valencia Street Circuit – one of the four urban curcuits to be used this season: 57 laps and 308 kilometers (191 miles) of tense rip-roaring supercar contest providing more than an hour and a half of delight for F1 fans.

The Valencia track is one of the newest in Formula 1. The city hosted its first race only in August 2008, after its industrial port area was transformed into a genuine cultural must-see centering on its race track. Incidentally, the first winner on the course was Felipe Massa – driving for Ferrari. 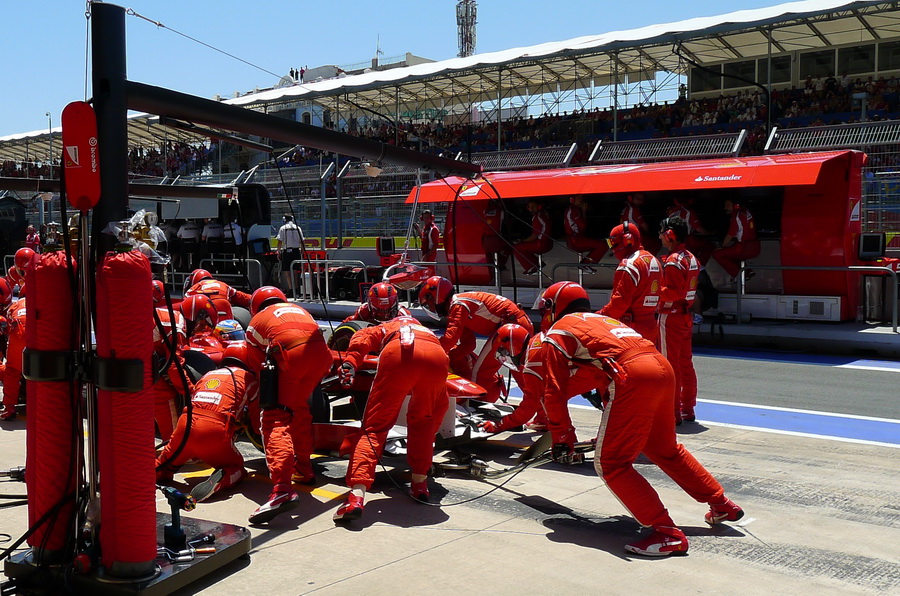 Formula 1 drivers and experts view the circuit as far from the simplest and rather challenging: there are a total of 25 turns (11 left and 14 right) and some of them are sharper than 90 degrees – and this is why they are not too keen on it, since it lacks overtaking opportunities. Nevertheless, the fastest ever speed recorded on the Valencia Street Circuit was 323 km/h (210 mph). The average speed of the winner of this race was 191 km/h (119 mph), and the best lap was made reaching a top speed higher than 260 km/h (162 mph). 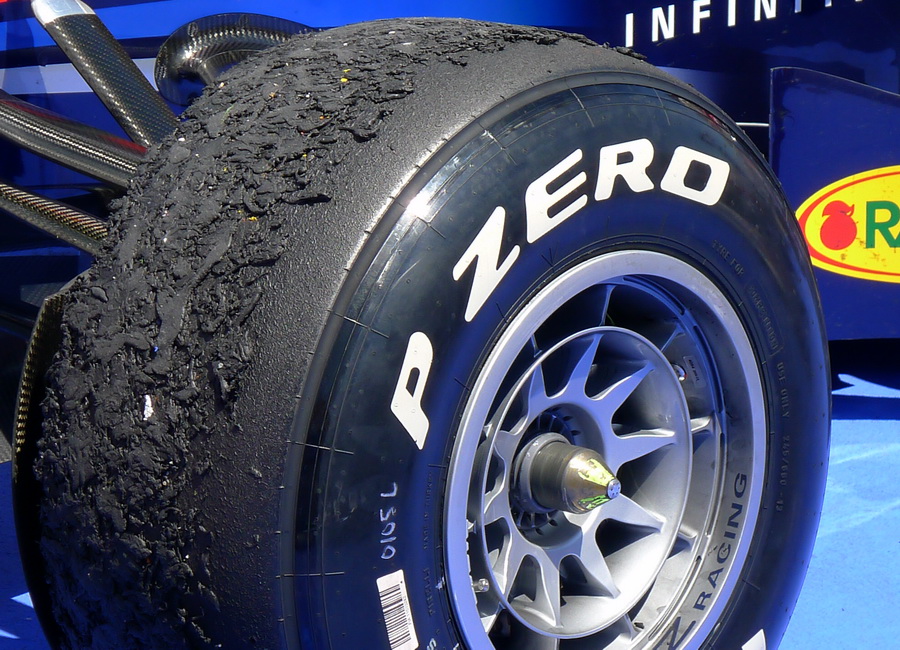 My congratulations to Fernando Alonso! Despite his car being qualified fourth in the grid, he returned an excellent result – coming in second – despite the difficulties in overtaking. Felipe Massa made a brilliant start and finished the race fifth, securing the Scuderia Ferrari team a satisfactory second place. Although Ferrari has publicly announced it is not dreaming of the gold anymore, it still ha has a chance to beat McLaren to second place. 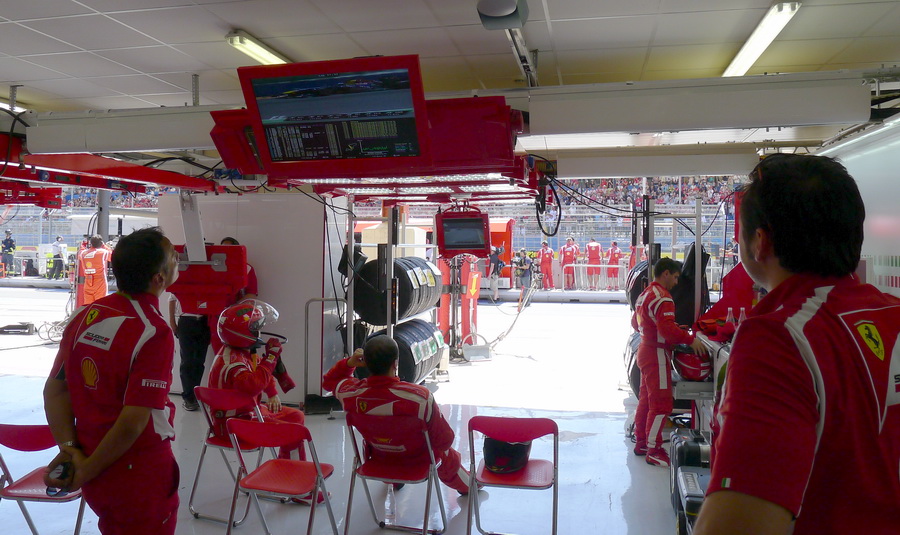 We decided to combine business with pleasure and so synchronized the race with a business event – the Spanish leg of the Kaspersky Lab international press tour. At the latter much was said about cyber-crime and protection against it, the history of the company and the dynamics of its development; generally – all as per usual. What was unusual though was the entertainment side of things, which I think and hope our guests will remember fondly and for a long time. 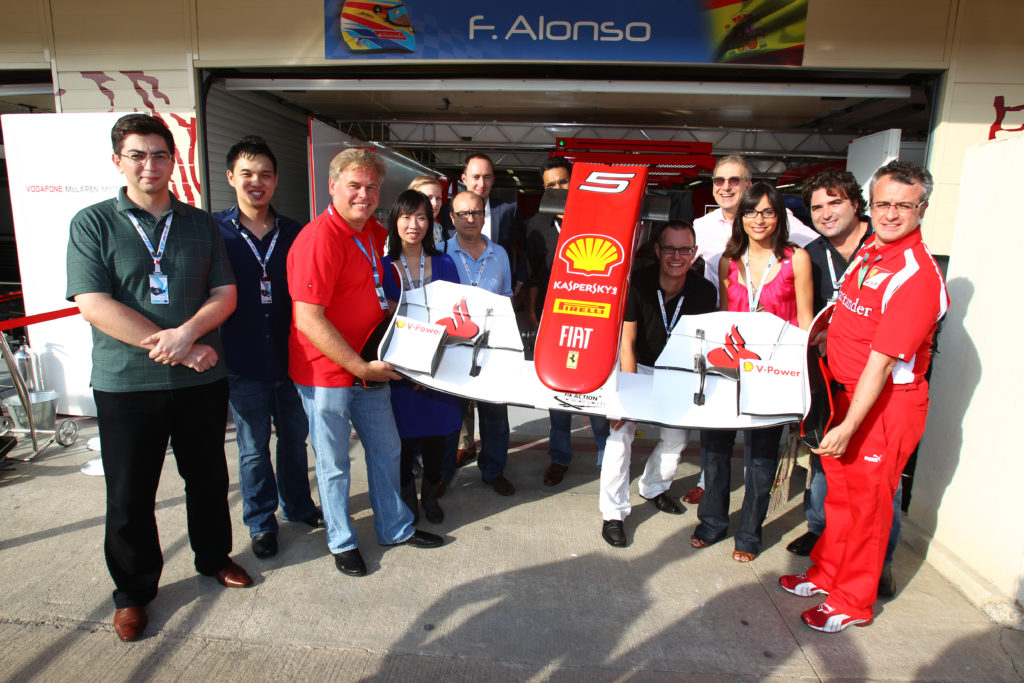 We started off with a trip to the Ferrari Formula 1 paddock for a tour of the mobile control center and pits. As part of the excursions Fernando Alonso and Felipe Massa themselves explained how the steering wheel of an F1 racing car works. With all its knobs, buttons and dials, it resembles more the controls in an airplane’s cockpit than the steering wheel of a car. But this is natural – after all, these supercars are true hi-technological works of art, and the crowning achievements of the auto industry.

The next day was spent at the showcase races of three specially track prepared Ferrari 430 and 458s. Helped by legendary racing drivers Giancarlo Fisichella and Marco Cioci and Alexander Moiseev, who drives for the Kaspersky Motorsport team in the Ferrari Challenge championship (more details on Facebook and Twitter), the guests took it in turns to sit in the cockpits to get a feel for the genuine article ultimate racing machines. 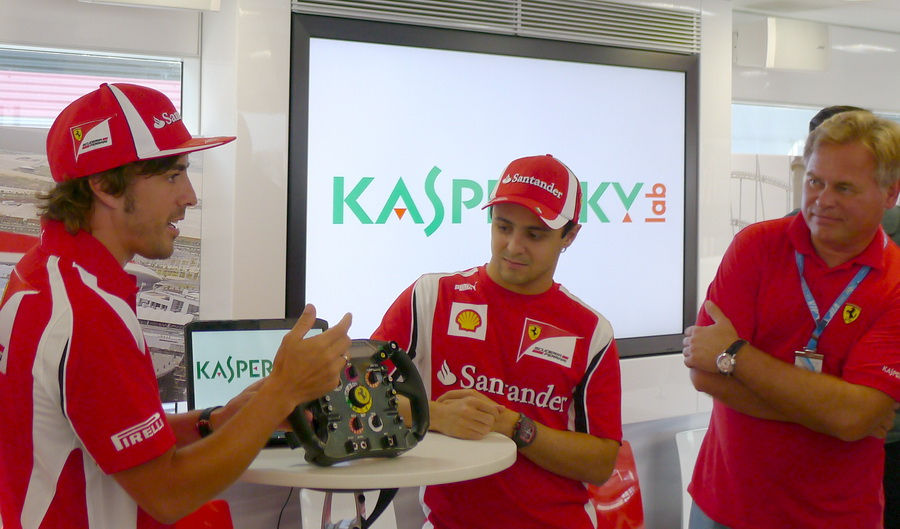 The next Grand Prix race will take place on July 8-10 at Silverstone in the UK. We wish the Ferrari team the best of luck!