The Egyptian Museum in Cairo is simply wonderful! The below pic shows the (entrance to the) current building, but the museum’s in the process of moving to a new, larger complex. Some of the exhibits have already been transferred, but plenty remain – certainly more than enough to fill half-a-day at least… 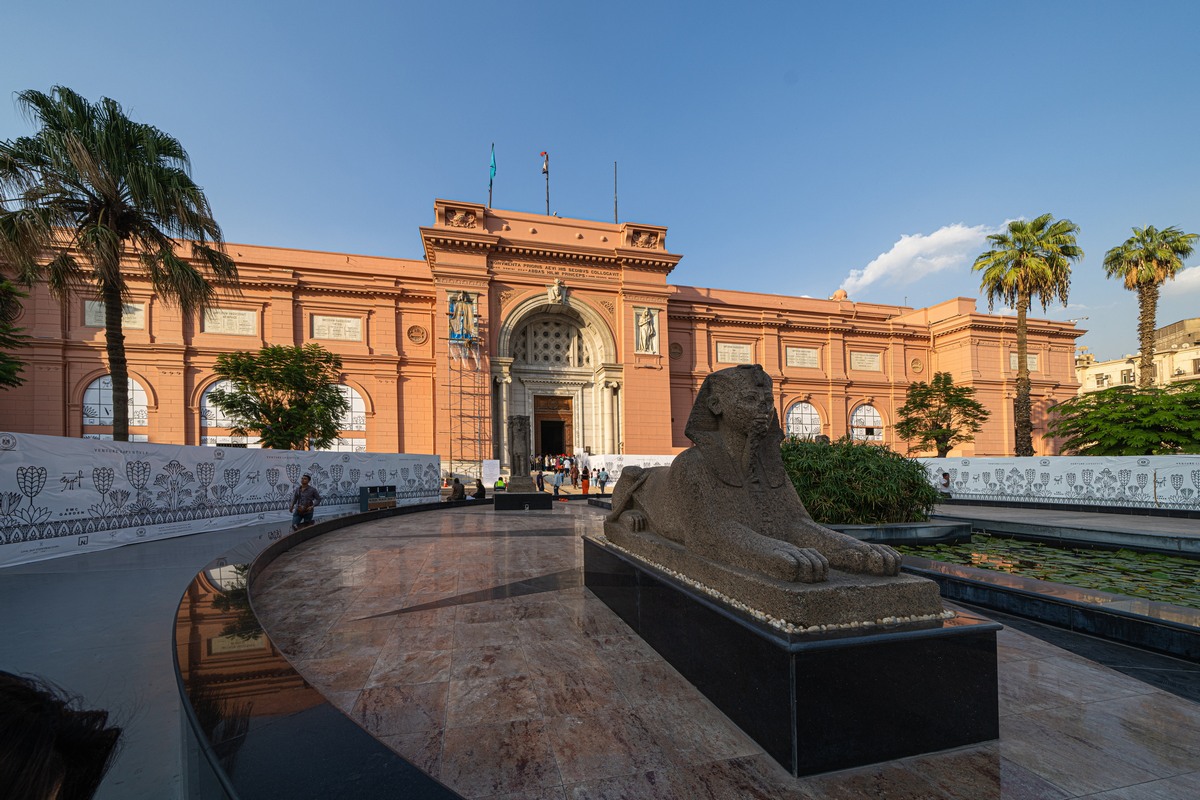 How long is needed for a full inspection of all the exhibits? I’m not really sure. And a lot would depend on how much detail your guide goes into regarding them all. If plenty – you’d need days here. We didn’t have days, so this was going to be an intensive excursion… 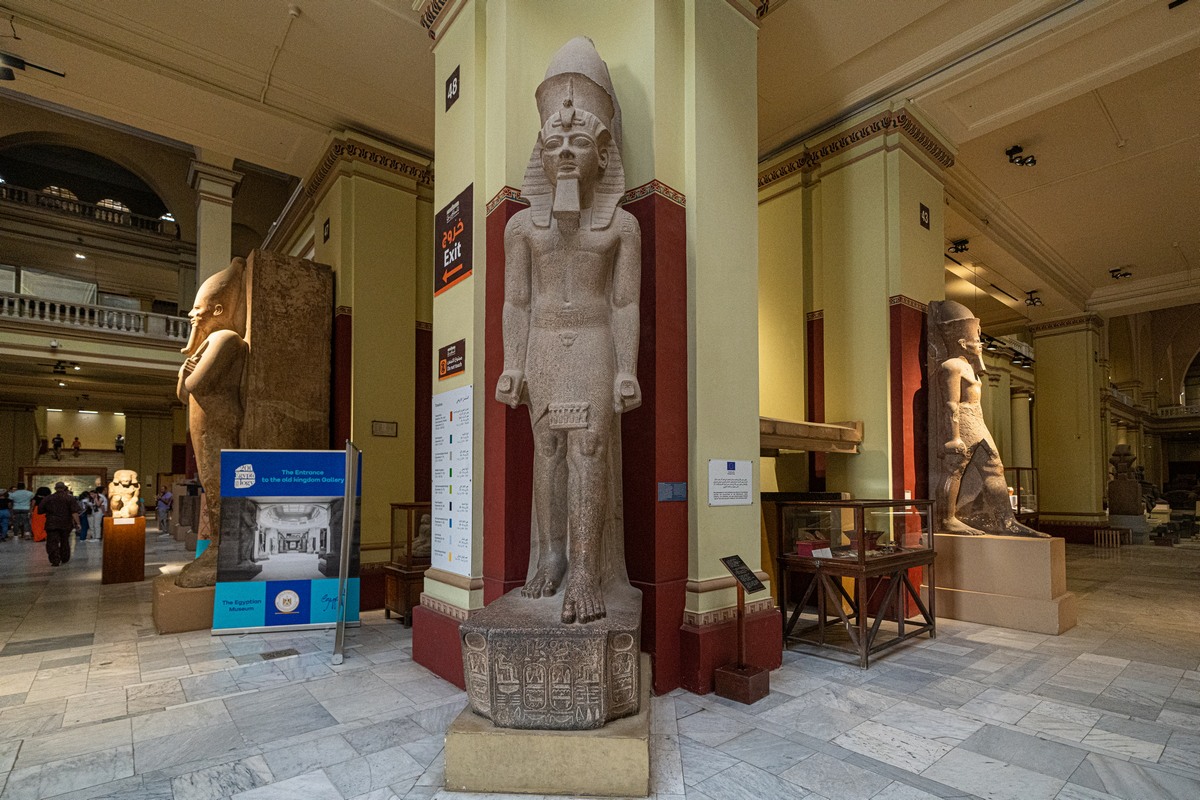 The second floor needs checking out too -> 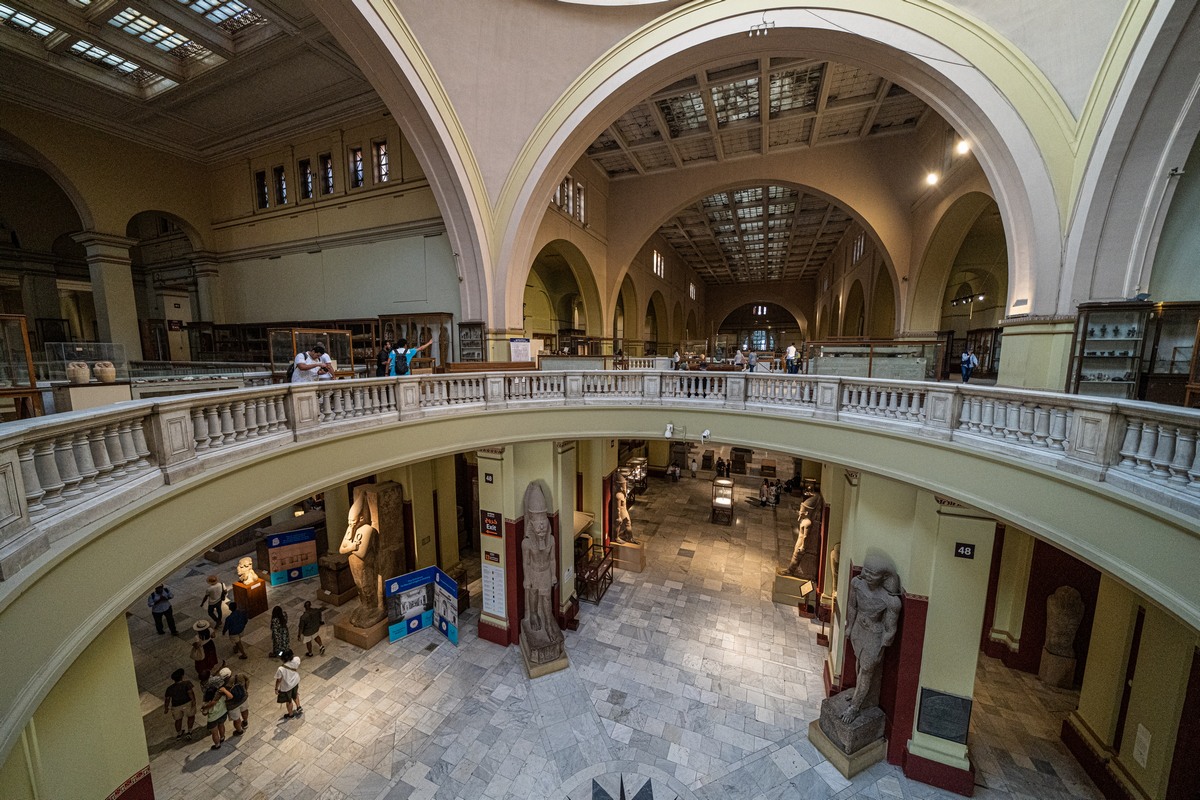 The artifacts vary considerably in size and form/type and period: from pint-sized to considerably sizable statues, and from the most ancient of Ancient Egyptian to Hellenic and Ancient Roman, respectively -> 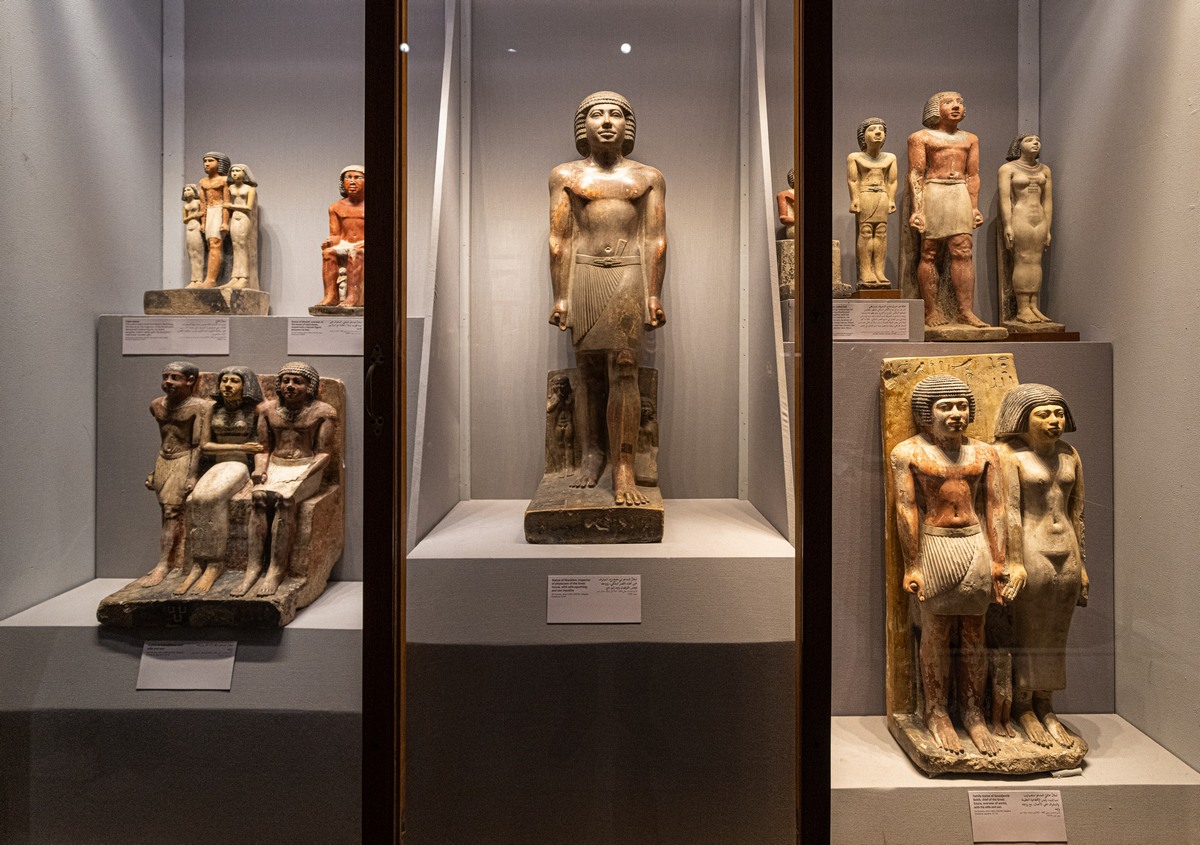 Khafre, a pharaoh of Ancient Egypt, who reigned for approximately 26 years around 2570BC: 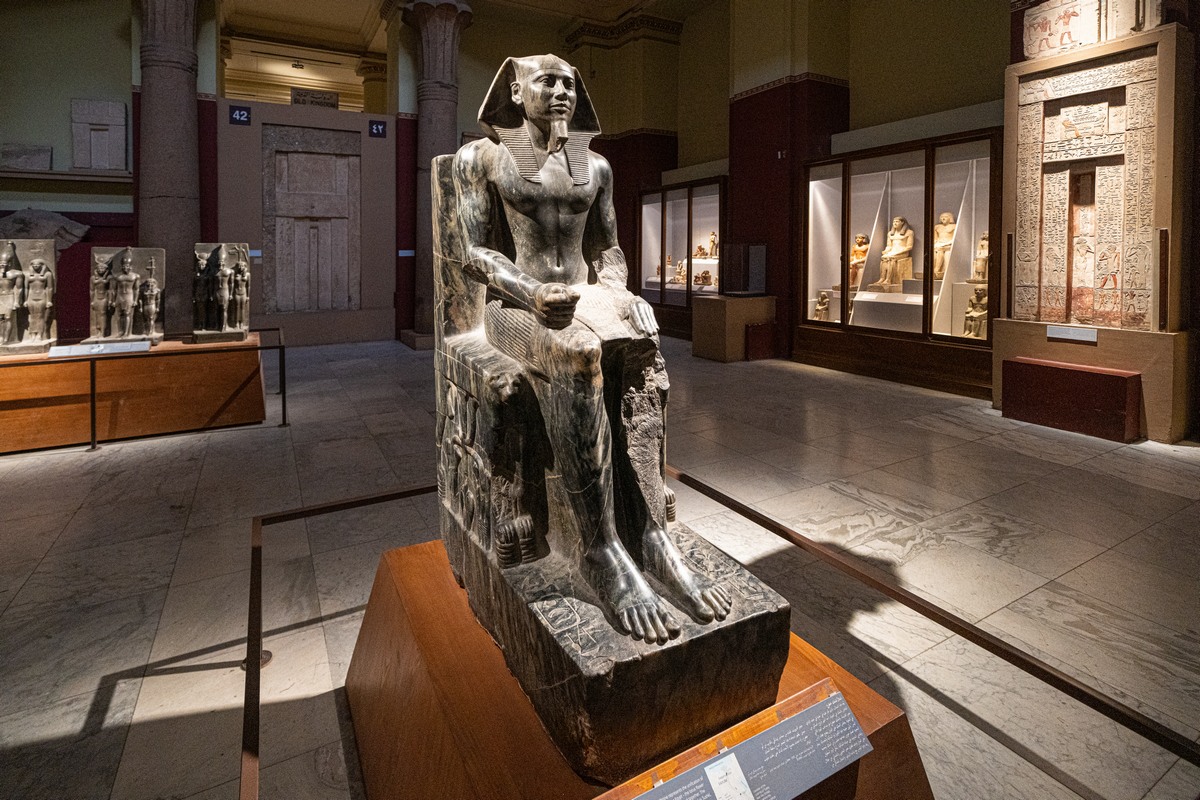 Our guide mentioned how the statue was sculpted out of some kind of super-durable mineral almost as tough as a diamond. I guess it could be so – it’s looking in good shape given it’s 4500+ years old! 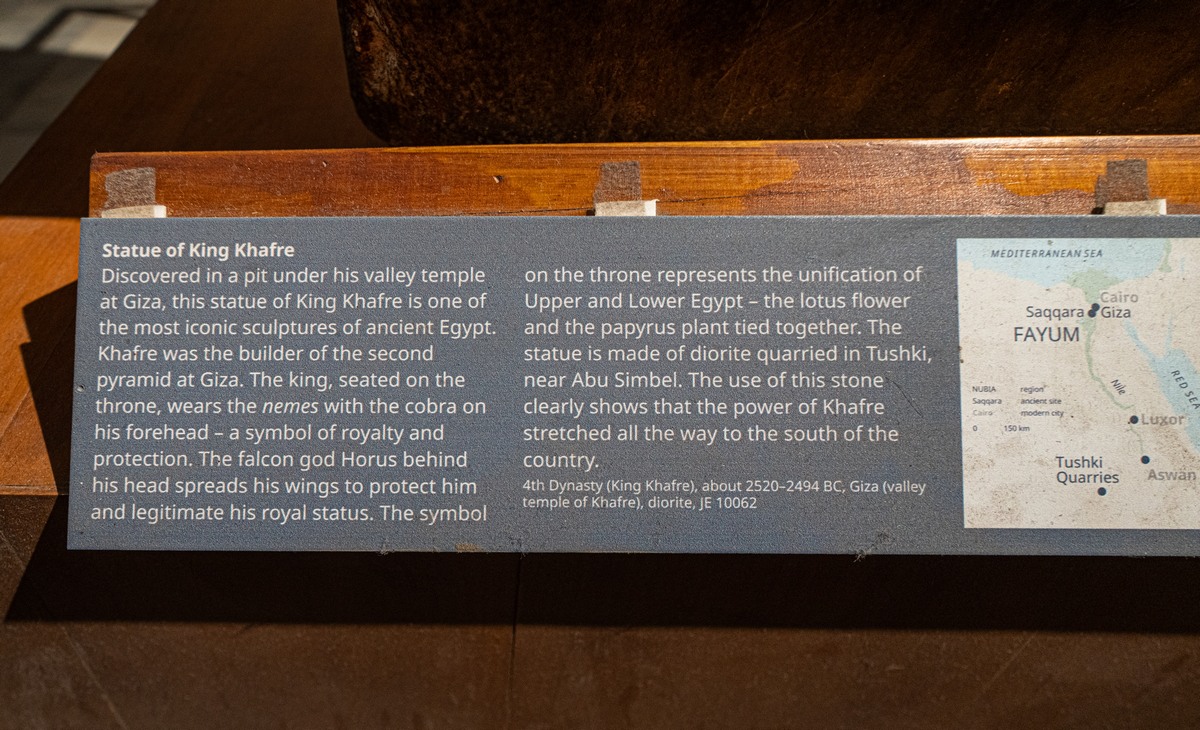 Still, I was – as ever – curious about the rock used for the statue. So, given I’m no mineralogist, I turned to the good “old” (everything’s relative:) trusty internet. Woah: our guide was right (respect!) – it was indeed chiseled (how?!) out of one of the hardest rocks on the planet: anorthosite gneiss. I’d never even heard of it (Microsoft Word’s spellchecker still hasn’t!). It’s not diamond (imagine a diamond that big!), but it’s a waaaay tougher than mere granite, and waaaaaaaaaaay tougher than the sandstone the Pyramids are made of.

We move next to the mummy hall… 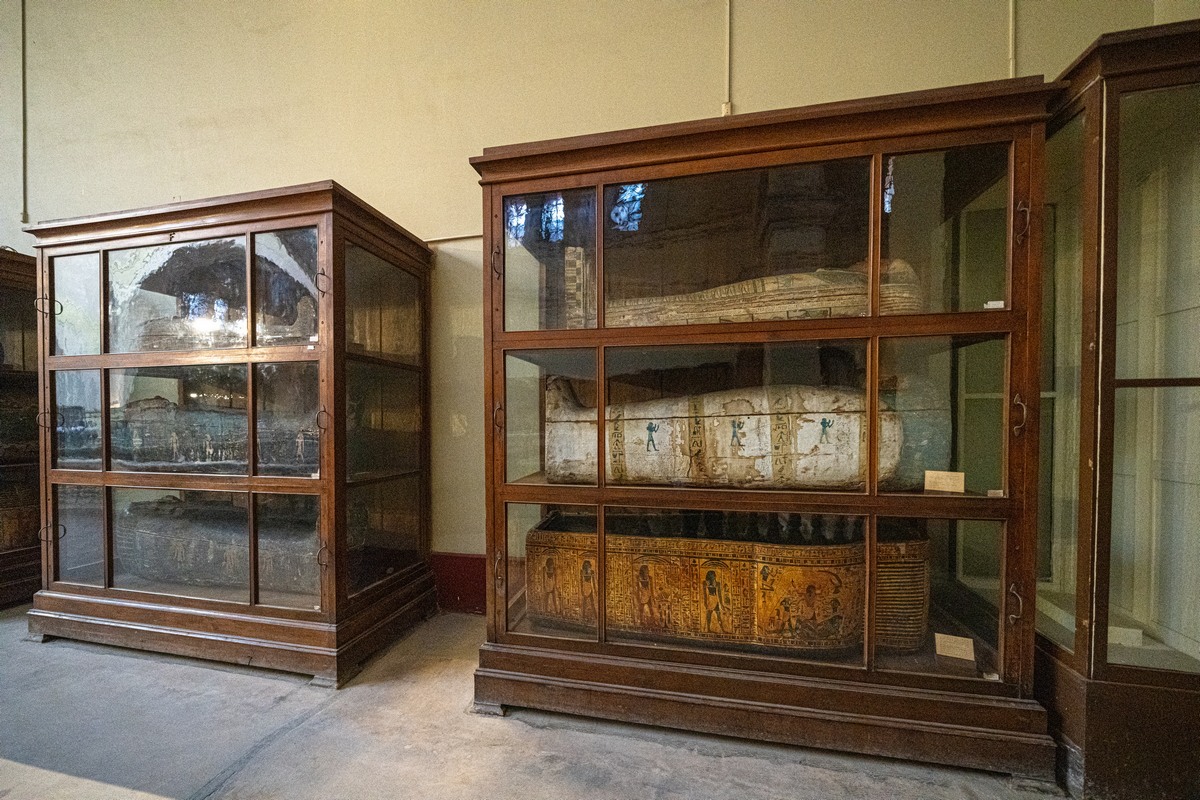 There are a great many of them too. Lots of coffins with embalmed corpses in… This got me thinking: are we sure we’re ok with the idea of these ancient caskets being dug up, taken from their sacred burial site, and transported to a museum for folks to gawp at? I’m not so sure. What do you think folks?!…

Now, excavating ancient ruins, searching for pottery and other such artefacts – maybe even a genuine masterpiece of some sort – that, I do believe, is a worthy, wholesome thing to do: the study of ancient history, digging up relics, building hypotheses and models of the evolution of the ancient world. It’s a wholly captivating undertaking too. I myself once worked as an archeologist for a day-and-a-half at the archeological digs at Akrotiri on Santorini (Greece) – and I even found a 5000 year-old statue there!

But to dig up graves – intended, 4500 years ago, to be sacredly sacrosanct just as much as today – and to extract therefrom human remains after they’ve lain there undisturbed for millennia in a peaceful afterlife, that’s something else, surely. I’d say it shows a gross lack of respect for folks from the distant past – or simply the dead, period. Dig, find, study, take photographs, make copies, analyze DNA – fine. But put it all back afterward exactly as it was. I reckon that’s way more proper and decent.

Apologies for this outburst folks, but seeing scores and scores of mummy cases, it simply wound me up. I mean – would you be ok with knowing that in a several thousand years your mortal remains would be on show for all to see in a museum? Wait… just writing that – I see that one common answer will be, “well why not? Not as if I’d notice or care!”. Yes, maybe. But what about for religious folks? Aaaaanyway. I just don’t like it. There! 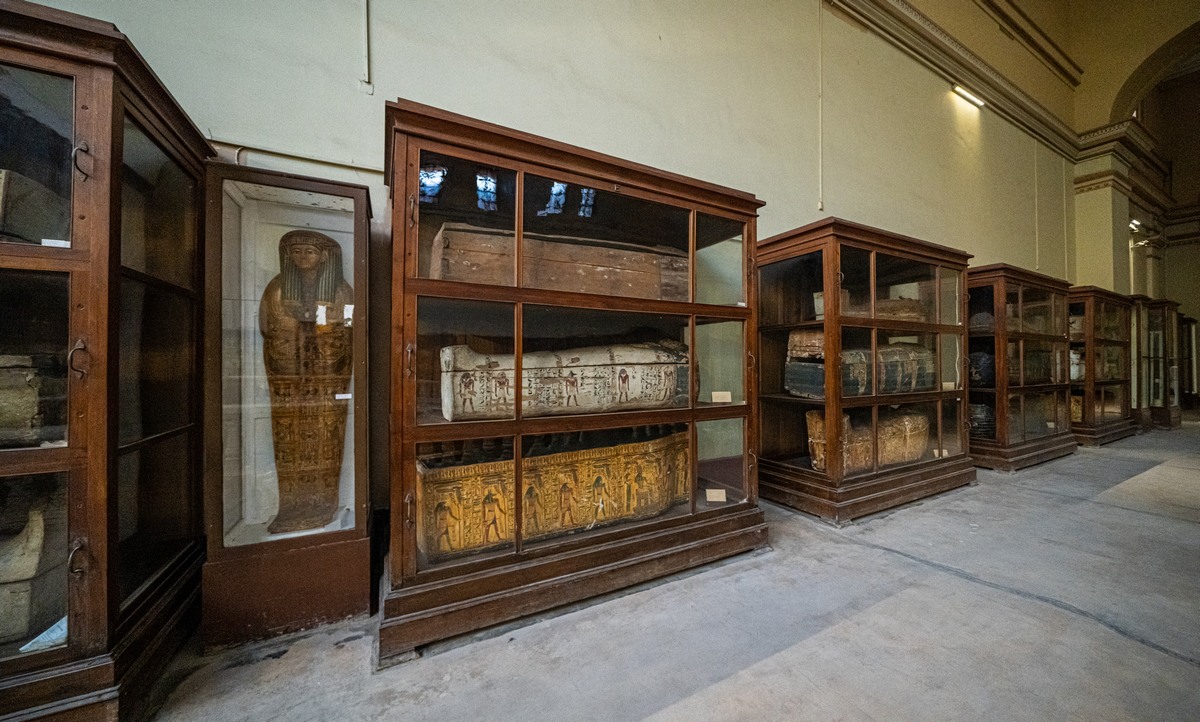 …Accordingly, we pass the human-mummy cases swiftly, and head to the next hall. Oh no – more mummies! But at least they’re of mummified animals (btw: the animals are case-less; the humans – they’re all (the ones I quickly glanced at, anyway) still in their cases. Maybe there is a degree of respect for the human dead after all?). 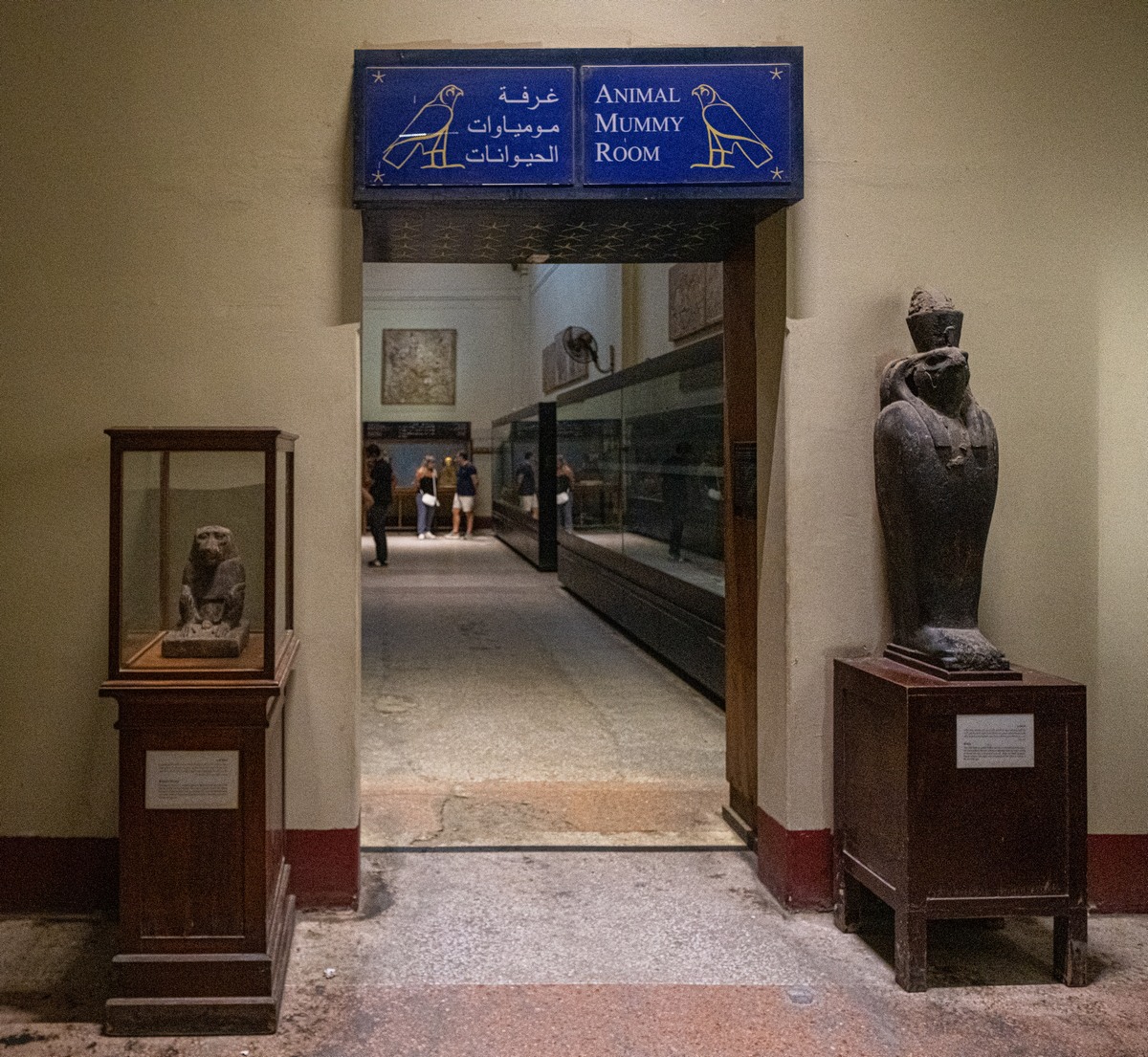 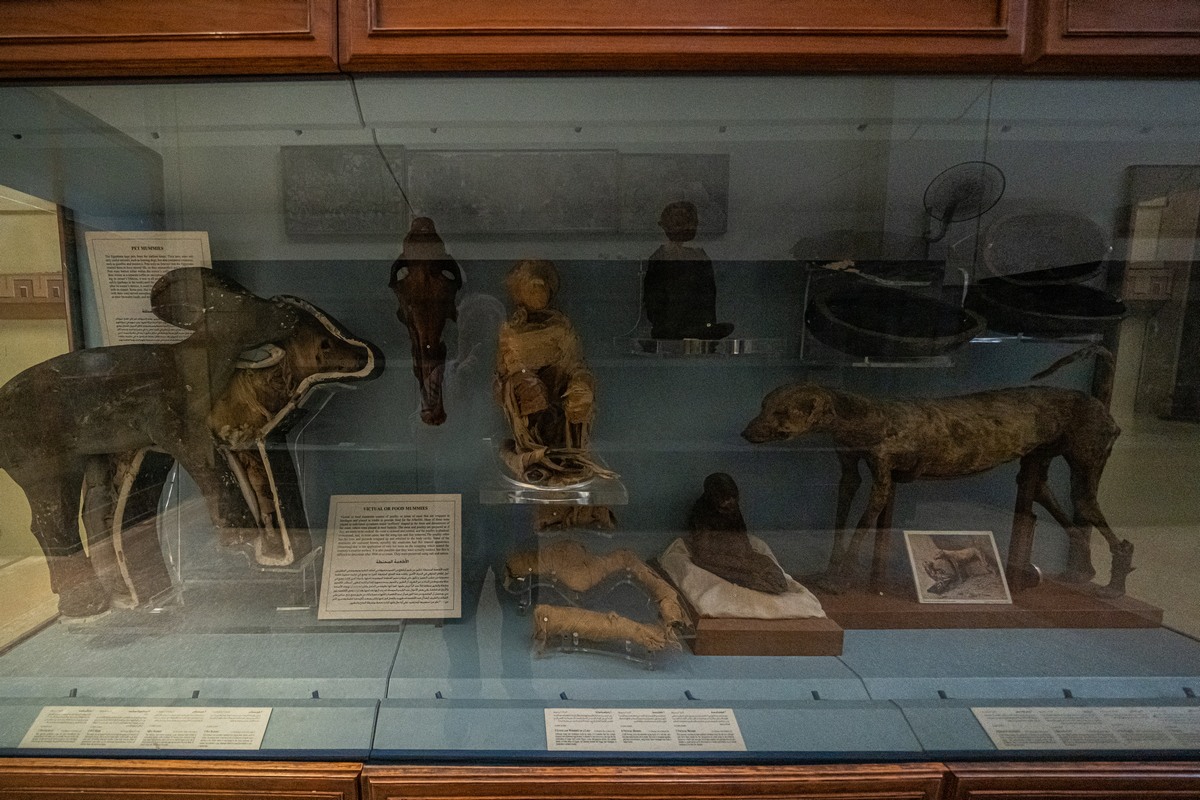 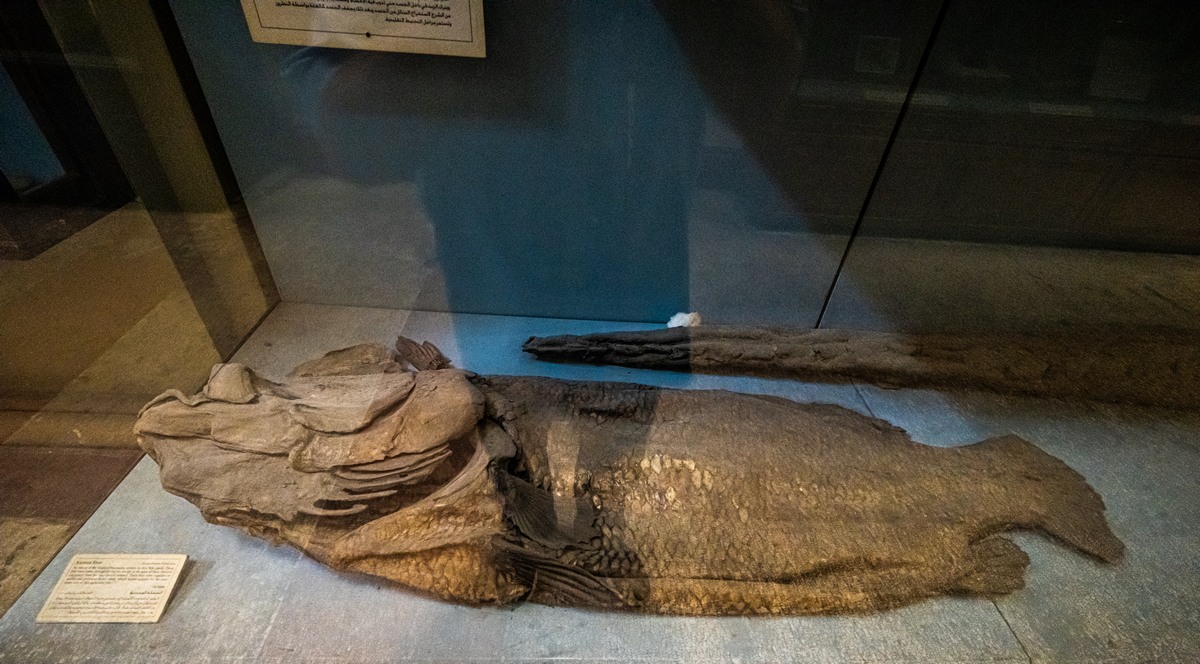 From here on we fairly raced through the rest of the museum, since we were short on time… 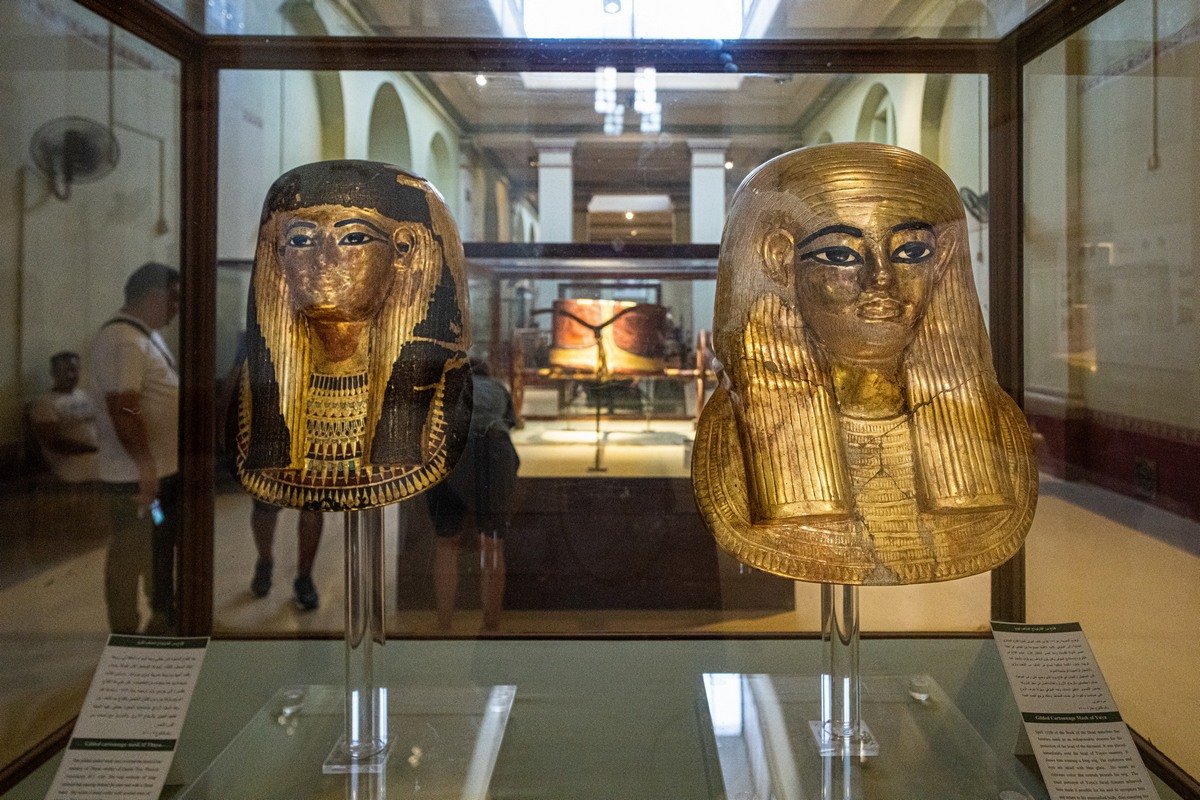 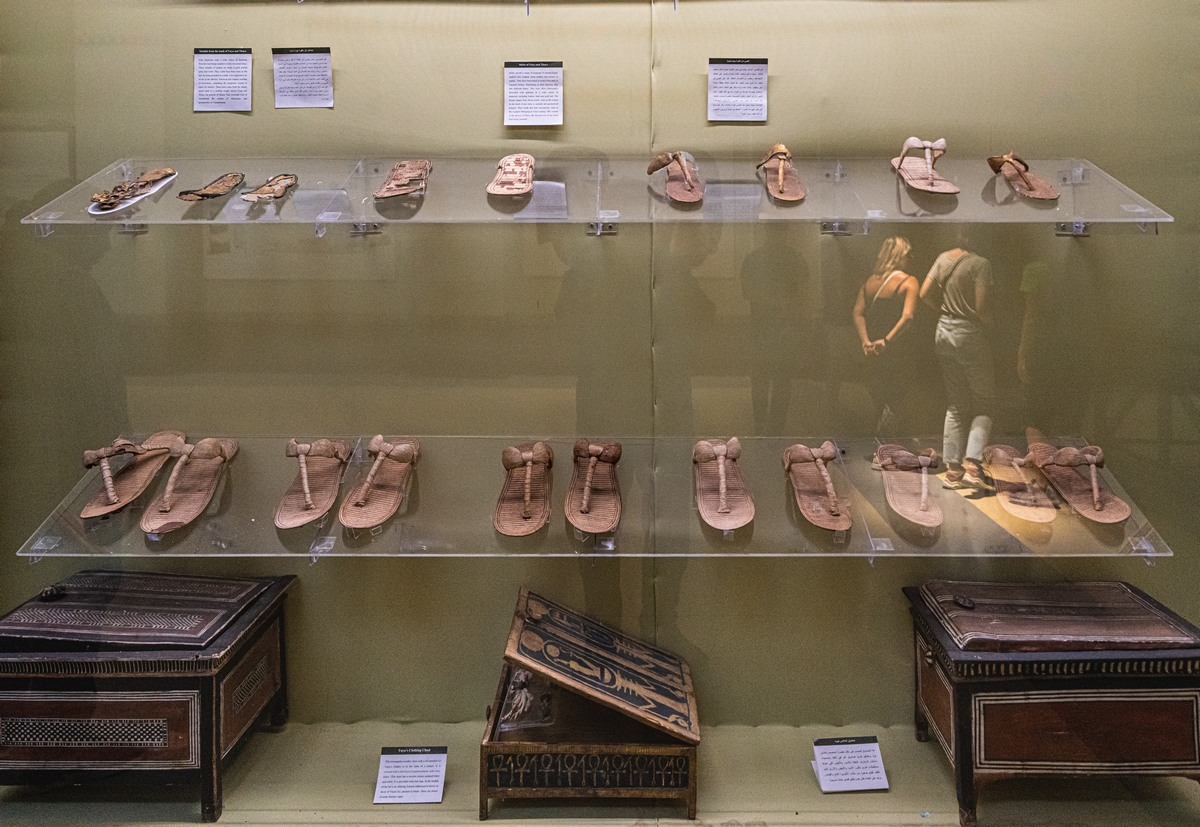 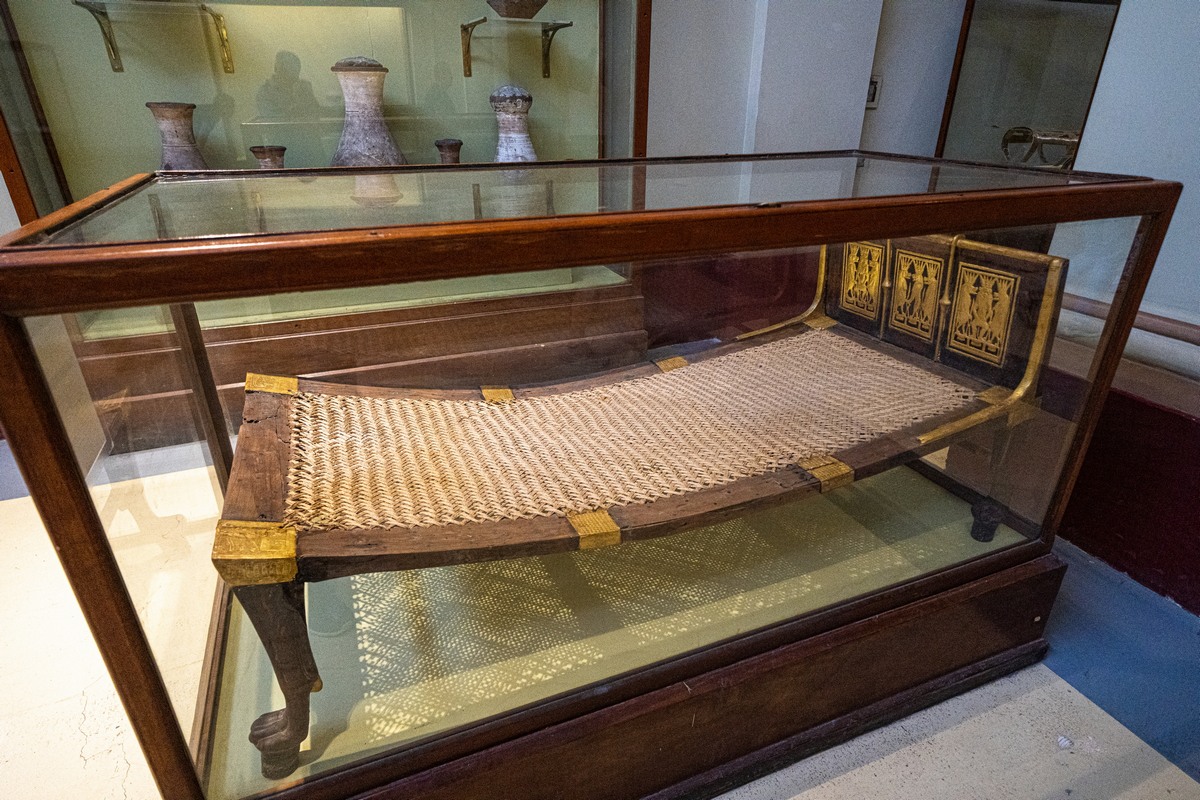 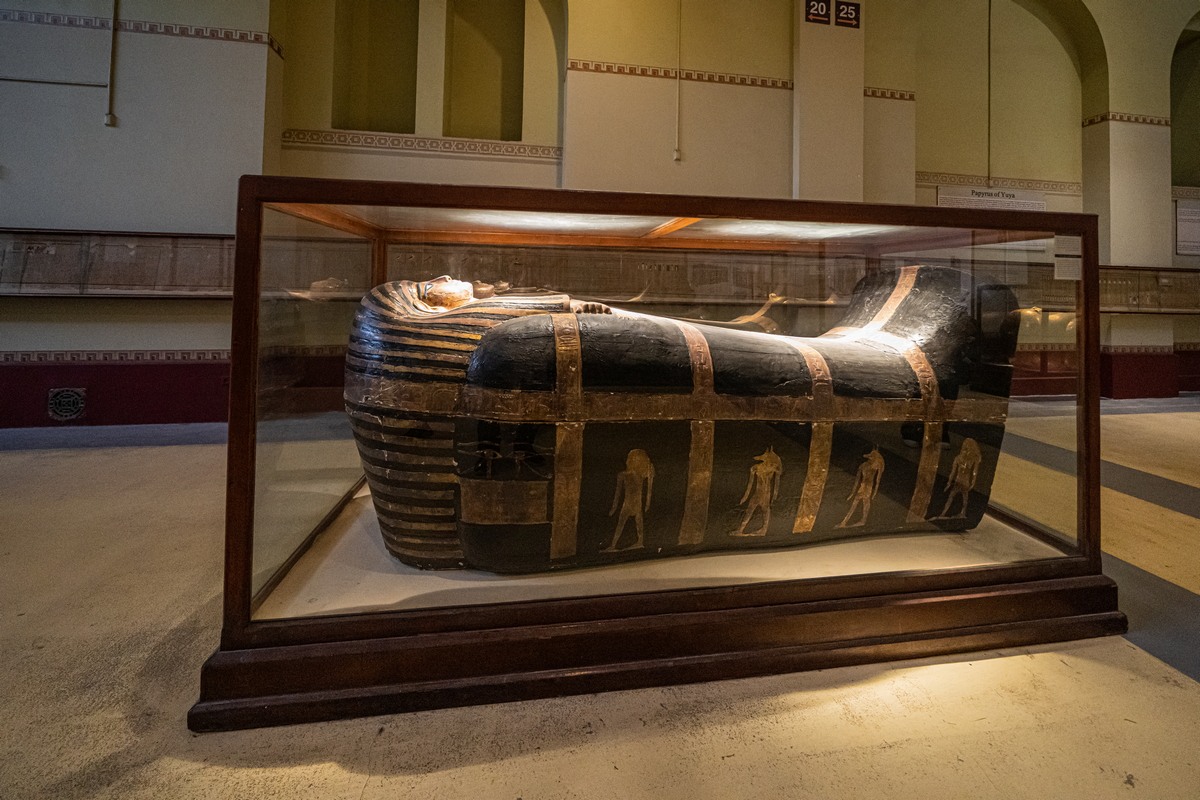 Thankfully we were there on the last day of October ) -> 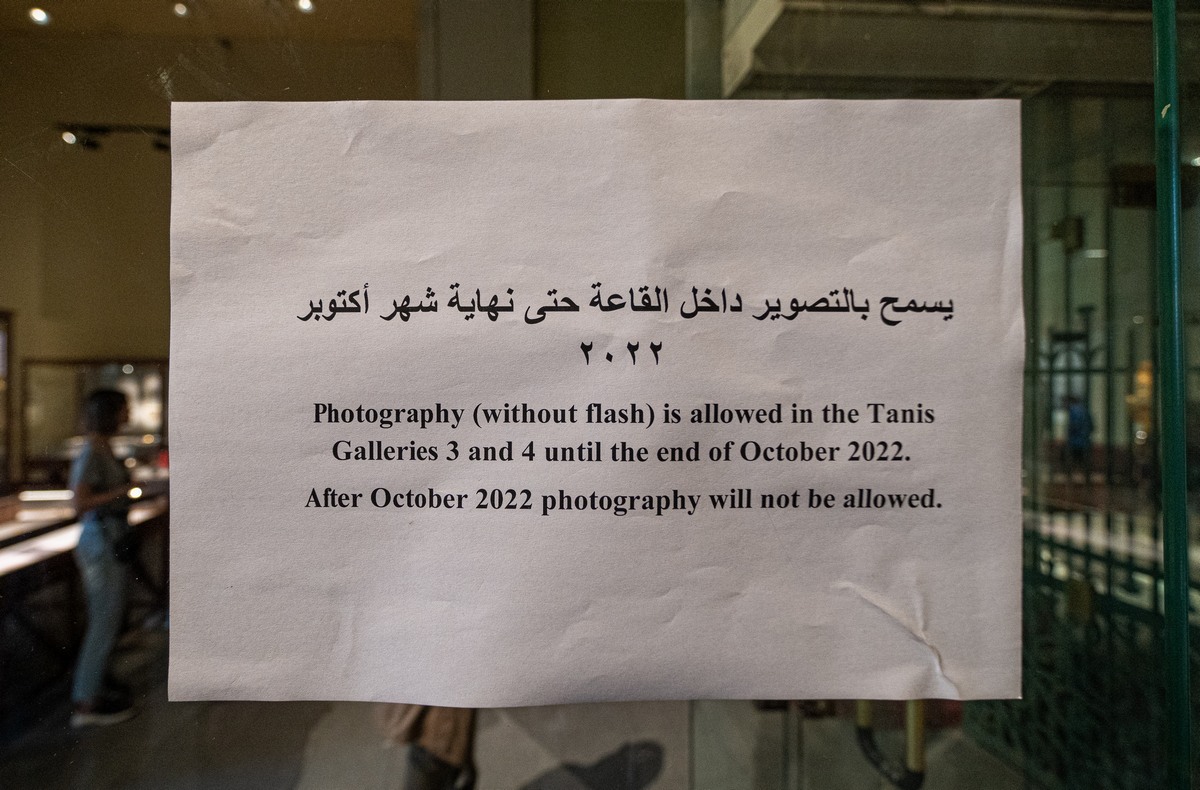 And that’s all from the Egyptian Museum folks. It was time for us to fly down to Luxor!…