Looking back occasionally – not forever forward – is a very worthwhile thing to do. We can neglect doing so out of habit; always working, improving, and constantly with a decidedly future-orientation. And as we do, we often think that, though we’re toiling away like troopers, the results are meager. But often it only seems that way because we don’t stop and look back on the progress we’ve made based on how things were in the past. So stop! Look back in awe at your achievements, go over mistakes made and learn from them, fill yourself with good vibes, and banish any thoughts of futility of work. Then get back to work!…

So here we go with a look back over our IP department’s past achievements. And straight off the bat – just one look at the following graph, for example, will banish all futile thoughts before you can say inventive step and non-obviousness: 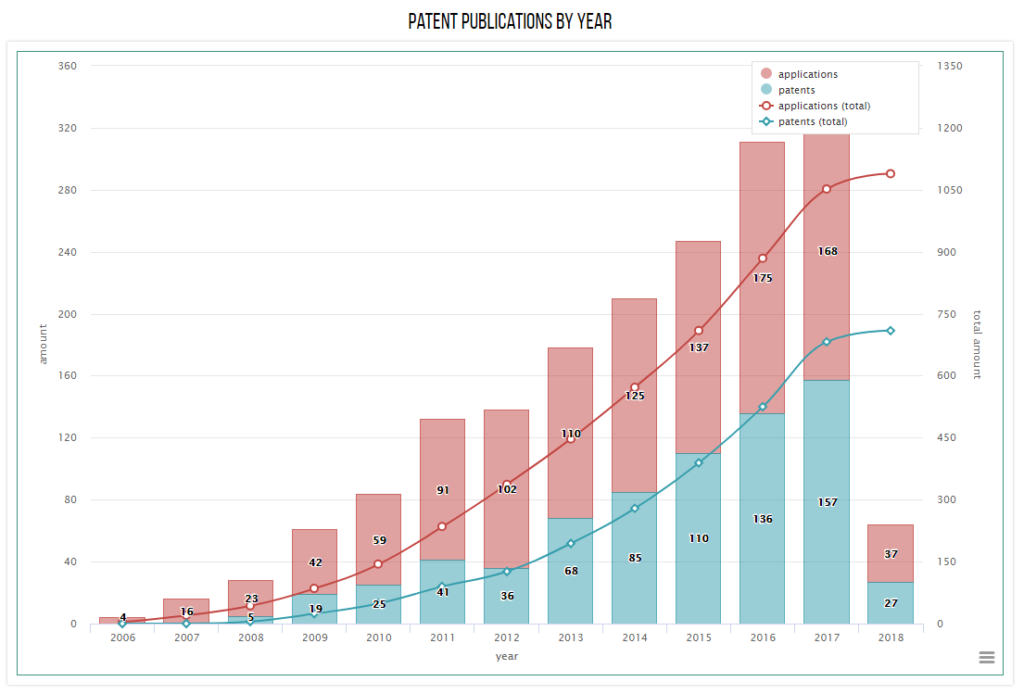 In the 13 years since its inception in 2005, the following is what we’ve achieved:

So as you can see, with a history of successes like our IP department has, looking back over it is very healthy. Especially when those successes were in uncharted waters.

The skeptic might say it’s a waste of time: modern-day Goliaths won’t be overcome by modern-day Davids: it’s much simpler and cheaper to simply pay off the trolls, avoid court (and stress), and spend your time and money doing more productive things. I couldn’t disagree more. Strategically that’s a road to nowhere. So we fight, and keep fighting – until the last bullet: theirs! Go David!

And another thing that inspires us is how there’s no end of work. The work’s interesting, useful, and courageously soldierly: stuff we identify with in our field – cybersecurity.